Posted on November 22, 2014 by Lachlan Paterson 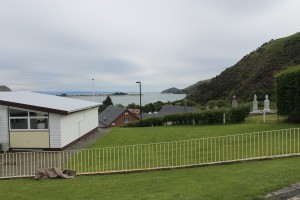 The beautiful historic setting of Ōtākou 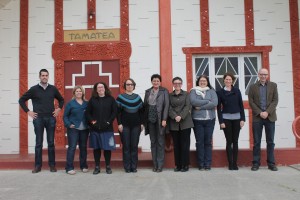 On Thursday and Friday (20-21 Nov) scholars assembled at Ōtākou marae, on the Otago Peninsula near Dunedin, for a pre-read symposium, “Rethinking Native Spaces: Indigenous Mobilities Across and Beyond the Antipodes”, co-organized by the Centre for Research on Colonial Culture of University of Otago and the Monash Indigenous Centre of Monash University. Attending were Tony Ballantyne, Michael Stevens, Angela Wanhalla and Lachy Paterson from CROCC and Rachel Standfield of MIC as well as Shino Konishi (University of Western Australia), Kristyn Harman (University of Tasmania), Tiffany Shellam (Deakin University), Regina Ganter (Griffith University) and Jane Carey (University of Wollongong). Unfortunately Lynette Russell of MIC was unable to attend. Research presented focused on a number of different aspects of Māori and Aboriginal travel in the colonial period, both within New Zealand and Australia but also further afield. A publication is planned. CROCC would like to acknowledge Rachel Standfield in particular for her hard work in bringing this event to fruition. 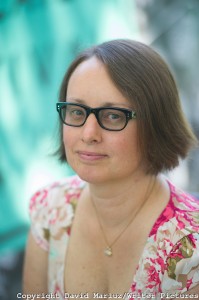 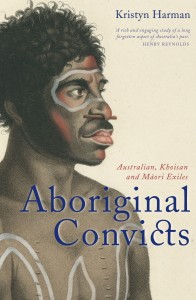 This week the Centre for Research on Colonial Culture welcomes Dr. Kristyn Harman (University of Tasmania) as a visiting research fellow to the centre. Kristyn lectures in Aboriginal Studies and has published widely on Aboriginal history, race relations, warfare, and colonialism in significant international journals like Journal of Colonialism and Colonial History and the Journal of Imperial and Commonwealth History. Her first book, Aboriginal Convicts: Australian, Khoisan, and Maori Exiles (UNSW Press, 2012) was awarded the prestigious Kay Daniels prize in 2014 by the Australian Historical Association. Kristyn is visiting for two weeks, where she will be based in an office in the Department of History and Art History and during her time here will present her research at a CRoCC symposium on Indigenous mobilities in history, as well as discuss a new project on PoWs at Featherston during WWII at the Migrant Cross-Cultural Encounters conference (24-26 November).