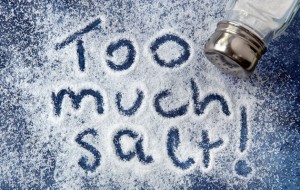 The new observational study – the PURE Study by O’Donnell et al – was the focus of the former blog post. Although it was large multi-country study, it is vital to place the PURE Study in context and consider the total body of evidence around salt intake. And not just in terms of quantity, but also quality.

In our previous blog post we alluded to the overall evidence around salt being harmful to health – and undoubtedly so at high levels. Additionally, our colleagues have also emphasised that the evidence from randomised controlled trials should be weighted more heavily than the results of the PURE Study by itself. We agree with this, and highlight the following key findings from randomised trial data that preceded the PURE Study:

Further thoughts on the limitations with the “PURE” Study

1. Our discussions with colleagues also generated more in-depth discussion on the limitations of the PURE Study: As noted previously the authors of the PURE Study used spot urine measures (and only a single measure) rather than the gold standard of 24-hour urines to measure sodium (see also this systematic review of 20 studies (6)). Our colleagues reiterated the limitations with this measure (though we still doubt that this potential source of measurement error could contribute to the U-shaped relationship found in the PURE Study).

2. Limitations with the Kawasaki formula used in the PURE Study to estimate 24-hour sodium intake from spot urines – in particular with this potentially causing substantial over-estimates in sodium intake in the PURE Study (see comments by Professor Bruce Neal in the “Comments” part of the previous blog post). Again, though, we struggle to see how this formula could generate a spurious U-shape curve – possible, but unlikely.

3. “Reverse causation cannot be completely ruled out” as the PURE authors’ state. Reverse causation would arise if early CVD or other diseases caused a lowering of salt intake or excretion. The authors did adjust in their analyses for various known diseases and certain risk factors, and exclude CVD events in the first two years post-diagnosis in sensitivity analyses (although this greatly reduced the number of events given only a median 3.7 year follow-up). If these adjustments and exclusion were inadequate to completely rule out reverse causation, it could be that undiagnosed pathological processes were reducing their sodium excretion and contributing to the higher death rate in this group (the left side of the reported U-shaped association) or that medications were reducing sodium intake. Indeed, the PURE Study reports that the group found to have the lowest sodium excretion also had the highest: LDL levels, prevalence of a history of CVD, prevalence of diabetes, alcohol intake and medication use for each of 4 types of CVD medication (other differences were the lowest male to female ratio and highest calorie intake which may also be relevant; see Table 1 of O’Donnell et al). It is our view, now, that reverse causation is the most likely spurious cause of a U-shaped association. One way to resolve this is with longer follow-up of the PURE Study – which is frustrating in that we are now waiting another five years or so for a more definitive answer.

Collectively these limitations should raise suggestions that the various findings from the PURE Study (no harm until very high sodium intakes and a U-shaped relationship) should be treated cautiously and seen as less important that the randomised trial evidence detailed above.

Where to from here?

1. Watch for the inevitable correspondence regarding this paper in the NEJM that addresses the above concerns, and any other arising critiques.

2. Wait for longer follow-up of the PURE Study – although this is not that helpful for policy-makers now! Alternatively, we could wait until the large cluster-randomised trial in China is completed (7).

3. Although many public health and nutritional scientists may be reassured by the overall state of the evidence – we suspect that some policy makers might not be. Therefore there might still be a case for the World Health Organization (WHO) to establish a high-level review panel and re-clarify the state of the evidence and the future research agenda (as we suggested previously). Such a panel may have maximum credibility if it just had scientists with no past publications relating to dietary salt and health.

4. In the meantime public health policy is, we believe justified to continue with sodium reduction actions that target the high end of the salt intake spectrum and are unlikely to impact on those with very low salt intake. These include:

i) Regulations on setting maximum levels of sodium in the very saltiest of foods e.g., sauces and processed meats. This may also encourage more manufacturers to replace sodium with potassium (NaCl with KCl) in these products (see this recent meta-analysis of 5 RCTs using salt substitutes and the benefits for lowering blood pressure (8)).

iii) Encouraging the food industry to reformulate their processed foods (possibly one of the reasons for the success of a recent UK salt reduction campaign (10)). Indeed, this is a focus for the Heart Foundation in NZ, which had had success with reducing sodium in NZ bread, breakfast cereals and margarine in the past (11). The Foundation is now working with other food manufacturers e.g., Continental products such as soups and spreads (12).

5. Probably justified to consider a wider range of options:

i)        A tax on junk food (as recently introduced in Mexico) – which would target foods high in sugar, saturated fat and sodium. Revenue from such a tax could fund nutrition interventions such as healthy school lunches.

ii)      A tax on salt itself eg, at the point at which it leaves the salt production facility. Of note is that Hungary has a tax on salty snacks.

iii)    Regulations on maximum salt levels in a wide range of foods e.g., as in some European countries (13) and recently South Africa (14).

All these options could be considered in the NZ context – given the high levels of intake in this country (see Appendix). In particular reducing population salt intakes would probably be pro-equity given higher background CVD rates among Māori.

It seems that the totality of evidence – and particularly the randomised trial data, suggests it would be beneficial for health authorities to continue acting to reduce dietary salt intakes. Many options exist, from more cautious approaches to bolder ones such as junk food taxes.

Acknowledgements: We thank very much those people who commented on the previous blog and also those who contributed to our multi-agency journal club on the PURE Study.

2. Law MR, Morris JK, Wald NJ: Use of blood pressure lowering drugs in the prevention of cardiovascular disease: meta-analysis of 147 randomised trials in the context of expectations from prospective epidemiological studies. BMJ 2009, 338:b1665.

11. Young L, Swinburn B: Impact of the Pick the Tick food information programme on the salt content of food in New Zealand. Health Promotion International 2002, 17(1):13-19.