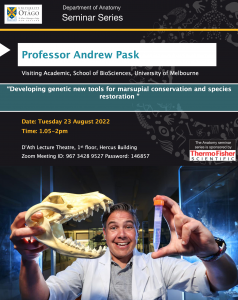 Professor Andrew Pask (School of BioSciences, University of Melbourne) is visiting Dunedin next week and will be giving a special seminar on Tuesday 23rd August at 1 pm in the D’Ath Lecture Theatre. Prof. Pask has worked on marsupial development[...]
View Calendar
Add

World Rat Day, yes it is a real thing, was founded 20 years ago by a group that loved their pet rats! Their aim was to challenge the stigma surrounding these creatures and promote their welfare. Dr Catherine Collins (Department of Anatomy, University of Otago) uses ancient DNA (aDNA) to better understand population origins and changes in human populations through time. Here she tells us about her work with the Kiore, and its importance to our understanding of how the Pacific, including Aotearoa, was settled by humans.

The kiore, or Pacific Rat (Rattus exulans), is the smallest of the three rat species found in Aotearaoa (R. exulans, Rattus norvegicus, and Rattus rattus). Today, kiore are the third most widely distributed Rattus species, and are distributed from mainland Southeast Asia, through Island Southeast Asia and throughout the Pacific1. Skeletal remains from kiore first appear in the Pacific, in Remote Oceania in archaeological sites of Lapita settlements and are found in many Lapita, and later Polynesian, archaeological sites in the Pacific2. 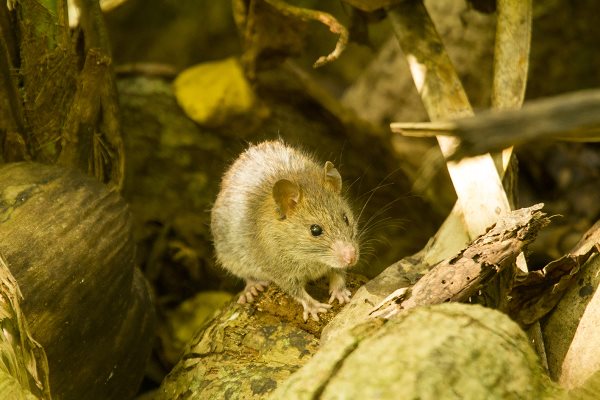 Kiore were introduced to Aotearoa around 1280C3, and were the only rat species present here until the introduction of the Norway (R. norvegicus) and Ship rats (Rattus rattus) in the late 18th century. Since the spread of Norway and Ship rats, kiore are now limited to parts of Fiordland, Southland and south Westland, and 18 offshore islands4. Kiore have been eradicated from many offshore islands that they previously inhabited, as part of pest eradication efforts. However, they are also considered to be taonga by some Māori. Consequently, kiore are protected, with Ngātiwai as kaitiaki, on the islands of Mauitaha and Araara off the coast of Northland5. As kiore are taonga, I am fortunate to work with iwi from across Aotearoa to learn more about kiore. 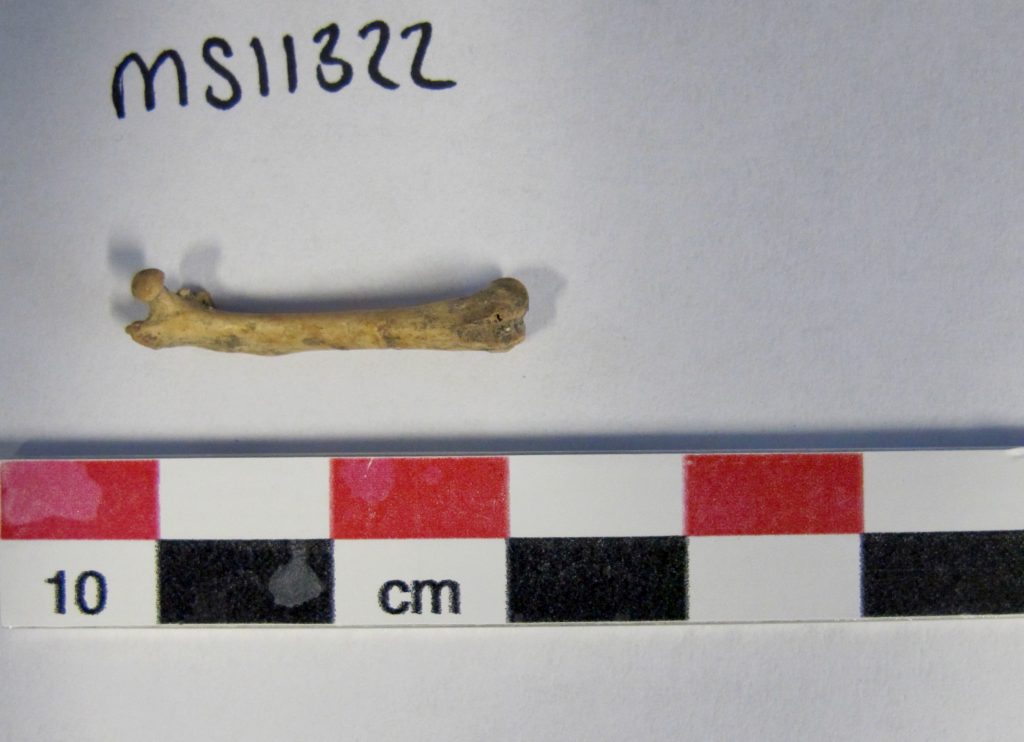 A kiore femur from a Pacific archaeological site – we would use about half of this bone to extract DNA from with current protocols.

Kiore are poor swimmers, so cannot settle new islands without some assistance – their present day distribution is a result of kiore being carried in the waka of people as they settled islands in the Pacific. Kiore were not the only animals that were introduced to Pacific islands in this way; kuri (Pacific dog), chickens and pigs, along with many plant species, were also important to Pacific peoples and transported with them to new islands. This relationship between kiore and humans means that by studying the genomics of kiore, we can further develop our understanding of the settlement of the Pacific, and ultimately Aotearoa. Matisoo-Smith et al.6 first applied the ‘commensal model’ to the Pacific, by studying a short region of mitochondrial DNA of kiore, to understand the relationships between kiore of different islands. Similarities and differences in genetic sequences of kiore from different islands in the Pacific can tell us how likely it is that those populations are related to one another. This data can then be used to inform hypotheses about the origin of the people in the same waka as the kiore. Genomic data from kiore alone is not sufficient to draw conclusions about these settlement processes, but when interpreted alongside human and other commensal genomic data, archaeological and linguistic data, and indigenous knowledge, we can begin to build a holistic hypothesis about the settlement of this region. 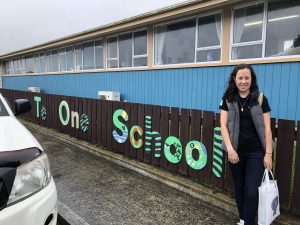 Catherine visiting Te One School on Rēkohu/Chatham Island, to talk to tauira about kiore genomics

To obtain this data, I sequence DNA extracted from both modern kiore and archaeological kiore bones. The ancient DNA (aDNA) from kiore bones gives us some insight into a ‘snapshot’ in time in the past. With laboratory and sequencing technologies these days we can sequence complete mitochondrial genomes and nuclear markers (or complete nuclear genomes) from both the modern and ancient kiore. This gives us a much higher resolution dataset than what was previously available. You can think of it as the difference between only having a few pieces of a jigsaw puzzle versus having all of the pieces.

5. Department of Conservation (2010) DOC and Ngatiwai Trust Board sign management agreement for two of the Marotere (Chicken) Islands http://www.doc.govt.nz/news/media-releases/2010/doc-and-ngatiwai-trust-board-sign-management-agreement-for-two-of-the-marotere-chicken-islands.