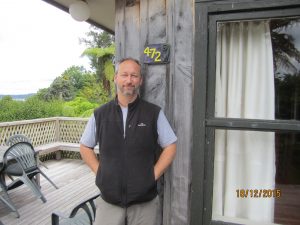 Not that Phil himself would have thought that’s where life would lead when he began work with the New Zealand Forest Service after first getting his forestry degree.
With deer culling part of the job description, Phil’s early career is ‘unusual’ for someone who now lectures in the Department of Mathematics and Statistics. But more than that, the work also exposed him to many of the harsh realities of life in some of New Zealand’s more isolated towns.

“My forestry experience [in the Central North Island] put me in small Māori communities,” Phil says. “And it left me with a deep sense of the challenges that these communities face.”

Fast forward to today—via a PhD at North Carolina State University in the States – and the desire to find “practical ways of making a difference” for Māori remains one of Phil’s main motivations. And that’s where modern genetic techniques come in.

“I see these technologies as having almost emancipatory power to Māori communities,” Phil explains. “We’re finding genes that cause or contribute to disease, and some of these genes are specific to Māori communities. Gene-based interventions can therefore be developed for those communities — it’s a tool in the kete (basket) that can and has had real benefits.”

One project Phil’s been heavily involved with is cataloguing the DNA variants in Māori populations to create a “data set to enable faster disease diagnosis”. In fact, analysing this sort of data is what quantitative genetics is all about; for instance, using statistical analysis to estimate disease risk and so “help people make informed choices”. 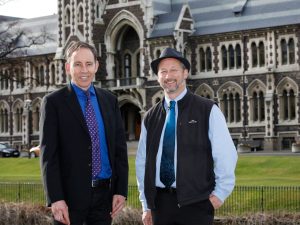 “It’s a very practical way of making a difference,” Phil says. Indeed, the practical applications of quantitative genetics are so great that many of his students “are getting jobs before they graduate. It’s a data-rich day and age, and having analytical skills is more and more needed for good employment pathways.”

But genetics can also provide a pathway linking modern science to traditional tikanga Māori, Phil reckons, for example in the way that genetics “broadly aligns with the ancestry aspects of whakapapa”. This has allowed scientists like Phil to “open up conversations” and design “ethical frameworks” around genetic research that takes tikanga into account.

“I’ve been mentored by Māori community leaders, kaumātua, with a different view of the world than academics—it’s a wider, more holistic view where they have to deliver solutions for their people.”

As well as being “informed and inspired” by these Māori world views, Phil’s also now more appreciative of how tikanga-informed genetics has “the potential for greater good”.
“We don’t have to leave tikanga at the door; instead tikanga opens doors,” he says. “It’s been an honour and a privilege to be doing this at the flax roots.”

And as for Phil’s own outdoor roots, hunting, diving and fishing still keeps him in touch with whenua and whānau, and provides a welcome balance to a busy academic life.