Film in the Colony

The Film in the Colony Symposium, held at Ngā Taonga Sound and Vision, Wellington, 13-14 July, produced some great discussions and a fine array of films in the face of some wild Wellington weather. The symposium focused on the convergence of film, film-making, the emergence of nation and interactions between peoples in colonial contexts, with an emphasis on New Zealand, South Africa and Australia. The symposium opened with two screenings on Wednesday night: Edward Curtis’s In the Land of the Headhunters (1914; Aaron Glass who was involved in the restoration of this film provided us with a commentary in the form of a recorded powerpoint), and Charles Chauvel’s Jedda (1955), introduced by Tasha James from the Australian National Film and Sound Archive.

The opening keynote speaker on Thursday, Ian-Malcolm Rijsdijk, began with a fabulous map, charting the world as it was filmed in Southern California, and, pointing out where ‘beginning with the question of how film ‘takes place’ in particular locations, moved to a wide-ranging discussion of cinema and decolonisation in South Africa, particularly in the light of the unrest currently dominating South African campuses. How do we make the archive of colonial film valuable to students trying to move away from colonial thinking? How to make it meaningful, and to find a language for discussing it? His point that colonialism is a structure, not an event, was one many found compelling. 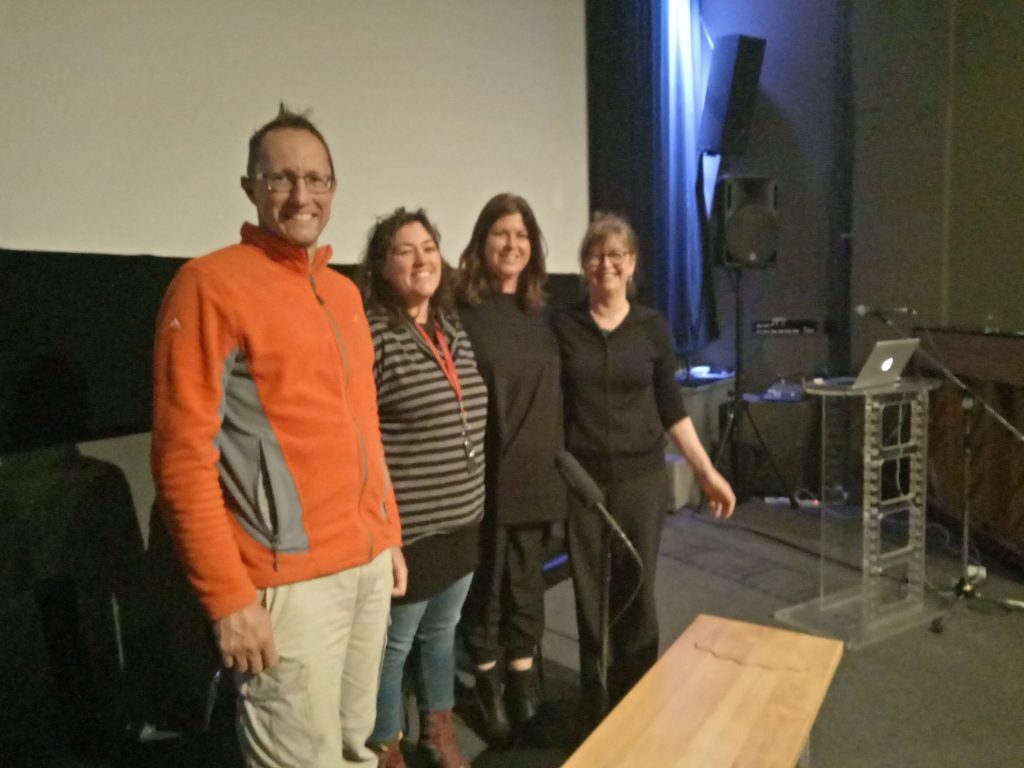 From here the focus switched to New Zealand’s early cinema, with Minette Hillyer’s rich account of the visit of ‘Paramount’s Red Indians’ to Rotorua in 1927, and Mark Derby’s discussion of Gaston Melies’ film-making enterprise in the South Seas in 1912, which set us up well for a documentary on Melies’ tour of the Pacific and South East Asia. Alex Porter charted a journey in the other direction, with Len Lye’s departure from New Zealand to London via Samoa, a trip which resulted in his remarkable Tusalava of 1929 – which we then had the privilege of viewing.

Three papers with very different takes on Rudall Hayward’s silent The Te Kooti Trail of 1927 followed: Jani K Wilson compared two of the film’s Ngāti Awa audiences, the second including members of her own hapū; Brendan Sheridan discussed kūpapa in New Zealand Wars films; and Annabel Cooper investigated some of the film’s imagined and real communities. These papers were followed by a screening of the film brilliantly accompanied by pianist Nikau Palm – a treat followed by dinner at Siem Reap. 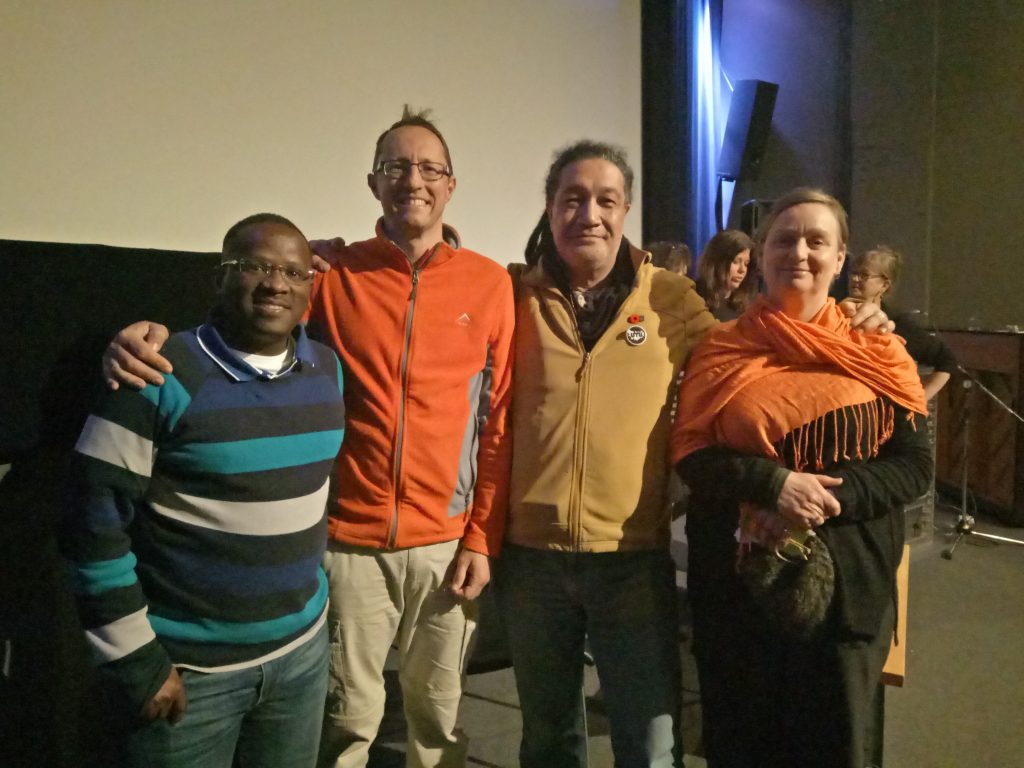 Friday began with a panel discussion which brought together Honiana Love (Te Ātiawa) and Lawrence Wharerau (Ngāpuhi) from Ngā Taonga with Natalie Robertson (Ngāti Porou), who combined discussion of the evolving relationships between whānau, films and archives, with commentaries on a sequence of films. Natalie, whose whānau appear in the film, talked us through James McDonald’s Scenes of Maori Life on the East Coast, enriching the film with her information about who the people are and where, the significance of their filmed work, and the signs that they were performing their customary labour for the camera, rather than simply going about daily activities. As we watched the Ahipara Women’s Fire Brigade rally to community defence, and fertiliser spreading on Te Puea’s Farm, Honiana and Lawrence discussed the archival detective work of finding out about films and the relationships developing between the archive and communities. 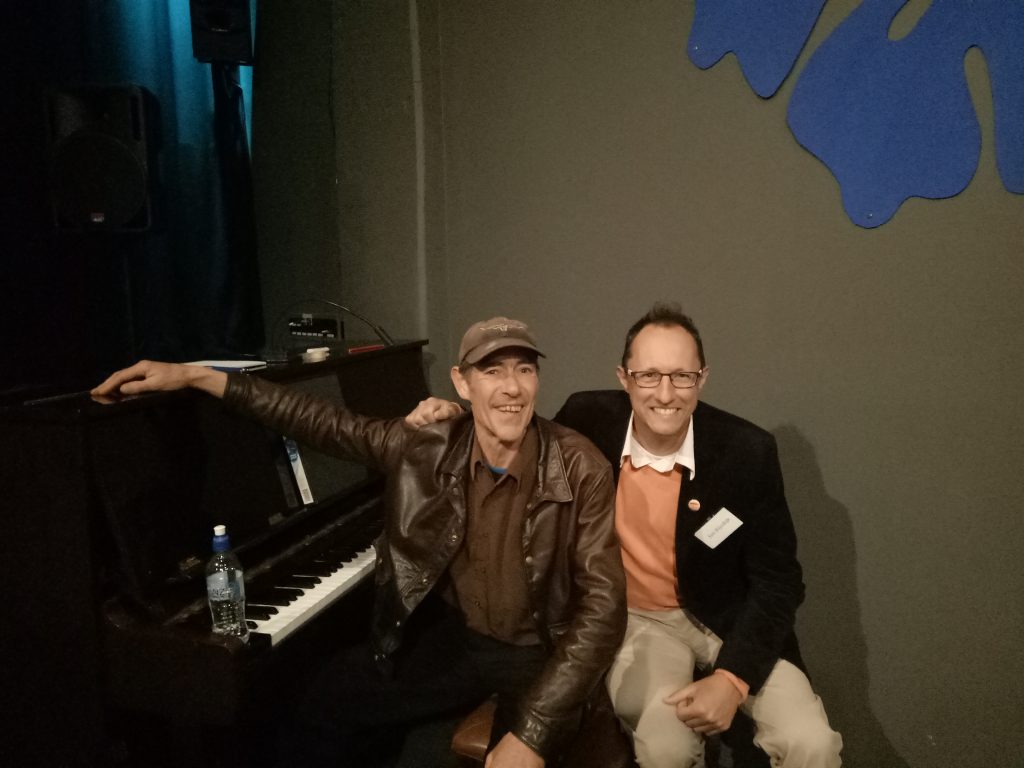 The session on sound brought together Mel Cross’s illustration of how Alfred Hill’s score affords a specific Maoriland resonance to Hayward’s Rewi’s Last Stand (1940); Allison Craven and Ben Palmer’s investigation of the voices of Aboriginal people in Charles Chauvel’s Uncivilised (1936); and – in a return to Rotorua – Aleisha Ward’s account of the contentious production of the first jazz film made in New Zealand, (a publicity film for Epi Shalfoon and the Melody Boys).

Megan Tamati-Quennell gave us an introduction to Lisa Reihana’s Native Portraits N.19897, which had screened through the symposium, and was followed by Felicity Barnes’s elegant revival of a neglected genre, the trade film in Australia and New Zealand. Offered a sample (Captured Sunshine), we wondered with 21st-century amazement at their bygone popularity.

Litheko Modisane closed with an analysis of the career of South African actor Ken Gampu, whose career spanned the apartheid and post-apartheid eras. Gathering up some of the larger themes of the symposium, Litheko asked how audiences could now view Gampu’s earlier work – how can a decolonising society appreciate the colonial legacy, and what vocabulary is there for analysing it. Litheko’s analysis of the complexities of Gampu’s role in Dingaka (1964) was followed by a closing panel and then screenings of Dingaka and Rewi’s Last Stand.

CRoCC would like to extend warm thanks to those who helped organise the symposium: Diane Pivac, Honiana Love and Lawrence Wharerau (Ngā Taonga), Minette Hillyer and Jo Smith (Victoria University of Wellington), Sue Lang, Helen O’Sullivan and Bronwyn Craig (University of Otago).

This entry was posted in Centre News, Symposium by Angela Wanhalla. Bookmark the permalink.