The NZ Government has published proposals for an Action Plan to achieve the Smokefree Aotearoa 2025 Goal. This blog is one of a series examining key aspects of the proposals to help inform the debate and submissions. Here we examine the illicit tobacco trade. We examine the extent of the problem in NZ, consider how proposals in the Action Plan could affect the illicit tobacco trade in NZ, and discuss ways of mitigating any potential problems. 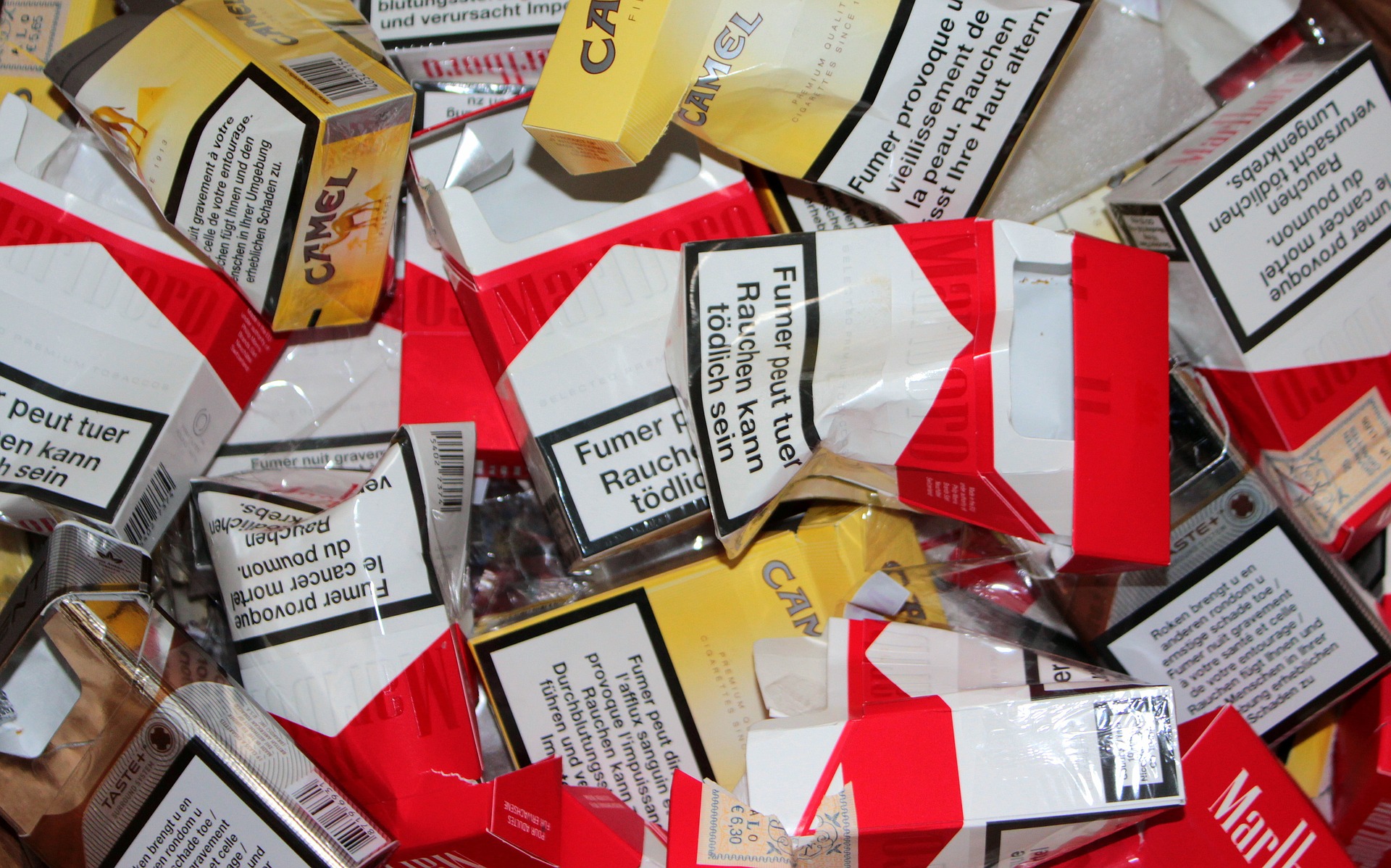 Image by Myriams-Fotos from Pixabay

The NZ Government’s Smokefree Discussion Document states the amount of tobacco products being smuggled into NZ has increased in recent years, a claim also articulated in recent media reports (such as here and here); it also suggests some of the proposed measures could “contribute to an increase in illicit trade in tobacco” (p.10). These comments imply associations between public health measures and illicit trade, yet, globally, tobacco control policies are not the principal drivers of illicit tobacco trade [1]. Levels of illicit tobacco are higher in countries with weaker enforcement and penalties, and greater corruption, in part because these settings offer organised crime networks more opportunities to operate. Further, settings that lack government policies on illicit trade of tobacco products, or where illicit trade is generally accepted, also see more active black markets [1].

Illicit tobacco trade is by its nature notoriously difficult to measure [2]. One independent NZ study published in 2009 reported that of 1310 littered packs collected, only 42 foreign packs were identified (3.2%, 95% CI: 2.4% to 4.3%) [3]. Since some of the packs were probably discarded by tourists, the authors suggested that smuggled packs would be at lower levels than these values. A similar study in 2012/13 found that 5.8% of 1673 littered packs were foreign, an increase that could partly reflect the growth of tourism in NZ [4]. A study by ASH NZ based on data from 2010 to 2013 estimated illicit tobacco consumption was between 1.8 and 3.9% of NZ’s total tobacco consumption. As is the case in many countries, the NZ Government does not produce its own official estimates of the country’s illicit tobacco trade. However, via email the NZ Customs has provided an estimate that illicit tobacco currently makes up around 6-7% of tobacco consumed in this country [5].

Tobacco companies consistently use arguments about illicit trade to oppose tobacco control measures [8]. For example, they have claimed that tobacco tax drives illicit trade [9] and asserted that standardised tobacco packaging is easier to counterfeit. Yet these claims are not supported by independent research [6, 10, 11]. As noted in a 2019 World Bank report on illicit tobacco: “The tobacco industry commonly argues that higher taxes and prices (as well as other tobacco control measures), will motivate customers to buy illegal products rather than smoking less or quitting… Numerous empirical analyses, across a diversity of countries… refute this argument” [12].

Collectively, the industry’s vested interest in presenting illicit trade as highly problematic and their long-standing track record of manipulating scientific evidence means we cannot simply take their arguments about illicit trade at face value.  The NZ Government’s expectations of the impact the proposed smokefree measures may have on NZ’s illicit trade should not be based on estimates or claims sourced from tobacco companies or reports they have commissioned.

How would the proposals affect illicit trade in NZ?

Since the main measures proposed by the Government are so innovative and have, for the most part, not been implemented elsewhere, there are few data about whether they could increase illicit tobacco trade. Actions to make tobacco products less addictive (by reducing nicotine to very low levels) and less appealing could theoretically create a demand for illicit products. Yet the widespread availability of vaping products, which are likely to be cheaper and more accessible to many smokers than illicit tobacco from smugglers or illegal growers, is likely to limit the size of the illicit market in NZ. Further, it is important to consider that as a comprehensive and long-term strategy, the Action Plan should progressively reduce demand for all tobacco products, to the extent that an illicit market will ultimately shrink, potentially to a point where it is no longer economically attractive to those running it.

While higher tobacco prices can create greater incentives for traders to enter the illicit market or for consumers to purchase from it [13], a country’s cigarette prices are not a reliable indicator of its illicit tobacco trade [14, 15]. Countries with lower cost cigarettes have often been found to have higher levels of illicit tobacco trade than countries with higher cost cigarettes [14-17]. Since NZ scores consistently highly on anti-corruption indices and has high border security, the opportunities for illicit tobacco to enter NZ are more limited than in most other countries.

In fact, some of the measures proposed could help control illicit tobacco. For example, licensing retailers is an important step in reducing illicit trade [18], and the NZ Government acknowledges that licensing tobacco retailers would likely help combat illicit tobacco trade. Having far fewer tobacco retailers would also enable stronger enforcement of smokefree legislation throughout the supply chain and could have an additional benefit, discussed in an earlier blog, of helping prevent retail crime and the onward sale of black market tobacco products.

What steps could the NZ Government take to minimise illicit tobacco trade?

However, there is still more that the Government could be doing to tackle illicit tobacco trade. NZ has not yet ratified the Protocol to Eliminate Illicit Trade in Tobacco Products, which aims to deliver several measures that address illicit tobacco trade, including effective monitoring and control of the legal supply chain via a global tobacco tracking and tracing system. The NZ Government’s Discussion Document for an Action Plan refers to increasing “research, evaluation, monitoring and reporting” and, given the lack of independent data currently available on NZ’s illicit trade, this statement should specifically include research on illicit tobacco trade. Having reliable and independent annual estimates of illicit trade would allow the Government to monitor the impact of new measures, and help protect current and future tobacco control policies from being undermined by tobacco companies’ exaggerated estimates of illicit tobacco.

The NZ Government should not be deterred from implementing ground-breaking measures to achieve the Smokefree 2025 goal on the basis that they may increase illicit tobacco trade. NZ’s illicit tobacco market is small and unlikely to grow substantially, particularly if appropriate monitoring and enforcement measures are introduced. Tobacco industry-commissioned estimates likely exaggerate the scale of the problem [7] as well as the potential effect of policies on future illicit tobacco [8].