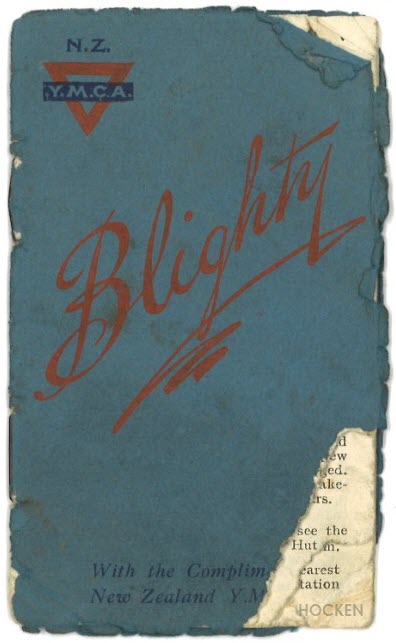 Blighty is a tiny (72 by 124mm) pocket book, published by the New Zealand Young Men’s Christian Association.  Despite its diminutive size, it contains worlds of insight into respectable expectations of service men on leave. Judging by its condition, our copy has certainly seen some sights. Throughout the lightweight guide, soldiers are encouraged to seek out wholesome entertainment, to take advantage of British hospitality, develop friendships and make the most of their leave in London. 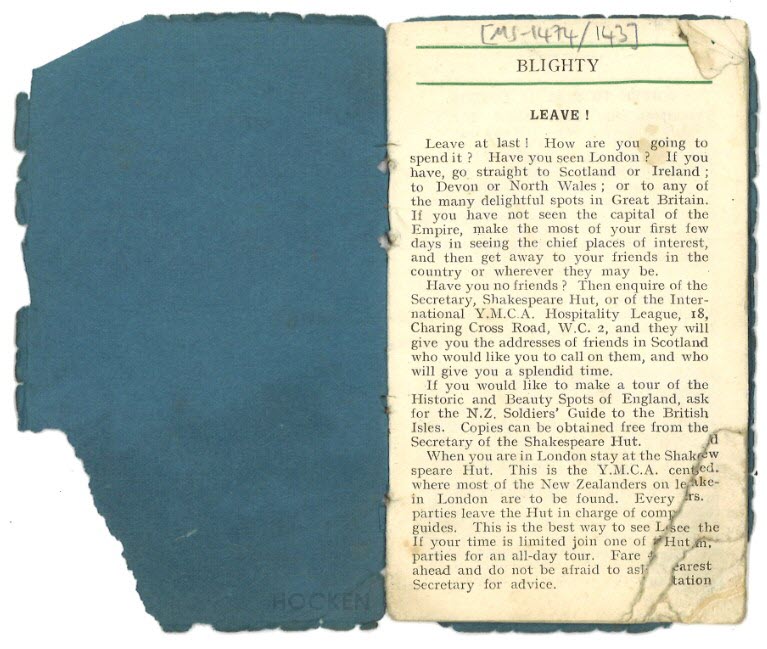 The text suggests itineraries for touring the city or venturing further afield, to Scotland, Ireland, or Wales.  It advises of ‘host families’ throughout the British Isles who welcome Kiwis into their homes; declaring that ‘hundreds have already availed themselves of this privilege,’ it then asks the soldier ‘is this not just what you are wanting?’

The YMCA was widely considered during wartime to be ‘practical Christianity.’[i] This booklet supports that. Along with all the tips on where to go, what to see, and how to get there, there is plenty of detail about the various churches in London that a soldier might wish to attend.

Yet, towards the end of the guide, the reader is returned to thoughts of New Zealand. Nostalgia is provoked with a map, and a verse, schmaltzy to modern eyes, reminds the soldier what he is fighting for: New Zealand, ‘the fount of pure freedom.’ 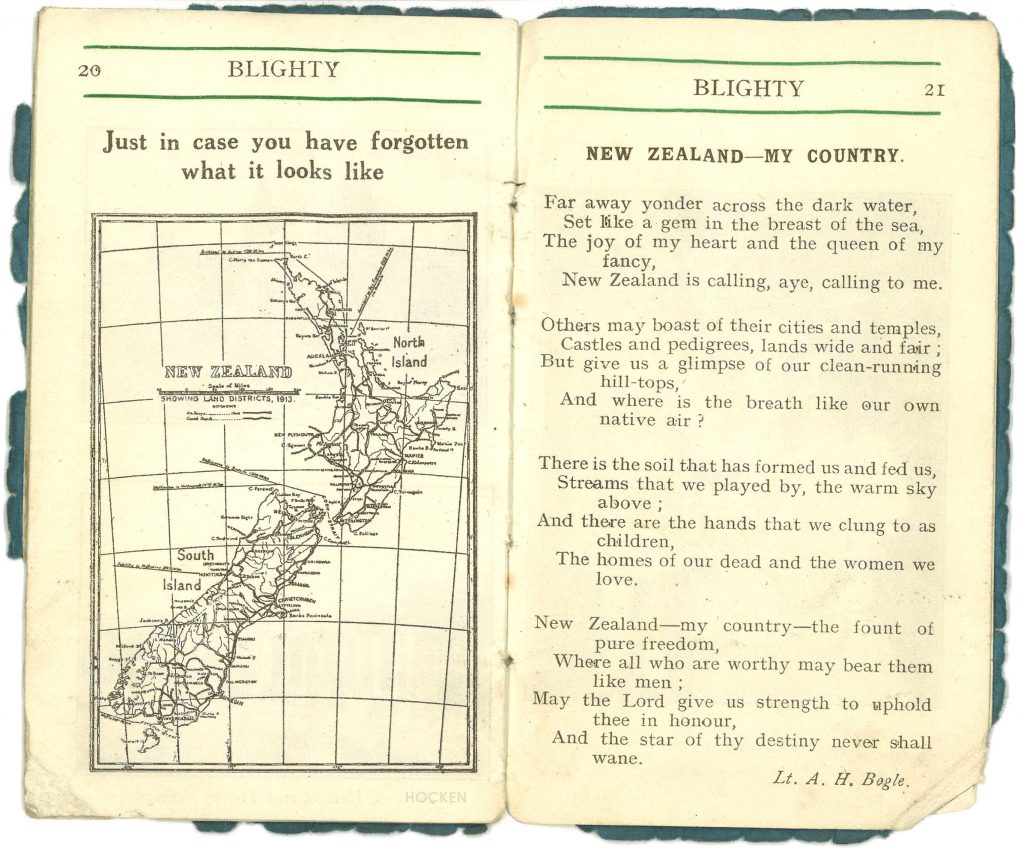 While the booklet itself is undated, and was originally catalogued as such, this verse, by Lt. A.H. Bogle, has been the clue to determining its age.  A bit of research showed up Bogle as the winner of the National Song Competition, held in 1917. His success was announced in various New Zealand newspapers from September of that year.  Therefore, the guidebook dates from late 1917, or perhaps early 1918.  Based on its content, this does not seem surprising.  By mid-late 1917 enthusiasm for the war reportedly had waned significantly,[ii] and I wonder if the song competition, and the booklet itself, were intended to boost flagging spirits.

Although it is interesting to see what soldiers were encouraged to do, I found myself reading through the book feeling that there was a massive gap in the useful advice proffered. Nowhere was there guidance on avoiding venereal disease, the scourge that, at a restrained estimate, infected twenty percent of our troops.[iii] As a Christian publication this isn’t too unexpected, but then I read closer.  The guidance is there, if veiled.  Just as we might read between the lines to the inferred homoeroticism in the Village People’s 1978 hit, YMCA, we can read through the lines here, and find delicate guidance in the art of maintaining one’s honour.

First the soldier is met with an image of a woman and two young girls ‘awaiting your return.’ Surely these are proxies for the soldier’s wife and daughters, or other family members. This visual representation prompts the soldier to remember the faces he holds dear.

Then there’s the text itself. Recall the VD statistics, and you’ll see what’s being underlined here; it’s certainly not just monogamy:

‘soil not her faith in you by sin or shame’

‘when base temptations scorch you with their flame’

‘O keep for her dear sake a stainless name’

These matters were presumably too indecent for an organisation such as the YMCA to broach directly. That was more the style of Ettie Rout, the celebrated and reviled campaigner for safer sexual liaisons in wartime, yet they still found a way.  Regrettably, we cannot know how many men took heed and brought ‘back to her a manhood free from shame!’

This entry was posted in Print culture, Research, World War I by Hocken Collections. Bookmark the permalink.