Another of Garry’s papers on POCUS, again showing it alters clinical decisions, this time for assessing intravascular volume.

Introduction: Measuring the diameter of the inferior vena cava (IVC) or the height of the jugular venous pressure (JVP) with point‐of‐care ultrasound (POCUS) is a practical alternative method for estimating a patient’s intravascular volume in the rural setting. This study aims to determine whether or not POCUS of the IVC or JVP generates additional useful clinical information over and above routine physical examination in this context.

Methods: Twenty generalist physicians, working in five New Zealand rural hospitals, recorded their estimation of a patient’s intravascular volume based on physical examination and then again after performing POCUS of the IVC or JVP, using a visual scale from 1 to 11.

Results: Data were available for 150 assessments. There was an only moderate agreement between the pre‐ and post‐test findings (Spearman’s correlation coefficient = 0.46). In 28% (42/150) of cases, the difference was four or more points on the scale, and therefore, had the potential to be clinically significant.

Conclusion: In the rural context, POCUS provides new information that frequently alters the clinician’s estimation of a patient’s intravascular volume.

A very interesting, but concerning, paper from Ashburton showing significant and rising rates of self-harm in young Ashburtonians/Ashburtonites especially in Māori. We all know that mental health services need bolstering in NZ, especially rurally. Open access paper that is worth a read in full!

Introduction: Despite growing awareness of increasing rates of youth suicide and self-harm in New Zealand, there is still little known about self-harm among rural youth.

Aim: This study compared: (1) rates of youth self-harm presentations between a rural emergency department (ED) and nationally available rates; and (2) local and national youth suicide rates over the decade from January 2008 to December 2017.

Methods: Data were requested on all presentations to Ashburton Hospital ED coded for ‘self-harm’ for patients aged 15–24 years. Comparative data were obtained from the coroner, Ministry of Health and the 2013 census. Analyses were conducted of the effects of age, time, repetition, method, ethnicity and contact with mental health services on corresponding suicide rates.

Discussion: Youth self-harm behaviours, especially self-poisoning, have increased since the Canterbury earthquakes in the Ashburton rural community. Of most concern was the almost ninefold increase in Māori self-harm presentations in recent years, along with the increasing prevalence among teenagers and females. Possible explanations and further exploratory investigation strategies are discussed.

The Qualities of a good rural hospital. A NZ 2017 perspective.

“A rural hospital can be compared to a ketei – whereby like the flax strands, culture, ideology and values are interwoven with systems, workforce, facilities, social and geographical context to become a purposeful provider of rural health care.” 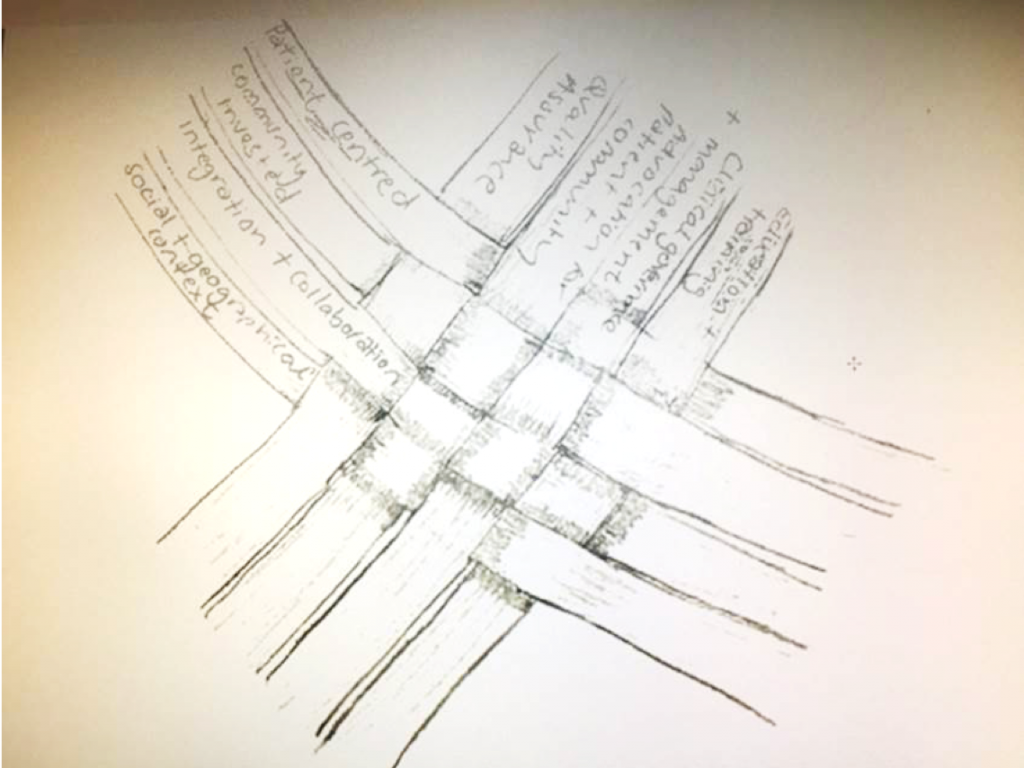 In 2002 students and faculty of Otago University’s postgraduate rural programme, (then in the Department of General Practice and Rural Health, Dunedin School of Medicine), wrote a document titled ‘The Good Rural Hospital’ which has since been core reading for the paper GENA724: ‘The Context of Rural Hospital Medicine’. The intent in writing this 2017 document was to update the original document given the intervening period of 15 years.

This is an aspirational document describing the specific role of the hospital as one part of wider rural health services. While recognising that there is and needs to be a wide variation of rural hospitals in New Zealand the document’s focus is on commonalities that define rural hospital practice.