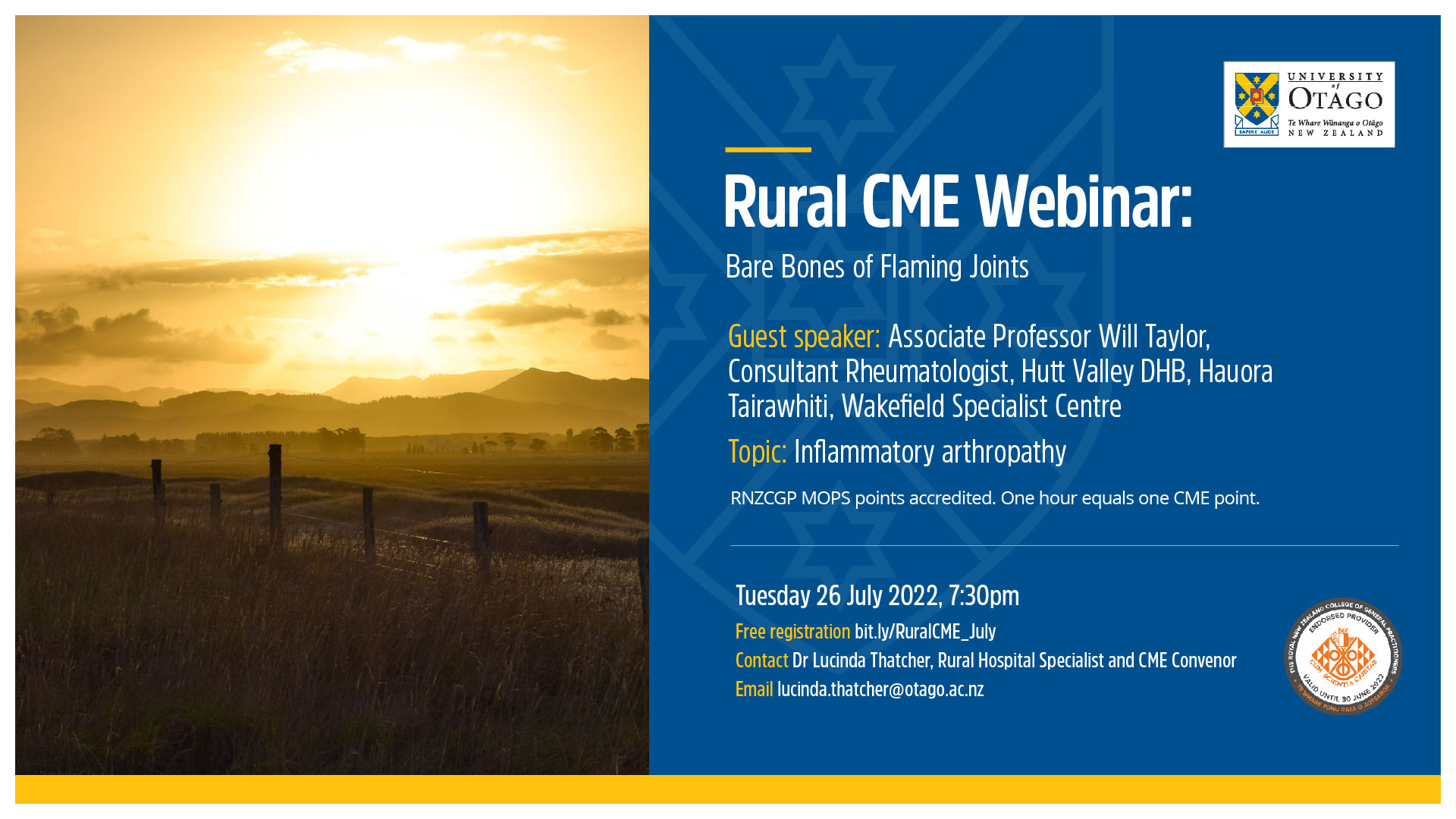 Want to know the latest on inflammatory arthropathy? – well tune in on the 26th July at 730pm and I think we will answer most, if not all of your questions!
Register in advance for this meeting:
https://otago.zoom.us/meeting/register/tJ0tfu2vrTspE9ZsOi5yMjULhzYX2mJERFI6

After registering, you will receive a confirmation email containing information about joining the meeting.

You can also listen to the audio only using the links below or directly here.

Zoom symposium – attend all sessions or just a few!

To review the programme and/or register visit here. 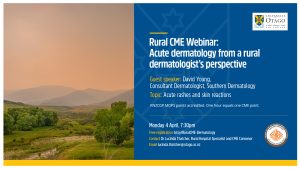 You are invited to a Zoom meeting.

Register in advance for this meeting:

After registering, you will receive a confirmation email containing information about joining the meeting. 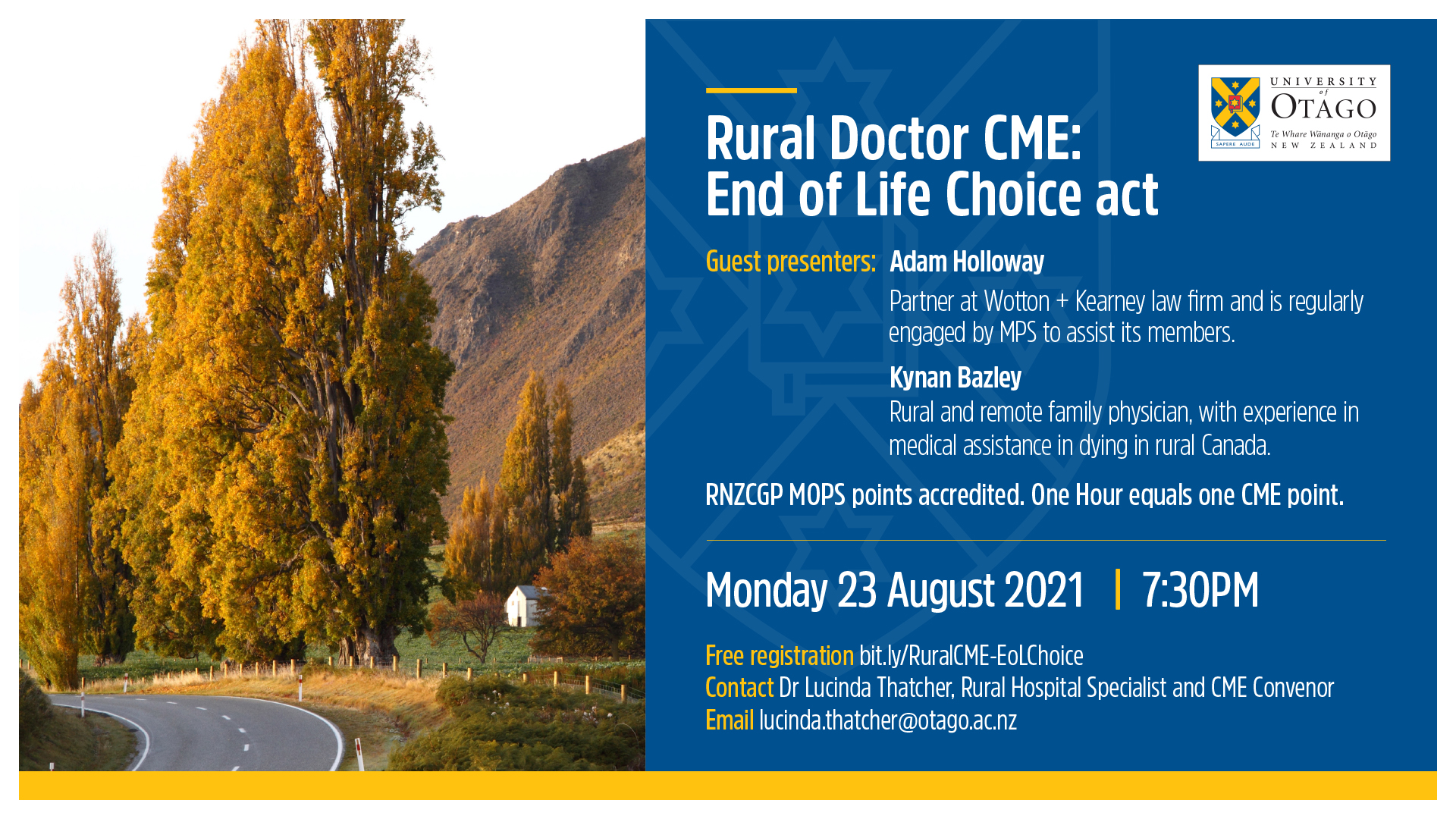 Webinar now up on YouTube if you want to watch (and didn’t make it to the session.)

Audio only version is also available on podcast player of your choice.

There was an additional question that has been subsequently been answered:

Can you ask Celia/Brendan for advice about navigating responsibilities with midwives in acute situations? Who’s responsible for what?

It’s a very good question and I suspect trickier in the acute situation in rural areas.

In larger units the team is called and in essence a ‘referrla of care’ has happened at that point and thus the obstetric team has ‘taken responsibility and lead the team.

I think this is how to interpret s88 and the specific NZ legislation (which has some very specific provisions that guide when care is handed over to an ‘obstetrician’). I know this provision fairly well as we’ve sort clarity (and with Celia’s help) have this extended to include Extended scope docs like Alan and myself.

What is less clear to me is exactly the scenario described where there isn’t an obs doctor. I’d have thought therefore that the primary responsibility remains with the LMC.

BUT this is a slightly different question to “who’s responsible for what” – and a bit like a trauma I suspect that the colleges would advocate for good communication and team based care. I think it’s a tricky as we’re used to being the point of referral and normally if we’re asked to be involved we’ve assumed that we are the team lead. I guess the problem becomes if the outcome is sub-optimal then how will the HDC view it??

Diabetes management with Dr. Alex McCleod and Sharon Sandilansd, hosted by Dr. Matilda Hamilton. The link is below and is available on YouTube. The audio is also available via podcast on the Leaning on Fenceposts podcast via iTunes or wherever you listen to your podcasts (may take a few hours to become available).

Diabetic Medications – the old & the new

Matilda hosts Teddy Wu, a stroke neurologist from Christchurch, and Steve Withington, rural hospital doctor and general physician from Ashburton, in this Webinar.