Every now and then when discussing New Zealand’s Smokefree 2025 goal, plain packaging or some other policy measure, the question will come up – ‘well why don’t you just ban it?’ Indeed, Hone Harawira drafted a Private Members Bill proposing exactly that back in 2006. 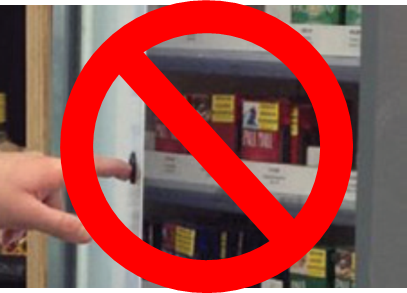 Why not just ban the sale of tobacco?

This blog considers some arguments for and against a ban on the production (other than tobacco grown for personal use), importation and sale of tobacco products, whilst not criminalising the use of tobacco. The purpose of such a measure would be to ensure, hasten and sustain the achievement of the goal of close to zero smoking prevalence by 2025. The blog comes down on the side of intensifying other tobacco control approaches initially but also encouraging a public debate about setting a ‘national quit date’ in a few years time when the tobacco industry would be stopped from selling its lethal and addictive tobacco products.

For me, the latest instance of facing the ‘why not ban it’ question was a Whangarei City councillor (a smoker) who issued the challenge when I was trying to persuade his council to introduce by-laws that would increase the number of smokefree public places, license retailers and commit to the 2025 goal. The usual glib response, which I duly gave, is that it is neither practical nor justifiable given that hundreds of thousands of New Zealanders still smoke.

However, 20 years ago smokefree bars were inconceivable, and 10 years ago the suggestion that the government would adopt a goal of reducing smoking prevalence to close to nil as possible would have been fanciful. Those whose immediate response to the question is that ending tobacco sales is preposterous, might reflect that almost everyone seems to agree that if cigarettes were a newly developed product they would be immediately banned with little debate or dissent due to their highly addictive and hazardous nature and attractiveness to children. The ambitious 2025 goal requires ambitious measures and the fact that smokers themselves often suggest banning tobacco suggests we should no longer peremptorily dismiss this idea as impractical or too radical for our times, but should appraise it on its merits.

To assess the feasibility of the introduction of a policy of this nature, the broader context need to be considered. In many ways this appears highly favourable. For example,

However, there is a theme in New Zealand’s current political discourse which favours minimal intervention and has a low threshold for labelling regulatory or legislative interventions as manifestations of a ‘nanny state’. If a policy to end tobacco sales became viewed in this way then it could quickly become politically unpalatable and implementation unfeasible. Indeed, if seen as too radical and punitive, a proposal to end tobacco sales could conceivably intensify and expand the breadth of opposition to tobacco control. If so, advocacy for such a measure might be counter-productive by discrediting and derailing less radical tobacco control approaches and even the Smokefree 2025 goal itself.

Overall the social and political environment appears favourable. However, the small risk of a political and publish backlash suggest that if advocacy for a policy ending tobacco sales is to be successful and not counter-productive, then its merits must be carefully explained and debated. 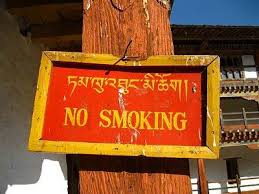 Bhutan – the only country to have banned the sale of tobacco

A key advantage of ending tobacco sales is that it would be simple, definitive and highly effective at reducing smoking prevalence. Dramatically decreasing the supply of tobacco products would probably result in most smokers quitting. The few who continued would have to grow their own tobacco, or rely on limited supplies of most likely expensive imported cigarettes. Empirical evidence from Bhutan, the only country to have banned the sales and distribution of tobacco products (while allowing importation of a small amount of tobacco for personal use) shows smoking prevalence of just 2.8%, the lowest rate in Asia and among the lowest in the world (4).

Ending tobacco sales could also greatly reduce the current tobacco control policy agenda, saving legislative time and resources. Measures such as licensing of retailers, restrictions on location of retail sales and increases in tobacco taxation would be redundant if the products cannot be legally sold. Nevertheless, assuming importation or cultivation for personal use was permitted, policies mandating smokefree outdoor public places and smokefree cars would remain relevant.

An important possible counter-argument is loss of tax revenue. The specific (non-GST) government tax revenue in 2012 was around $1242 million (about 2% of total tax revenue). The immediate loss of that revenue would leave a small hole in the national budget, and, perversely, could be used to justify reduced expenditure on cessation support. However, a predictable future loss of revenue from a deferred end to sales (say in five years time) should be manageable and defensible, for example, through shifts towards a more health orientated tax policy such as a tax on fizzy drinks or junk food, and taking into account the likely health benefits of increased productivity and reduced health care costs. Furthermore, given that achieving the current Smokefree 2025 goal will bring about this loss in excise tax revenue anyway, governments will need to anticipate how they will manage this reduction, irrespective of a sales ban.

Tobacco companies have created retail front groups that claim that reductions in tobacco sales (via any policy) would spell disaster for retailers, particularly small local dairies and convenience stores. Again, an immediate end to tobacco sales would be more problematic, but a planned medium-term introduction of the measure would provide opportunities for retailers to adapt to a modified product array and diversify their product offerings. Furthermore, any loss of tobacco-related revenue would be mitigated by smokers redirecting saved money to purchase other products.

Some dairies have already chosen to stop selling tobacco

There are ethical and social justice arguments for and against ending tobacco sales. On the one hand, smokers who quit and future potential smokers who never start would gain major health and economic benefits. These benefits would be concentrated among vulnerable and disadvantaged groups who have the highest smoking prevalence. Many ex-smokers will be grateful to have shaken the shackles of addiction, even though it was not fully at their own volition. However, ending sales would reduce the autonomy of the minority of smokers who do not want to quit and want to continue smoking. Even assuming highly effective and comprehensive smoking cessation support is provided, prohibiting sales could create anxiety and resentment, and suffering for smokers forced to go ‘cold turkey’. Some of these smokers may consider it little recompense, at least initially, that their enforced abstinence will save them money, and greatly improve their health outcomes. On balance, I view the benefits as far outweighing the potential harms and hence the arguments are in favour of a ending tobacco sales. Making tobacco products available to licensed smokers as an interim measure might further reduce concerns about adverse effects (5), though smoker licensing has itself been criticised on moral and social justice grounds as it may stigmatise and marginalise smokers (6).

Opponents might also argue that ending tobacco sales would increase illicit trade of tobacco products and promote organised crime. However, New Zealand’s geographical isolation and strong border controls should prevent large-scale smuggling. Illicit trade from domestic home-grown production is potentially more problematic, if supply sources arise in the comparatively few geographical areas suited to tobacco growing. However, the small number of continuing smokers, the likely modest availability of home-grown tobacco and its probable unpalatability should prevent the emergence of a large black market. Furthermore, a small increase in illicit trade may be a price well worth paying for the enormous health, social and economic benefits from large reductions in smoking prevalence.

Finally, it is important to consider other credible options. Perhaps the biggest counter argument to ending sales of tobacco, at least in the near future, is the strong evidence that existing measures have greatly reduced and are continuing to reduce smoking prevalence. However, evidence based on projections of recent prevalence reductions suggest that these will not be sufficient to achieve the Smokefree 2025 goal, particularly among Māori (7,8).

Hence, a credible alternative would require an extension and escalation of current tobacco control activities. This could include continued and intensified tobacco tax increases, mass media campaigns and targeted cessation support, extension of smokefree public places, introduction of plain packaging, complete removal of duty free concession perhaps accompanied by new measures such as regulation of the product (removal of additives and denicotinisation from cigarettes) and alternative supply-side measures such as restrictions on the location, density and type of retailers that can sell tobacco products.

Compared to tobacco sales this approach may be almost or as effective at reducing prevalence, and may be more feasible and have fewer potential disadvantages, though it would require far more policy-making resources. For instance, large annual increases in tobacco taxation are likely to be far more politically acceptable, pose less constraints on smokers’ autonomy, and will maintain government revenue; though they do present social justice issues due to their impact on poor smokers. Of course whether such a comprehensive programme will be implemented, and hence is really a credible alternative, is decidedly uncertain.

The tobacco endgame and New Zealand’s Smokefree goal are globally significant developments in public health. New ideas to achieve the 2025 goal are urgently needed. Increasing calls to end all tobacco sales are a welcome sign of how far we have come, and suggest the vision of a tobacco-free country laid out in the Māori Affairs Select Committee report in 2010 (9) has taken root. An immediate ban on the sale of tobacco products presents some major challenges. However, intensification of current efforts, initiation of a public debate, followed by setting a ‘national quit date’ in five years time to allow smokers, retailers and the government to prepare for an end to tobacco sales is a more realistic proposition both as a logical end point for Smokefree 2025, and a means to speed progress towards its realisation. Evidence that smokers themselves are asking: “why not just ban it?” surely suggests that it may be time to respond: “indeed, why not?”.

Acknowledgments: Thanks to Janet Hoek, George Thomson, Anaru Waa and Nick Wilson for helpful comments on drafts of this blog.

11 thoughts on ““Why not just ban it?” Is it time to consider ending tobacco sales?”