It’s official, this was the warmest winter ever recorded for New Zealand according to NIWA scientists. They also list 29 cities, towns and other sites around the country which had the highest average winter temperatures ever documented – some with records going back to the 1860s (full report). This is good news in lots of ways. Warmer winters mean more comfort, more time outdoors, lower electricity bills, less air pollution from domestic fires, and perhaps even fewer excess winter deaths (a documented problem in this country, especially for low-income New Zealanders). 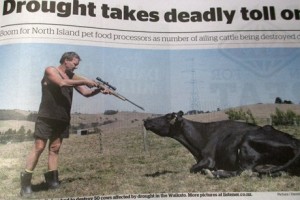 Image 1: Warmer temperatures can be nice for some – but drought may become more common with climate change in some parts of NZ

But fundamentally the changing seasons for New Zealand and elsewhere are symptomatic of an extremely serious problem, that of global climate change. Continuing warming of the planet may pose significant risks of run-away climate change and catastrophic levels of damage to human civilisation – a public health threat on a scale larger than we usually consider.

While these risks are very hard to quantify with any precision, any rational society that has some ability to comprehend the implications of climate science, should be taking such existential risks very seriously. That is, countries should all be supporting concerted international action to reduce the production of greenhouse gases globally. This is most efficiently done by price signals such as carbon taxes, carbon trading systems, and removing economically-distorting subsidies for fossil fuels (with the latter at US$409 billion globally in 2010).

However, New Zealand is not pushing hard at all to achieve international action and its own country-level responses are generally not far from token (see past brief reviews on the NZ response: here and here). Most recently the Government announced an extremely minimalist target of aiming to reduce net emissions by 5% below 1990 levels by 2020 (see this critique). Furthermore, the “price signal” from the country’s carbon trading system is similarly only at a trivial level (at under $10 per tonne of CO2).

There are strong ethical arguments for why developed countries like New Zealand should be leaders in reducing greenhouse gas emissions. The key such arguments are simply summarised by “polluter pays” and “you broke it, you fix it”. (The historical greenhouse gas emissions per capita from developed countries far exceed those from countries like China). Rich countries are also in a much better position economically to transition first to low-carbon economies than poorer countries are. The validity of various ethical arguments (including “past emissions matter” and responsibility to future generations) are all well outlined in a recent book on the ethics of climate change.

Fortunately from a health perspective, various actions to reduce greenhouse emissions will have benefits for public health. Some of these actions may even save society money and improve quality of life.

So these are all areas which New Zealand can act on to a greater extent – regardless of what other countries do. But when genuine international progress gets underway, then any improved advocacy by the New Zealand Government at the international level will be consistent with its action within its own country.New Zealand will start to “walk the talk” on responding to the climate change threat. 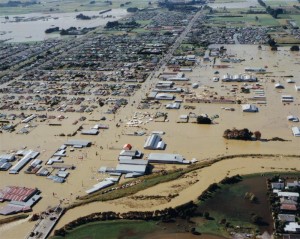 Image 2: Flooding disasters may become more common with climate change in some parts of NZ (with associated impacts on public health and local economies)