Debate over tobacco tax increases has intensified as research indicates potentially conflicting policy directions. On the one hand, excise tax increases continue to stimulate quit attempts among smokers yet, on the other hand, they may lead to financial hardship for some smokers and increase retail crime. In this blog, we explore how allocating a proportion of tobacco tax revenue to assist smokers, and funding other complementary measures, could help avoid unintended outcomes and support continuation of an effective policy intervention.

As the last scheduled tobacco excise tax increase came into effect on 1 January 2020, critics called on the Government to stop increasing the cost of tobacco, a measure they argue causes unacceptable hardship to some smokers and pose risks to those selling tobacco products.  New Zealand First, a coalition partner in the current Government, has invoked the “agree to disagree” clause of the coalition agreement to oppose further excise tax increases. Leader Winston Peters argues excise taxes have reached the limits of the policy’s effectiveness and have “less effect on reducing smoking rates, most particularly amongst the target groups of Maori and Pasifika”.  These arguments merit more discussion and we review research evidence in relation to each of these claims below. 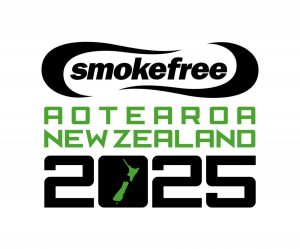 The vast majority of smokers wish they had never started smoking.1,2 High tobacco prices stimulate quitting among smokers while also discouraging smoking initiation among adolescents and young people.3-5  Although increasing the price of tobacco reduces consumption and smoking prevalence, and could bring profound health benefits,6 it is also important to consider the unintended effects policy measures may have. Thus, while tobacco taxes may potentially reduce health inequalities,7-10 as the people most likely to quit are those with fewer financial resources (and thus greater price sensitivity),11 low-income people who continue to smoke may experience financial hardship and increased inequities. For example, in-depth studies from New Zealand have found some smokers respond to higher tobacco prices by displacing purchases of food or reducing heating to manage power costs.12

These findings raise important questions about the wider effects excise tax has, particularly on children.  On the one hand, excise tax benefits children whose parents quit smoking, for example by reducing their exposure to second-hand smoke and risk of smoking uptake.13,14 However, on the other hand, it is unacceptable that children should go hungry or be cold because their caregivers have had to choose between a highly addictive product and meeting other family needs.

Other than providing an on-going incentive to quit, smokers currently receive little direct benefit from the increased excise tax they pay on tobacco products. Rather than being used directly to support smoking cessation and assist the more than 80% of smokers who wish they had never started smoking, tobacco excise taxes become part of the Government’s general revenue and are used to fund many different activities.

There are strong ethical arguments for using tobacco excise tax to support smokers to quit, through for example, national and community cessation interventions, and mass media quit campaigns. These measures reduce smoking prevalence and should be funded as part of a comprehensive public health strategy, particularly given evidence progress towards the 2025 goal is not on track and will not reduce serious disparities in smoking prevalence.15 Indeed, both the NZ Cancer Society and Hāpai Te Hauora, which holds the national Tobacco Control Advocacy Service contract, have recently called for greater funding of smoking cessation.  Hāpai spokespeople support clearer direction of excise tax to support enhanced tobacco control measures and have stated: “As long as tobacco is still for sale in Aotearoa, the tax paid on it should be earmarked for the communities that are suffering the most from tobacco harm.”

Allocating a clear proportion of tobacco excise tax to support smokers would not eliminate the financial pressure some families of people who do not or cannot quit smoking face even with cessation support, and this question needs wider debate (e.g. in relation to increases in benefits or in the minimum wage). Nonetheless, dedicated tax revenue could support and facilitate quitting, and ensure the communities that currently contribute most via tobacco excise taxes receive something in return.  Using excise taxes to support varied measures that foster smoking cessation would also represent a bold and much-needed step towards the country’s Smokefree 2025 Goal.

We have also previously discussed subsidising e-cigarettes, which could stimulate switching from smoking to vaping. Research has also examined whether offering smokers financial incentives to quit would stimulate and maintain quitting and some studies have found this approach assists low-income people and women who are pregnant and smoking.16,17 Tobacco tax revenue could fund these initiatives and support both investigation and implementation of other measures that would accelerate progress towards the Smokefree 2025 goal.

Although there do not appear to be clear national data on retail crimes involving tobacco, retailers who sell tobacco products report they have faced increasing crime, including violent attacks. While retailers could simply stop selling tobacco, many are reluctant to do so and believe they would lose sales of other products, if customers took their business to those stores that continued selling tobacco.  The evidence supporting these latter concerns is questionable,18 though many small retailers struggle to make profits and understandably feel unenthusiastic about measures they fear could threaten the viability of their business.  As a result, some critics have suggested fear of violent attacks is a reason to halt tobacco tax excise increases.  However, reducing the number of outlets selling tobacco, and ensuring these are R18 and sell only tobacco products, could achieve the same outcome, and have the additional benefit of encouraging smokers to quit and reducing the likelihood of young people starting to smoke.

As the NZ Cancer Society has repeatedly stated, it is illogical to allow a toxic product, that kills when used as intended, to be so widely and easily available.  Estimates suggest around 8000 outlets throughout New Zealand sell tobacco products and, as Hāpai Te Hauora has noted, these outlets are concentrated in more disadvantaged areas, perpetuating high smoking prevalence in these communities.

Many in the public health sector have called for reductions in tobacco retail outlets and a complete restructuring of how tobacco is made available and sold as part of a comprehensive strategy to rapidly reduce smoking prevalence.19 For example, selling tobacco only at R18 specialist outlets would create the level-playing field smaller retailers request, help remove the threat of violence that concerns them, greatly reduce the availability and visibility of tobacco products, and enable governments to manage tobacco pricing, which studies show tobacco companies subvert20 to minimise the impact of tobacco excise increases.  Actively managing tobacco as a highly addictive and harmful product, and selling it in a restricted market setting, would also contribute to the country’s Smokefree 2025 goal.

Using tobacco excise tax to increase the cost of tobacco products has a broader aim of improving public health by reducing overall tobacco consumption and encouraging smokers to quit.  Analysis of data provided by tobacco companies to the Ministry of Health shows that tobacco consumption has declined considerably over the last ten years. In 2018 (the latest figures available), British American Tobacco (BAT), the largest tobacco company operating in New Zealand, released 1.1 billion cigarettes sticks for sale, more than 300 million fewer sticks than released in 2011. Nor do these figures simply represent a shifting from tailor made cigarettes to roll-your-own (RYO) tobacco; the tobacco returns data show BAT released 484 tonnes of RYO tobacco in 2011, which declined to 289 tonnes in 2018, a reduction of 40%.

Smoking prevalence has also declined from 2010, since annual tobacco excise increases were introduced; the 2011/12 NZ Health Survey reported current smoking (i.e., smoking at least once a month among people who reported smoking more than 100 cigarettes) of 18.2%, while the 2018/19 NZ Health Survey reported current smoking of 14.2%. Although other measures, including plain packaging and the removal of in-store tobacco brand displays, contributed to these declines, excise taxes have almost certainly played an important role in this outcome. By any standards, reducing the prevalence of a highly addictive behaviour by an absolute four percent within seven years (a 22% drop relative to 2011-12) is an excellent achievement. Nonetheless, overall declines in smoking prevalence mask serious smoking disparities, with Māori and Pacific peoples continuing to bear a disproportionate burden of harm from tobacco use.  NZ Health Survey data show that, in 2018/19, 34.0% of Māori adults were current smokers, down from 40.2% in 2011/12, though prevalence of current smoking had not changed among Pacific peoples (24%).

So what should we make of calls to abandon tobacco excise increases? We argue that tobacco excise tax increases should continue, but only under specific conditions. First, close monitoring of the impact tobacco excise taxes have on smoking prevalence and tobacco consumption, and on other measures of well-being, such as food expenditure displacement, are required. This criterion could include reviewing the optimal timing of excise tax increases, with evidence that mid-year increases could reduce the financial pressure that occurs following Christmas and ahead of a new school year. Second, within its tobacco tax policy, the Government should allocate a substantial proportion of the tax revenue gained from tobacco sales to supporting cessation among communities most affected by tobacco use.  This support could include better-resourced mass and social media interventions, and financial incentives to quit, targeted to lower-income smokers and women smoking while pregnant. The Government could also explore subsidising regulated e-cigarettes for those smokers who could benefit from support to try out vaping as a less harmful option.  Third, continuation of excise tax increases needs to occur alongside a comprehensive range of other measures, particularly reductions in tobacco appeal and availability. The Government’s forthcoming tobacco control plan provides a key opportunity to incorporate continued excise tax increases within a broader strategy.

The Government has frequently stated its commitment to well-being and promoting equity; it has a goal to minimise smoking prevalence, has asked to be held to account for what it delivers, and is running substantial budget surpluses. It could and should continue to use the most effective measure to promote reductions in smoking but must simultaneously invest tobacco excise tax revenue to benefit the health and well-being of people who smoke and their whānau.

This entry was posted in Uncategorized and tagged excise tax, Smokefree Aotearoa 2025, tobacco tax by tedla55p. Bookmark the permalink.