Tobacco companies have made much of their “transformation” vision, which they claim will herald a new smokefree world. Philip Morris International (PMI) has pioneered this rhetoric yet this company’s recent launch of a new, super value, smoked tobacco product: the cigarillo “Chesterfield Leaf”, has led many to ask how launching a cheaper cigarette-like product fits with PMI’s vision of a smoke-free future? In this blog we explore that question and explain why policy makers should continue to treat tobacco companies with extreme suspicion. 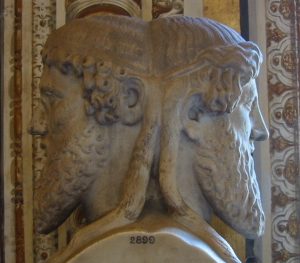 Tobacco companies have long held the dubious distinction of belonging to one of the least trusted industries, with one study finding they ranked only slightly higher in trust than used-car salespeople.1 Legal settlements explain how tobacco companies have become regarded as corporate sociopaths. In United States v. Philip Morris USA, Inc. et al., a landmark US case taken under the 1970 Racketeer Influenced and Corrupt Organizations Act, Judge Gladys Kessler, concluded that: “…over the course of more than 50 years, defendants lied, misrepresented, and deceived the American public, including smokers and the young people they avidly sought as ‘replacement smokers,’ about the devastating health effects of smoking and environmental tobacco smoke.”2

Nor does this conclusion apply only to the United States; tobacco companies’ profitability has depended on a strategy of global consumer deception that has seen millions of people die prematurely. The World Health Organization recognised the sustained threat the tobacco industry poses to health, and developed the Framework Convention on Tobacco Control (FCTC).3 No other industry has been the focus of a global treaty designed to end the harms its products and practices cause.

Following judgments that they had long known their products were harmful and often fatal, and to compensate for smoking’s loss of social acceptability,4 tobacco companies embarked on an ambitious programme of corporate rehabilitation they claimed would result in their “transformation”. Philip Morris International (PMI) was among the first to state its desire to achieve a smoke-free future and claim to be working towards such a goal by refocussing on “harm reduced” products. Among other far-reaching statements, PMI declared: “We have a commitment to society, which expects us to act responsibly. We are doing just that, by delivering a smoke-free future.” On the basis of this proclaimed transformation, PMI has argued it is “part of the solution”, presumably a precursor to proposing it should have a role in policy making.

Nor is PMI alone in making these claims; British American Tobacco (BAT) has embarked on a “transformation journey” and advises website visitors of its “clear purpose to build A Better Tomorrow™”. Other tobacco companies have also joined the “transformation” caravan.

Wisely, policy makers have not rested all their hopes on tobacco companies’ reformation; instead, they have continued to utilise strong, evidence-based measures to encourage cessation and deter smoking uptake. Among these, policies to increase the price of tobacco products remain one of the most powerful behavioural levers. Several studies have shown the relationship between increases in the cost of tobacco and reduced tobacco consumption,5,6 and explained why excise taxes bring both health and social benefits.7 Although Aotearoa New Zealand (NZ) ended its programme of regular (above inflation) excise tax increases in 2020, while in place, these increases led to marked declines in tobacco consumption and smoking prevalence.8 Even without continuing excise tax increases, tobacco prices in NZ remain among the highest in the world and have led to high price sensitivity among people who smoke.

Tobacco companies internationally have responded to increasing price sensitivity by manipulating tobacco excise taxes so these apply less to budget brands than to premium brands, thus maintaining the relative affordability of budget brands.9 They have also created new budget and super-budget brands that now account for an increasing proportion of tobacco consumption.9 These and other price manipulations have reduced the impact of excise tax increases on lower cost brands and decreased the price-induced incentive to quit.10 Nonetheless, sustained programmes of excise tax increases, such as that implemented in NZ, have reduced the impact these tactics have and limited tobacco companies’ ability to manipulate retail prices.

However, introducing a product that attracts a lower excise tax duty and can thus be sold at a lower price offers tobacco companies a new opportunity to subvert excise tax increases and reduce consumer price-sensitivity. PMI’s launch of Chesterfield Leaf in June this year exploited this loophole. Unlike the cigarette variants within PMI’s lowest-priced Chesterfield brand (e.g., Chesterfield Red), Chesterfield Leaf is classified as a cigarillo (a small cigar) rather than a cigarette. Media reports indicate that Chesterfield Leaf retails at NZ$26.90 for a pack of 20 sticks, three dollars cheaper than Chesterfield Red cigarettes. Furthermore, when asked for the “cheapest brand” of cigarettes, sales staff reportedly presented customers with Chesterfield Leaf, thus encouraging people who smoke to view the products as substitutable.

Most people who smoke want to quit;11 launching a product that has a striking visual similarity to cigarettes, yet is considerably cheaper, eases the financial demands smoking imposes and reduces the economic pressure to decrease tobacco consumption or make a quit attempt. The availability of Chesterfield Leaf will almost certainly deter people who would otherwise have tried to quit from making a cessation attempt and undermines efforts to achieve the Smokefree Aotearoa 2025 goal.

So, how consistent is this marketing initiative with PMI’s transformation rhetoric and shift in focus to “harm reduced products”? Unfortunately, PMI’s continued development and marketing of smoked tobacco products is badly out of sync with their PR propaganda. The smokefree community has expressed many concerns about tobacco companies’ claims,12 including the “research” centres they fund.13 The single most effective way tobacco companies can demonstrate their commitment to a smokefree future is by immediately ending the sale and production of all their combusted products, and ceasing all research and development activities into these products.12 No tobacco company has yet indicated that it will soon announce this step.

How should NZ respond to PMI’s latest initiative? Clearly, policy makers should close the loophole that means these products attract a lower excise duty than other smoked tobacco products. The Smokefree Environments and Regulated Products (Smoked Tobacco) Amendment Bill (the Bill) and accompanying regulations provide a timely opportunity to apply the same excise duty to all smoked tobacco products.

However, policy makers should make at least three other responses. First, they should continue to reject all overtures from tobacco companies seeking to be “part of the solution”. PMI’s definition of “transformation” clearly enables continuing innovation in smoked tobacco products and thus demonstrates exactly why it cannot be considered “part of the solution”. NZ policy makers should adhere strictly to Article 5.3 of the FCTC, which recognises the “fundamental and irreconcilable conflict between the tobacco industry’s interests and public health policy interests” and requires signatories to protect policy formulation from the tobacco industry “to the greatest extent possible”.14 At the very least, any submissions on the Bill made by tobacco companies or groups they fund make should be treated separately from other submissions and accorded much less weight than community and expert submissions.15

Second, exposure of PMI’s two-faced behaviour provides new impetus for implementing the three core measures set out in the Bill as quickly as possible, particularly denicotinising tobacco.16 We know from trials,17-19 modelling,16,20 surveys, and in-depth qualitative studies21 that these measures will bring rapid and sustained reductions in smoking prevalence. Given tobacco companies apparently cannot resist launching new tobacco products during their so-called metamorphosis into public health allies, policy makers must move swiftly to introduce measures that will reduce smoking prevalence and thus the commercial incentive for developing combustible tobacco products. Once the substantive measures in the new law are in place, smoking prevalence will likely fall quickly, price will become less important, and pricing strategies tobacco companies employ will have much less impact at the population level.

Third, policy makers could look to the Khan Review and consider freezing the tobacco market so tobacco companies cannot introduce any new tobacco products. As Khan noted, this measure would “help avoid the industry circumventing any new tax duties or measures by introducing new products to the market that are cheaper” (p27),22 though monitoring of non-combusted products would need to intensify to ensure new innovations did not target youth non-smokers. Preventing the introduction of new smoked tobacco products, such as Chesterfield Leaf, will pre-empt industry initiatives designed to undermine progress towards the Smokefree 2025 goal.

PMI’s launch of Chesterfield Leaf confirms concerns the public health community has long held and provides further evidence, if any were needed, of the chasm between tobacco companies’ public protestations and their continuing reliance on profits from smoked tobacco. NZ’s world-leading legislation provides a pivotal opportunity to minimise smoking prevalence and, with minor exceptions, has met with unqualified approval. Policy makers must proceed at pace and ensure that, once enacted, the new legislation is rapidly and comprehensively implemented to address the many harms caused by a deceitful industry and its toxic products.

* Author details: All authors are members of ASPIRE 2025 and the Department of Public Health, University of Otago Wellington.

This entry was posted in Uncategorized and tagged chesterfield leaf, cigarillo by cooju60p. Bookmark the permalink.