Our recently published study on sudden mass fatality events in NZ (10+ deaths per event) found that the occurrence and mortality burden of these events has declined over time. In this blog we consider possible reasons for this trend and make suggestions for improving the knowledge base around these events. 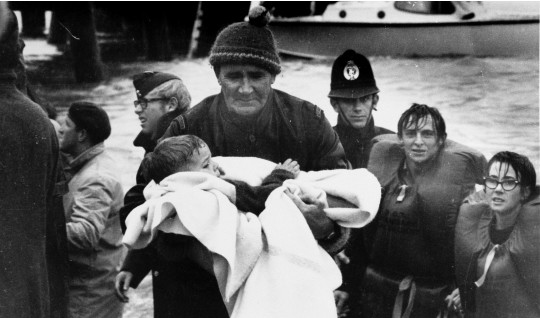 What were the main findings of this new study?

Our study (1) found a total of 56 sudden mass fatality events with 10 or more fatalities occurring between 1900 and 2015 in NZ. This was 18 more events than reported in a previous study (2), partly due to the identification of less well known ship sinkings. A full list of the identified events is in the Appendix to this blog.

There were 1896 deaths in total from these events, with the worst event being the Hawke’s Bay earthquake of 1931 (258 deaths). Earthquakes were the most lethal natural event type with three resulting in 460 deaths in total (4.0 deaths per year on average).

There was a marked decline in the number of events per period ie, from 21 events in the 1900 to 1919 period down to 3 events each in the 1980 to 1999 and 2000 to 2015 periods. The decline was particularly seen in terms of the rate of events per person-years of exposure (see Figure), and also the associated mortality rate (both at highly statistically significant levels, p<0.0001).

Figure: Rate of sudden mass fatality events (excluding 5 war-related events) in NZ by time-period (across 281 million person-years of exposure in the NZ population) (1)

Why have these events declined in frequency?

But even when excluding the transportation category – there was still a statistically significant decline in other types of events as a group (and also when war-related events were excluded). This trend could be due to such diverse factors as improved industrial safety (though the Pike River Mine explosions in 2010 was an exception to this), improved fire safety in buildings, and in some cases new laws may have helped (eg, after the 1990 Aramoana mass shooting involving semi-automatic weapons, such weapons were made illegal).

A contrast with increasing events in Australia

The decline in sudden mass fatality events we found for NZ contrasts to that for Australia, where such events have been increasing, due to bushfires and floods (2). Indeed, if future climate change continues to be rapid, then these type of events (along with mass deaths in heat waves) could become relevant in NZ as well. Nevertheless, preventive measures could act to counter such patterns, since deaths from bush fires can be partly prevented by avoiding having housing next to flammable vegetation areas. Also heat wave deaths can be partly prevented with good building design and other features of urban design (eg, green space in cities).

Putting the burden from these mass fatality events into context

Although a total of 1896 deaths (from 1900 to 2015) from these events sounds sizable, there is a need to put these in a wider context of health loss for the country. For example, if these premature deaths involved an average loss of 40 years of life per victim, then this would sum up to 75,800 years-of-life lost in total. However, this is only 8% of the 955,000 disability-adjusted life-years lost in the NZ population from multiple conditions in the single year of 2006 (3), many of which are preventable. This suggests that addressing the major causes of health loss in NZ (eg, from the obesity epidemic and the tobacco epidemic etc) needs to continue to be a greater priority when compared to planning for preventing and managing mass fatality events. But ideally, factored into such comparisons should also be non-health variables; eg, events like earthquakes can also destroy a vast amount of building stock and infrastructure (eg, the economic cost of the Canterbury 2011 earthquake has been estimated by the NZ Treasury to be around NZ$40 billion for capital costs alone (4)).

This study can stimulate thinking about a future research agenda to fill in the knowledge gaps around sudden mass fatality events in NZ:

The basic descriptive epidemiology of these events could be substantially improved at least for the most recent decades. There is a need to collate and analyse data on: non-fatal hospitalisations, survivors of locality-focused events, and the role of emergency services in each event (numbers rescued etc). For more recent decades, in-depth research might be able to identify such characteristics of the victims as: age, sex, ethnicity and socioeconomic status.

The overall value of official inquiries into these mass fatality events in advancing preventive interventions, could be studied. Our impression is that these inquiries are typically beneficial, given regulations and laws passed after some of them. For example, other researchers (2) have helpfully detailed legislative responses to the Seacliff fire, the Ballantyne’s fire, the Aramoana mass shooting, the Cave Creek platform collapse, the Pike River mine explosion and both the Hawke’s Bay and Canterbury earthquakes. Inquiries may also potentially inform the best use of resources in managing mass casualty events when they occur, given a systematic review suggesting the potential to learn more (5). Finally, if official inquiries tend to effectively advance preventive effects, then perhaps they should be considered more for the much larger causes of health loss in this country (eg, the obesity and tobacco epidemics).

Given the best estimates of health loss from mass fatality events and availability of preventive interventions, we then need to know the likely cost-effectiveness of possible preventive measures to determine if they are a good use of government and societal resources. Eg, we suspect that the Government’s passing of a law to limit access to semi-automatic weapons after the Aramoana mass shooting may well have been very cost-effective, since passing a law in NZ is relatively inexpensive (6). But what about building standards to reduce earthquake-related injuries – are they cost-effective? Measures to reduce masonry falling into the street in high-risk areas might well be cost-effective use of societal resources and even government subsidies, but perhaps not so for very expensive internal modifications of building structures? This is an area where NZ may need more expert analyses and ideally where the cost-effectiveness of government and private sector spending in preventing death from earthquakes can be compared with preventing death from cancer and heart disease.

A modest investment in this type of research agenda could help guide future preventive efforts and optimise the use of societal resources spent on prevention. While modern NZ society seems very capable of resourcing detailed inquiries into specific events, it now needs to have an appropriately detailed large-scale picture of these sudden mass fatality events. This requires both research funding and society putting value on scientific and research endeavours.

Table: List of the 56 sudden mass fatality events with 10 or more fatalities occurring for the period 1900 to 2015 and occurring in NZ territory (for more details see: study (1).

This entry was posted in Uncategorized and tagged mass fatality events, New Zealand by Kate Sloane. Bookmark the permalink.