In this blog the arguments for and against shifting all COVID-19 related isolation/quarantine facilities to a single air force base at Ōhakea are considered. The main advantage would be a reduction in the risk of border control failures, which can potentially involve outbreaks in NZ’s largest cities with large health and economic impacts. The main disadvantage would be reduced numbers of returnees that could be allowed back into NZ, with these returnees assisting with economic recovery. There is therefore a need for an integrated health and economic analysis with the NZ Government being explicit about its decision-making.

In this blog the assumption is made that the current Auckland outbreak of COVID-19 will be successfully controlled and NZ will regain its COVID-19 elimination status for community transmission in the coming months. This status could then allow for a more focused consideration of how best to do quarantine at the border, but analysis of the issue could begin now. The big question is around continuing to use hotels as isolation/quarantine facilities or to switch to dedicated facilities at an air force base. To start with, the various problems with the current approach of using hotels are summarised below:

Disease transmission to workers/community. This problem has been seen most starkly with a hotel quarantine failure in Victoria, Australia. Here “the [vast] bulk of cases during the state’s second wave could be tracked down to a family of four returned travellers staying at a single quarantine hotel” [1]. A detailed inquiry into hotel quarantine is ongoing in Victoria. In NZ, a facility maintenance worker in August was infected from a returnee, based on genetic sequencing of the virus [2]. As the suspected mode of transmission was shared elevator space [3], this can be seen as a design failure associated with using facilities with shared space involving both workers and those in quarantine. Fortunately, this particular case did not lead to a larger community outbreak. The cause of the current Auckland-based August/September outbreak is still unknown – but this could also be a facility-based failure (other less likely alternatives include infected air crew or seafarers on shore leave). 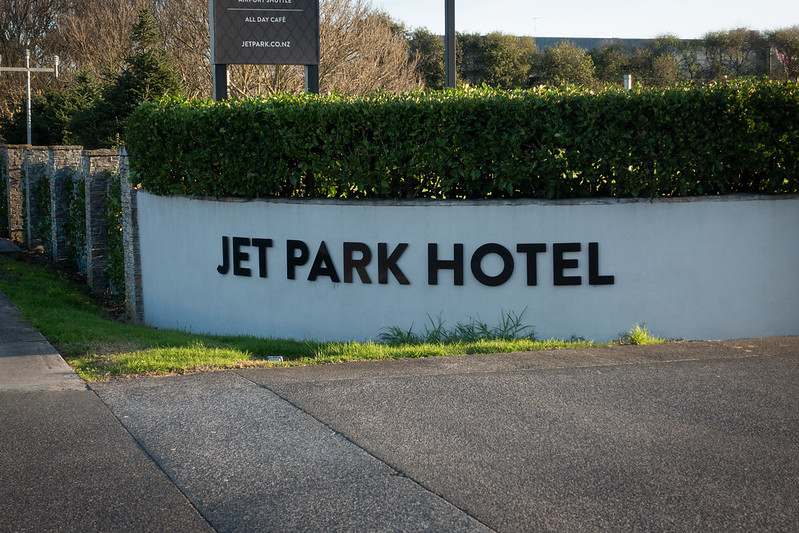 Escapes of returnees have occurred from a number of Australian hotel quarantine facilities ie, in Perth, Sydney and Toowoomba. Escapes of returnees from NZ hotel isolation/quarantine facilities have occurred on at least six occasions (four of the six escapes are described here; another one here; and one that only got 100m away here). All such escapes pose some risk of disease spread into the community, though the risk is potentially declining with recent security upgrades.

Other types of security lapses have included a person breaking into a NZ facility (eg, for theft of a laptop), and a faulty door may have facilitated another attempted break-in. (Nevertheless, another attempted break-in was foiled at an earlier stage ie, in Rotorua.) Also guards have fallen asleep and a private security guard breached returnee confidentiality. Some of these type of security lapses are being addressed, eg, by a larger role of the military in providing security at these facilities.

The high cost. The cost of isolation/quarantine in NZ hotels (some of which are high-end) is estimated to be almost $500 million until the end of the year for the 32 hotel facilities currently in operation.

Given some of these problems, Australian-based experts have argued the need to improve quarantine, and have highlighted the benefits of purpose-built facilities, as opposed to using hotels. Other commentators have raised the need to move such facilities outside of cities (eg, to a NZ air force base) and there is also some NZ political interest in moving quarantine facilities to military bases. In the rest of this blog the relative advantages of the two options are discussed.

Advantages of the current hotel-based approach

Higher volumes of returnees. Clearly the use of hotels (32 in Auckland, Hamilton, Rotorua, Wellington and Christchurch) allows for large number of returnees with 5,394 in the facilities as per 8 September (47,508 since 26 March). At this time the previous three-day average was 370 people arriving in the country per day which is equivalent to 135,000 per year. These numbers are probably at least 10 times what Ōhakea could be readily adapted to manage. However, this limit would depend on whether there was a decision to expand the size of the Ōhakea base by renting or buying surrounding farm land, construction of additional facilities, and adding further security fencing.

Economic benefits of returnees. This high number of returnees will be having economic recovery benefits for NZ as returnees can bring both skills (described as a “brain gain” for the country) as well as capital. They will also enhance consumer demand in the retail and housing sectors. Some might even continue to work for overseas companies while being based in NZ and so will not compete with other New Zealanders for jobs.

Advantages of using Ōhakea Air Base

This air force base is relatively self-contained and is 27 km from the nearest city, Palmerston North. The runway is suitable for large aircraft (eg, international flights are sometimes diverted there – including the very large A380 aircraft). The advantages for establishing isolation/quarantine facilities at this base include:

In summary, it would seem from a public health perspective there is a reasonable case for a single high-quality option of using Ōhakea air base so as to reduce the risk of outbreaks from border control failures. But this approach would substantially reduce the number of returnees and therefore limit the economic benefits from returnees for the country. There is therefore a need for an integrated health and economic analysis with the NZ Government being explicit about its decision-making.

NZ has a long history of combating the introduction of animal and plant diseases with some of the toughest biosecurity systems in the world. Thinking about human biosecurity in more systematic and evidence-informed ways is a relatively new challenge. This shift in thinking could be part of taking a more strategic approach to our COVID-19 response and building essential infrastructure to manage other external public health threats on the horizon.

4 thoughts on “Shifting all Isolation/Quarantine Facilities to a Single Air Force Base: The Need for a Critical Analysis”