Despite a WHO-led investigation, compelling evidence on the origin of the SARS-CoV-2 virus remains inconclusive. The WHO investigation concluded in favour of a natural origin, being satisfied that ‘asking whatever questions we wanted’ and obtaining answers to these questions ruled out a laboratory leak. Researchers at the Wuhan Institute of Virology stated that they do not keep similar viruses to SARS-CoV-2, and they have appropriate safety training (while not divulging actual laboratory records). 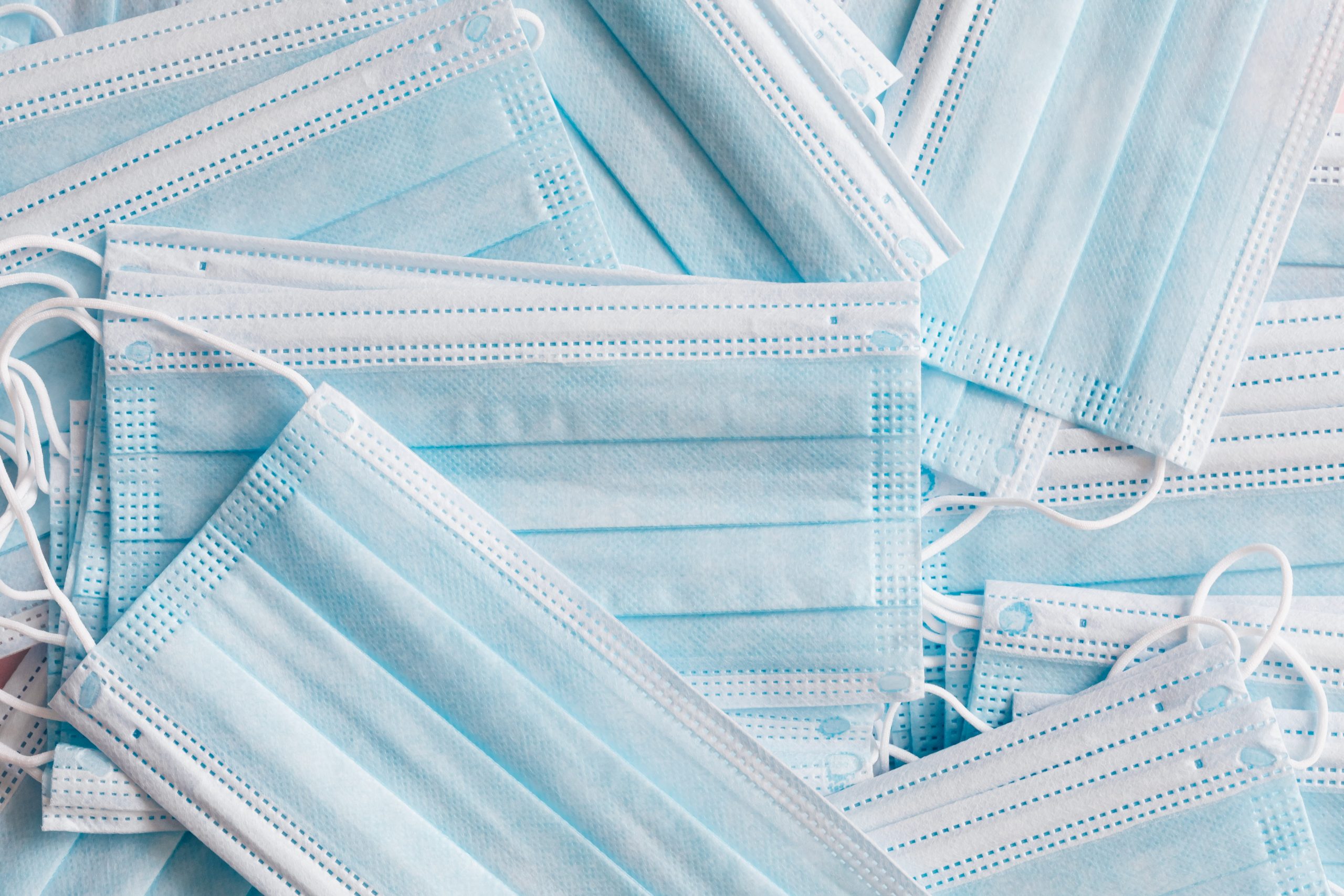 Image by Karolina Grabowska from Pexels

Skeptics of the natural origin theory, on the other hand, say they wouldn’t trust the outcome of the investigation because it was closely overseen by China’s government. In fact a new report just published in the Bulletin of the Atomic Scientists argues in favour of the lab leak theory citing publicly available records of gain-of-function coronavirus research at the Wuhan Institute of Virology that specifically made use of ‘humanized’ mice, to enhance the ability of the virus to infect human cells. Furthermore, there is some indication that risky work was undertaken not in the strictest ‘BSL 4’ laboratory conditions, but in a more lax BSL 2 environment. The full report in all its forensic detail is available here.

So who is right? Where did SARS-CoV-2 emerge from? When there are competing uncertain hypotheses we might employ a principle of parsimony to infer the correct explanation, or we can use a principle based on prior knowledge of conditions that might be related to the event. 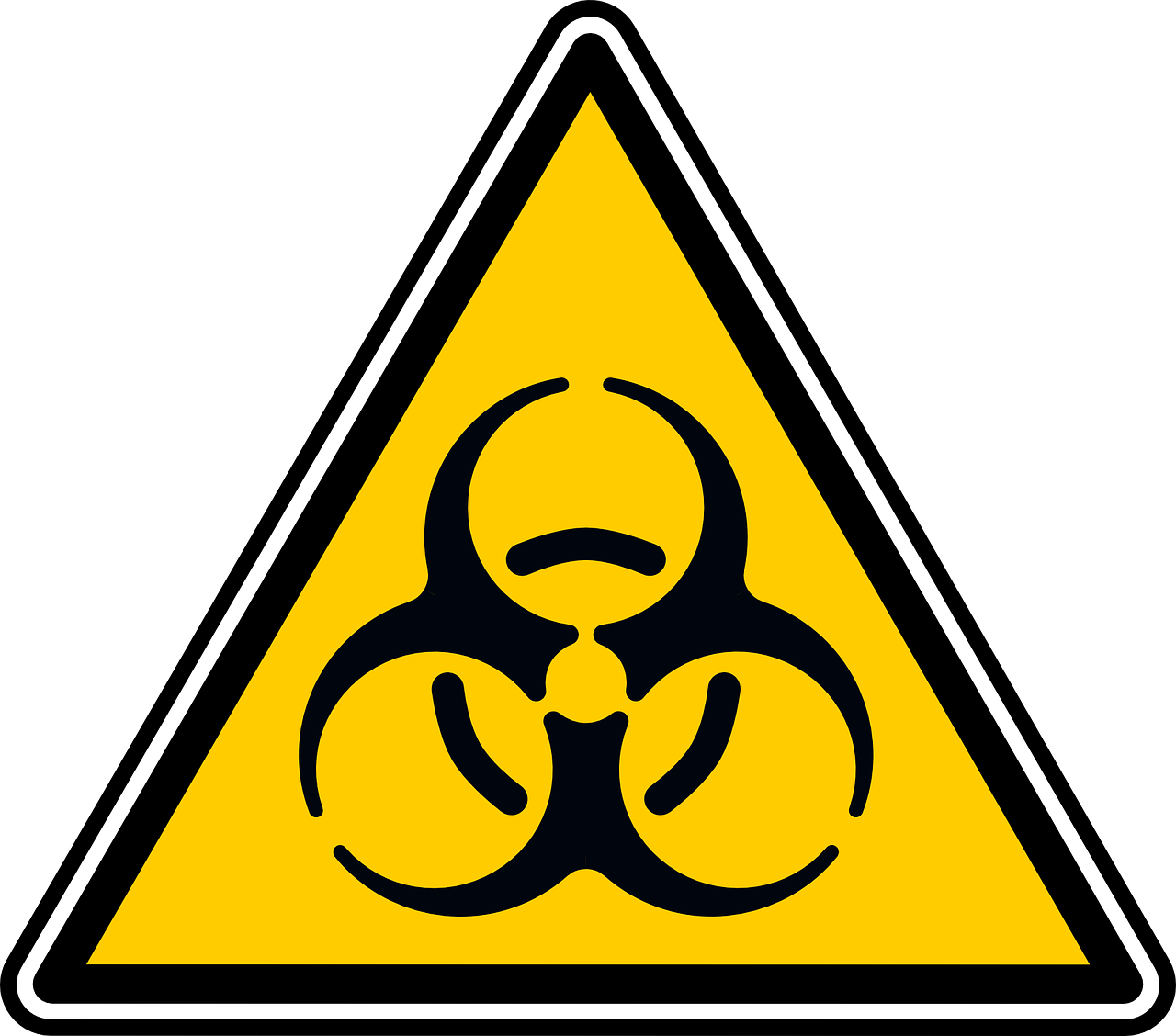 Image by Clker-Free-Vector-Images from Pixabay

Ockham’s razor is the principle that when solving a problem (or explaining a pandemic), entities should not be multiplied without necessity. Basically, the explanation that posits the fewest moving parts is likely to be the right one. Did the existence of nature cause a pandemic? Or did the existence of nature AND a virus laboratory in Wuhan cause a pandemic. In this case, parsimony would lead us to conclude that SARS-CoV-2 emerged naturally, the simplest explanation.

However, there is another approach. Bayes’ Theorem allows for conditioning probabilities on known data points particular to a case of interest, rather than merely on background probabilities. For example, the probability of a coronavirus outbreak across scenarios such as:

We see that scenario (5) posits a lot more entities (an institute, a specific project, particular behaviours, etc) compared to merely ‘nature’ and therefore according to Ockham’s razor such an explanation is manifestly unnecessary to explain the pandemic. However, according to Bayes’ Theorem the base (‘prior’) probability of the pandemic being the result of a lab leak must be massively increased given the additional information contained in (5). Furthermore, if we do not find data points that we would expect to find were the natural outbreak theory true, such as evidence of rapid viral evolution in early cases, or evidence of a natural animal reservoir of SARS-CoV-2, then we must revise downward the probability that natural is the correct explanation (even if it is the most parsimonious).

But have details such as those proposed in the previous paragraph been borne out? The article in the Bulletin of the Atomic Scientists argues ‘Yes’. You can read the full article by clicking the link, but here are two key passages.

“No one has found the bat population that was the source of SARS2, if indeed it ever infected bats. No intermediate host has presented itself, despite an intensive search by Chinese authorities that included the testing of 80,000 animals. There is no evidence of the virus making multiple independent jumps from its intermediate host to people, as both the SARS1 and MERS viruses did. There is no evidence from hospital surveillance records of the epidemic gathering strength in the population as the virus evolved. There is no explanation of why a natural epidemic should break out in Wuhan and nowhere else. There is no good explanation of how the virus acquired its furin cleavage site, which no other SARS-related beta-coronavirus possesses, nor why the site is composed of human-preferred codons. The natural emergence theory battles a bristling array of implausibilities.”

These findings would push a Bayesian to downgrade the likelihood of a natural origin from whatever prior probability was favoured. And then, in research funded by the US National Institute of Health, taking place at the Wuhan Institute of Virology:

“Dr. Shi set out to create novel coronaviruses with the highest possible infectivity for human cells. Her plan was to take genes that coded for spike proteins possessing a variety of measured affinities for human cells, ranging from high to low. She would insert these spike genes one by one into the backbone of a number of viral genomes (“reverse genetics” and “infectious clone technology”), creating a series of chimeric viruses. These chimeric viruses would then be tested for their ability to attack human cell cultures (“in vitro”) and humanized mice (“in vivo”). And this information would help predict the likelihood of “spillover,” the jump of a coronavirus from bats to people… The methodical approach was designed to find the best combination of coronavirus backbone and spike protein for infecting human cells. The approach could have generated SARS2-like viruses, and indeed may have created the SARS2 virus itself with the right combination of virus backbone and spike protein… It cannot yet be stated that Dr. Shi did or did not generate SARS2 in her lab because her records have been sealed, but it seems she was certainly on the right track to have done so.”

These facts, along with evidence pointing to unsafe laboratory practices detailed in the Bulletin of the Atomic Scientists article raise the probability of the less than parsimonious explanation.

US Intelligence and Donald Trump

Furthermore, the laboratory project of concern was being undertaken in Wuhan, but was funded by the US NIH. This new knowledge explains some previously puzzling facts. The lab-origin theory (and possible early illnesses affecting lab staff in November 2019 as detailed in the Bulletin) is consistent with the US intelligence services claim that there were cases of SARS-CoV-2 prior to December 2019, as detailed here. President Trump then cited the lab theory as his favoured theory based on the intelligence he had received (see here), and he used a PR tactic of referring to SARS-CoV-2 as ‘the China virus’ repeatedly. This could all have been dismissed as it was at the time as Republican posturing. It seemed unusual at the time that if US intelligence or Trump had a smoking gun implicating the Wuhan Institute of Virology, then given their rivalry with China they would have revealed this to the world. As it transpires, the coronavirus project at the Wuhan Institute of Virology was funded by the US NIH. Had intelligence officials, or Trump himself in the interests of political point scoring made their information public, then the US would have immediately been implicated. The lab-leak theory now explains something that was previously unexplained. Explainability is another marker of a correct hypothesis.

Why does it matter where SARS-CoV-2 originated from, given that it is now here, and everywhere on Earth? The list of plausible origin stories for a situation like COVID-19 has immense practical importance. Because to mitigate such events in the future, we must ensure that at least some of the measures we deploy target the actual sequence of events. If the ‘most likely’ explanation is a natural origin, and we target all future measures at reducing the probability of natural origin, and yet in fact, the origin was anthropogenic, then we may miss the opportunity to lower the risk of anthropogenic catastrophe in the future. Certainty and zealous defence of parsimonious explanation is an extremely risky policy strategy.

In global risk reduction there are often difficulties getting buy-in for prevention, safety and preparedness measures because vested interests obstruct the process (think fossil fuels and carbon emissions). Some policies aimed at mitigation result in someone or some state winning and someone else losing. There may be fear of economic contraction or first mover disadvantage in some domain. Yet in the complex game-theoretic melee of international relations there are lose-lose positions, where no one wins from the status quo. This is where leverage might be gained to help reduce global catastrophic risk. There is a prima facie case, enhanced by the discussion above, that gain-of-function research on viruses capable of infecting humans sits entirely in the lose-lose square. By banning such research we can reduce the risk of technological catastrophe.

The article in the Bulletin of the Atomic Scientists made me think of a quote by Max Planck. To paraphrase, ‘science progresses one funeral at a time’. Planck’s idea was that scientists are a dogmatic breed and the only way falsehoods vanish is through the death of their proponents. However, given today’s scenario, this maxim can be interpreted a different way. The ongoing litany of technological catastrophes (think the Bhopal disaster, Banqiao dam failure, Chernobyl disaster, recent ‘Irresponsible’ rocket debris) seem to indicate that death must occur for safety and wisdom to truly advance. It is the funerals of ordinary citizens, victims of hubris (or gain-of-function research), whose deaths may (or may not) lead to safer systems and more precaution. Science may well advance ‘funeral by funeral’.

As one public health physician has recently put it: “The irony is that it was US-funded research, and like a Greek tragedy may have created the end it was seeking to avoid: a pandemic.” Whether SARS-CoV-2 emerged from a laboratory or not, we must be sure that we do not move forward creating the very ends that we seek to avoid.

This entry was posted in Uncategorized and tagged coronavirus, covid-19, pandemic, SARS-CoV-2, SARS-CoV-2 origin, Wuhan by carra86p. Bookmark the permalink.

One thought on “SARS-CoV-2: A modern Greek Tragedy?”