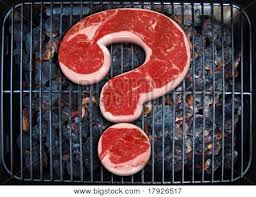 This blog was triggered by the recent highly publicised review on the cancer risk from processed meat and red meat. Here we briefly look at this topic and also take a wider perspective on other aspects of meat consumption on human health and the environment, and risk communication.

Processed meat refers to meat that has been transformed through salting, curing, fermentation, smoking, or other processes to enhance flavour or improve preservation. Most processed meats contain pork or beef, but processed meats may also contain other red meats, poultry, offal, or meat by-products such as blood. Examples of processed meat include hot dogs (frankfurters), ham, sausages, corned beef, and biltong or beef jerky as well as canned meat and meat-based preparations and sauces.

Processed meat was classified by IARC as carcinogenic to humans (Group 1 – see Figure), based on sufficient evidence in humans that the consumption of processed meat causes colorectal cancer. Each 50 gram [g] portion of processed meat eaten daily (e.g. 1-2 rashers of bacon) was reported to increase the risk of colorectal cancer by 18% – which translates to 0.045 years of reduced non-Māori male life expectancy (or 16 days of reduced life expectancy; calculated from the BODE3 colorectal cancer screening model, personal communication Dr Giorgi Kvizhinadze). An association with stomach cancer was also seen, but the evidence is described as “not conclusive”.

Red meat refers to all mammalian muscle meat, including, beef, veal, pork, lamb, mutton, horse, and goat. Red meat was classified by IARC as probably carcinogenic to humans (Group 2A – see Figure), based on limited evidence that the consumption of red meat causes colorectal cancer in humans and strong mechanistic evidence supporting a carcinogenic effect. There is also evidence of associations with pancreatic cancer and prostate cancer. 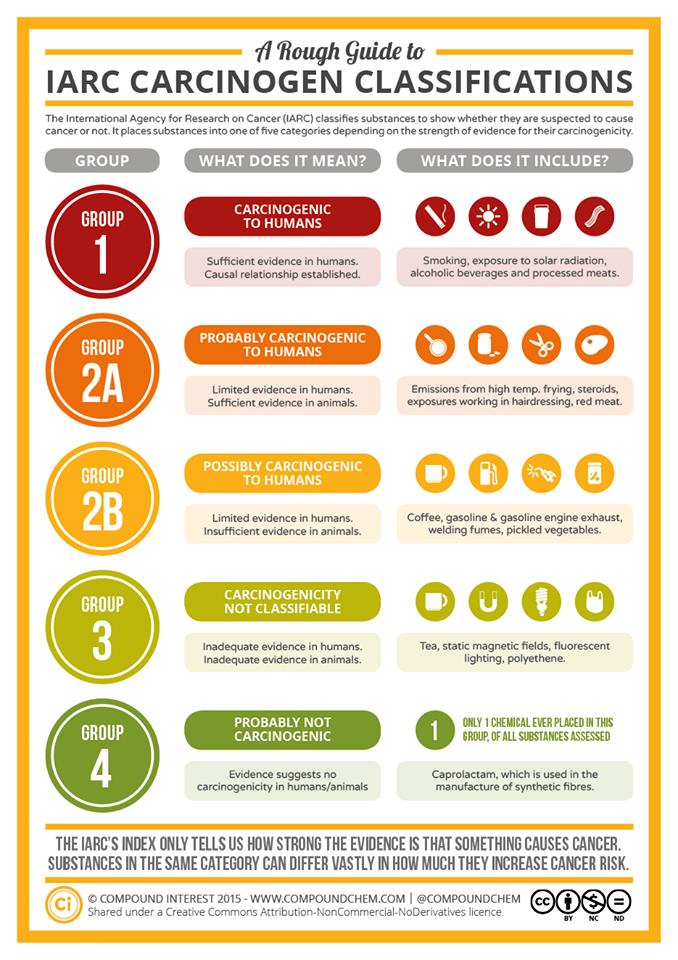 What is the significance of this finding?

IARC has categorised the association of processed meat with cancer in the highest category of strength of evidence (see Figure), but how strongly is processed meat actually associated with cancer? Sir David Spiegelhalter, a risk professor at Cambridge University, summarised the increased risk, using the UK as an example:

“In the UK, around six out of every 100 people get bowel cancer at some point in their lives.

If they all had an extra 50g of bacon” (or hot dogs/ham/ sausages/corned beef/ beef jerky/canned meat/meat-based preparations and sauces) “a day for the rest of their lives then the risk would increase by 18% to around seven in 100 people getting bowel cancer.

Only 12.7% of the NZ adult population ‘Never consumed (or not consumed in past 4 weeks)’ processed meat (2), and the average total consumption of processed meat (a narrower definition, ignoring corned beef, canned meat and meat-based preparations and sauces) ranged from 24g per day in Non-Māori females to 56g per day in Māori males in the last NZ adult nutrition survey (unpublished data). So these “lifetime bacon-eaters” are not too different from your average New Zealander.

A recently published meta-analysis found that those in the highest category of consumption of processed meat and red meat also had an 18% and 16% higher risk of dying from cardiovascular disease (CVD) compared to those in the lowest category of consumption (3). Similarly, the risk of type 2 diabetes was 13% higher per 100g consumption of red meat and 32% higher for 50g consumption of processed meat (4), although results from both meta-analyses should be interpreted with caution due to the potential of residual confounding. The Global Burden of Disease study estimates that approximately 841,000 total deaths per year are attributable to diets high in processed meat (5) (ranked the 14th most important risk factor for health loss in Australasia). An estimated 38,000 total deaths were attributed to red meat consumption globally each year (5).

Communicating health impacts is challenging. The public is increasingly frustrated by messages of harm from multiple food items, without clarity as to what an alternative diet is. On the other hand, research such as that summarised by IARC is essential to building the evidence base on what foods affect what health outcomes.

In the future, though, increasing emphasis needs to be placed on guidance as to a healthier diet. Of course people make trade-off decisions and some will be prepared to sacrifice (on expectation) something like several weeks of life expectancy if they prefer eating processed meat instead of healthier foods. But this life expectancy sacrifice is on average – the reality is that a small percentage of people will lose years of life expectancy, and the majority will suffer no impact. It also needs to be acknowledged, though, that we should be considering not just health impacts, but wider environmental and social impacts of a food production system.

The benefits of red meat consumption

Red meat is a good source of protein and micronutrients such as iron, zinc and B12 (6, 7). But such nutrients can all be obtained from plant foods – and these may provide a healthier source given the lower CVD risk. For example, the evidence favouring nut consumption for reduction in CVD deaths, cancer deaths and all-cause mortality, is getting strong (see these systematic reviews (8,9)).

Should we be looking wider than human health?

Environmental impacts: Many countries around the world, including Sweden, Brazil and Italy, are starting to consider the environmental impact of food consumption when designing or updating their food and nutrition recommendations. The meat-based food system requires more energy, land, and water resources than a meatless diet (10). For example, the energy input to produce 1kcal of protein is 11 times greater for animal protein production compared to grain protein production (10). Worldwide, agricultural activity accounts for about a fifth of global greenhouse-gas emissions, 80% of this is from livestock production (11). At a time when natural resources are becoming more scarce and we need to be decreasing greenhouse gas emissions in order to meet the 350 ppm CO2 target to avoid dangerous climate change, should countries be moving to a more sustainable sources of protein and micro-nutrients?

Ethics and animal welfare: Some people have views that it is ethical for humans to kill and eat animals, and others consider it to be unethical (there is a vast philosophical literature on the topic). But there is likely to be fairly widespread public agreement that animal welfare does matter and that farmed animals should not suffer unnecessary pain and deprivations. Unfortunately there is evidence that modern factory-farming practice causes animal suffering in various forms (see for example these two systematic reviews on pain in farmed piglets (12,13)). Reductions of processed and red meat consumption would reduce such suffering overall as long as there wasn’t complete substitution onto poultry. It may also be deleterious environmentally if a reduction in meat consumption caused an increase in fish consumption (i.e. reduction of natural stocks, or aquaculture that requires feeding fish meat products as opposed to herbivore fish farming).

There are also other issues involved with meat production – including greenhouse gas emissions from ruminant agriculture and ethical/animal welfare concerns. Perhaps it is time for governments to more fully explore the options around reducing meat consumption at the population level – to benefit health, the financial viability of the health system, and the environment.