Protecting waterways has the benefits of: (1) protecting water from hazardous microbes; (2) minimising cancer risk and other problems from nitrates in water; (3) avoiding algal blooms that are hazardous to health; (4) protecting mahinga kai uses (cultural importance and food security); (5) facilitating safe recreational water use; (6) minimising flooding risks from silted up waterways; and (7) protecting renewable energy from waterway sediments. In this blog we briefly consider these issues and why health workers and agencies should now do submissions on protecting waterways to the Ministry for the Environment, as part of a current consultation process which ends on 31 October.

The NZ Ministry for the Environment (MfE) has recently published a discussion document, titled “Action for healthy waterways” [1]. As part of developing a submission on this document, we briefly review in this blog the public health case for waterways protection. 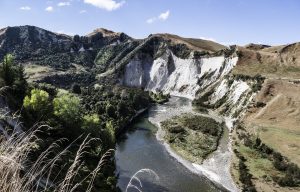 Dairy cattle, and other livestock, can have a major adverse impact on water quality [2]. Key sources of water pollution from dairy farms include animal wastes, pharmaceutical residues (eg, antibiotics, hormones), fertilisers and pesticides used for growing feed crops, and sediment from eroded pastures [2]. Antibiotic resistant bacteria and their genes can also act as environmental contaminants [3-5]. These pollutants can enter waterways directly through runoff from farm buildings, spills or the failure of manure storage facilities, the deposition of faecal matter into streams, and transport through soil layers via drainage waters on farms. Contamination can also occur indirectly from surface runoff and overland flow from pastures or agricultural fields [2].

Declining water quality has recently become an important issue in NZ with increased public concern and political attention. Over the past 30 years, dairy farming has become increasingly intensive and over the same period NZ’s waterways have shown a range of indicators of degraded water quality [9-12]. Levels of nutrients, sediments, and faecal microbes are frequently elevated in catchments dominated by urban or agricultural land use [9, 11, 12].

In terms of specific diseases, water contaminated with livestock faeces has resulted in the world’s largest water-borne outbreak of campylobacter infection in Havelock North (see this blog: [13]). The outbreak in 2016, resulted in an estimated 5500 cases, 45 hospitalisations, and 3 deaths by the time it was over [14]. Total economic costs were estimated at $21 million [15]. Prior to that outbreak, campylobacter infection in NZ (sporadic cases and outbreaks) had also been regularly linked to contaminated water supplies (eg, reviewed in: [16]). Giardia infection can also be spread via water in NZ (eg, [17]). Associations have been found between rainfall and increased notifications of both giardiasis and cryptosporidiosis [18]. The authors of this study concluded that: “this finding suggests that improving water supply quality in New Zealand could reduce vulnerability to the impact of climate change on protozoan diseases” [18].

Contaminated freshwater also imposes costs in terms of the need for water treatment. Such treatment costs many millions of dollars per year and indeed Auckland Council is planning to spend $7 billion over 10 years to upgrade water infrastructure [1].

Nitrogen is an important pollutant from dairy farms to surface waters, groundwater, and marine waters [19]. Excessive nitrate is a direct threat to human health [2, 19]. High levels of nitrate in drinking water can lead to the development of methaemoglobinaemia in infants [2, 20]. Nitrate toxicity has also been linked to miscarriages in pregnant women and certain forms of cancer in adults [2, 21, 22]. Specifically, the long-term consumption of nitrate in drinking water has been positively associated with a higher risk for thyroid disease and the following cancers: non-Hodgkin’s lymphoma, stomach, colorectal, bladder, breast, and ovarian cancers [23-30].

The association of nitrates with colorectal cancer is of particular concern, partly because this cancer is now the second commonest cause of cancer deaths in NZ. A European study gave an estimate of 4% of colorectal cancers in the European Union that could be attributed to nitrate exposure [31]. Applied to NZ, this attributable fraction would suggest exposure to nitrates in drinking water could be causing approximately 120 cases of colorectal cancer a year (out of the 3000 total) and 50 deaths (out of 1200 total). Quantifying the level of nitrate exposure in NZ drinking water and estimating the associated health risk is a relatively urgent research priority for this country (for additional comment see: [32]).

3) Avoiding algal blooms that are hazardous to health

Nutrient loading and eutrophication from agriculture can also lead to harmful algal blooms in freshwater ecosystems, such as rivers and lakes, as well as in marine ecosystems [21, 22]. Harmful algal blooms are a concern for humans and animals that ingest contaminated water, inhale aerosolised toxins, or consume contaminated fish or shellfish [21, 22, 33]. For example, a red tide from a novel marine toxin in Wellington Harbour in 1998 was extremely toxic to fish and marine invertebrates and also caused respiratory distress in harbour bystanders [34]. Algal blooms can also be a problem in terms of adverse impact on tourism and real estate values (at least from the North American experience [35]).

Streams, rivers and lakes provide habitats, materials and food sources to support mahinga kai (the collection of wild food and food sources) for species such as: tuna-eels, waikoura-freshwater crayfish, kakahi-freshwater mussels, inanga-whitebait, watercress and puha. These traditional practices and food sources are of critical importance to Māori cultural wellbeing, food security and potential economic benefits (such as the commercial eel industry) which are also valued and practiced by other New Zealanders. It has been reported that a “number of hapū/iwi have already identified mahinga kai values and attributes in iwi management plans, regional planning documents, and kaupapa Māori assessment frameworks” [1, 36]. Furthermore, many iwi and hapu groups have employed a range of methods and approaches to monitor individual taonga species that are of critical importance to them and their tribal interest areas. But research shows these valuable cultural food resources are damaged by excessive nutrients, toxins and silt from soil erosion and in waterways [37]. In addition, kai moana resources around river mouths (fish and shellfish) are also harmed by waterway pollution [1] (though we recognise that this coastal issue is outside of the MfE Document on proposed freshwater reforms).

In terms of food security, one NZ study [38] modelled a scenario where foods were gathered and gifted and this was found to reduce the cost of a healthy diet in New Zealand by 10%. Therefore protection of mahinga kai and kai moana resources are important for cultural wellbeing, nutrition and food security. 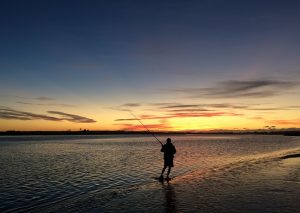 New Zealanders enjoy swimming, kayaking, rowing, boating and fishing in the country’s waterways. For example, 8% of NZ adults report participating in sports and recreation activities on, in, and beside lakes, rivers, and streams in the past week [39]. These pursuits have benefits in terms of physical activity as well as mental health. Yet all these activities can be threatened via microbiological contamination of waterways (with users getting enteric infections), degradation from excess nutrients, and problems such as algal blooms (see above).

Furthermore, the recreational activities also contribute to tourist revenue, with tourists coming for trout fishing, kayaking and other water-based activities. The Taupo fishery alone has been estimated as worth about $70 million annually, and Fish & Game reports the total value of recreational fisheries for the country is probably at least $250 million [1]. The health aspect here is that this tourism supports employment and incomes – which are important contributors to health and wellbeing.

NZ is particularly vulnerable to flooding owing to its geography (steep hill country) and building of houses on flood plains. As a result flooding impacts can be very high eg, insurance costs from the 2004 Manawatu floods were $112 million [40], but the true economic cost was probably several times this amount. Also floods in NZ can harm both mental health and social capital – as per the Manawatu floods in 2004 [41]. Furthermore, flooding risks might be increasing with heavy rainfalls associated with climate change (though this may vary by region around the country). To minimise the risk of floods it is important that soil erosion from agricultural land and waterway silting is minimised. This again highlights the value of returning erosion-prone high country land to bush/forests and to fencing off and revegetating strips bordering streams and rivers (ie, riparian fencing and planting). Enhanced pest control (eg, of feral deer, pigs and goats) will also protect forest biomass and so potentially reduce run-off and flooding risks [42].

Finally, climate change is a critical health issue and a key strategy for NZ to meet its international commitments to reduce greenhouse gas emissions is to generate electricity from renewable sources – including hydro dams. Yet sediments can reduce dam water storage capacity and accelerate wear on turbines. This is currently mainly a problem for smaller hydro schemes in NZ where the annual sediment yield exceeds 2000 t/km2 [43]. But in the long term, sediment flow will also continue to reduce the storage capacity of larger hydro schemes in NZ and even now there are turbine replacement costs due to sediment (reported as occurring every 5 years at a cost of approximately $1.3 million [1]).

What health workers and agencies need to do now

Given all these health-related issues associated with waterways, there is a strong public health case for further action to protect them. Therefore we encourage submissions on the Ministry for the Environment’s current discussion document [1] (due by 31 October 2019). In particular, we encourage arguments for very strong action to protect waterways and to build appreciation for the health benefits, cultural benefits and cost-savings that can arise from such actions. In a future blog we plan to comment on more specific aspects of MfE’s Discussion Document.

In summary the protection of waterways in Aotearoa/NZ is undoubtedly important from the perspectives of public health and cultural wellbeing. Additional costs to the agricultural sector for waterways protection need to be balanced with potential cost impacts elsewhere in terms of enteric disease treatment costs, water treatment costs, loss of wild food sources, tourism losses (eg, from impacts on trout fisheries), and the costs to the hydropower schemes from silt in waterways.