The NZ Government has published a discussion document outlining an Action Plan for achieving the Smokefree Aotearoa 2025 goal and invited submissions. This blog is one of a series examining key aspects of the plan to help inform the debate and submissions. Here we examine the ‘Tobacco-free generation’ policy (TFG), which provides a mechanism to protect future generations from tobacco harm and, over time, to phase out tobacco sales entirely. 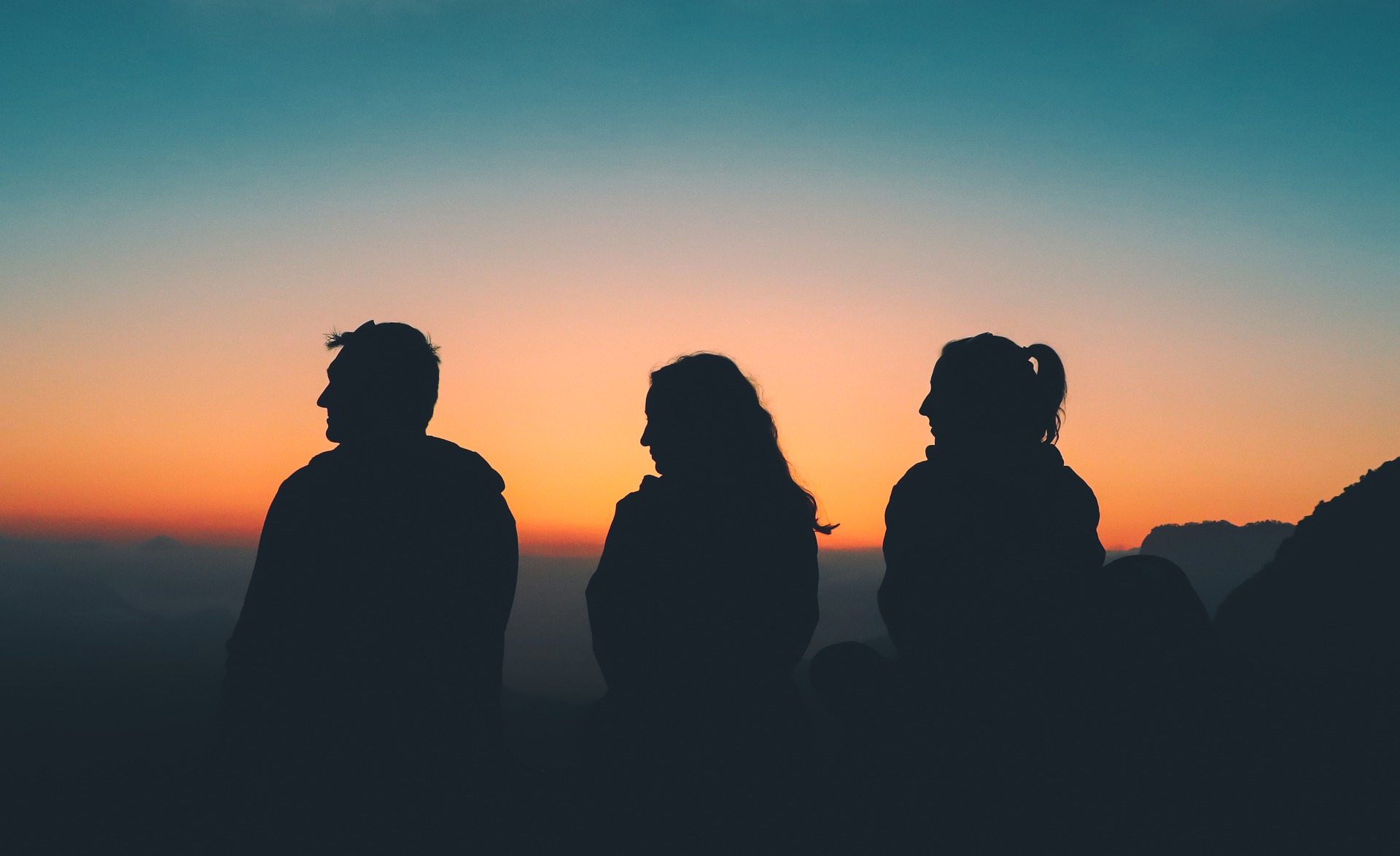 Image by Voy Zan from Pixabay

The Government’s response to the Covid-19 pandemic has highlighted the obligation of governments to safeguard the health of the population. It’s time to address the smoking pandemic, since ‘cigarettes kill more people each year than AIDS, heroin, crack, cocaine, alcohol, car accidents, fire, and murder combined’.

Two key facts about smoking are that:

Measures to protect young people from the risk of starting to smoke are therefore key to achieving the Smokefree 2025 goal. Minimum-age laws for sale of tobacco products are intended to provide such protection. Yet, these laws are not always successful (Nuyts, 2018) and may:

Hence, it is unsurprising that the tobacco industry (which relies on recruiting young smokers) actively supports minimum age laws.

What does the Tobacco Free Generation (TFG) propose?

Consumers have a right to be protected from products that may kill them, particularly where those products are addictive. Other products found to be harmful to health (e.g. asbestos, leaded petrol) have been phased out using ‘grandfathering’: to minimize disruption, existing buildings and vehicles have remained in use, but asbestos-free or lead-free products are enforced for new sales.

Because so many people are already addicted to smoking, it may be impractical to ban the sale of tobacco products overnight, so a workable compromise is to allow sales to adults who currently smoke but ban sales to new generations of customers.

TFG disallows the sale of tobacco to individuals born after a certain date. In the Smokefree 2025 discussion document, 31 December 2003 has been proposed as the watershed date. Thus, the minimum purchase age for tobacco would remain at 18 years until 2022, when TFG takes over. From then on, tobacco sales can only be made to people born in 2003 or earlier.

As with laws for other toxic substances, the emphasis for enforcement is on sales of the product and not criminalizing purchase or use.

What’s the likely impact of TFG?

NZ modelling shows that TFG would decrease smoking prevalence substantially, particularly in youthful Māori and Pacific populations (van der Deen et al, 2018). Assuming full compliance it would halve smoking prevalence in the under-45 age group within 14 years. Because about three-quarters of Māori and a higher proportion of Pacific are in this younger age group, TFG is likely to rapidly reduce ethnic smoking disparities. 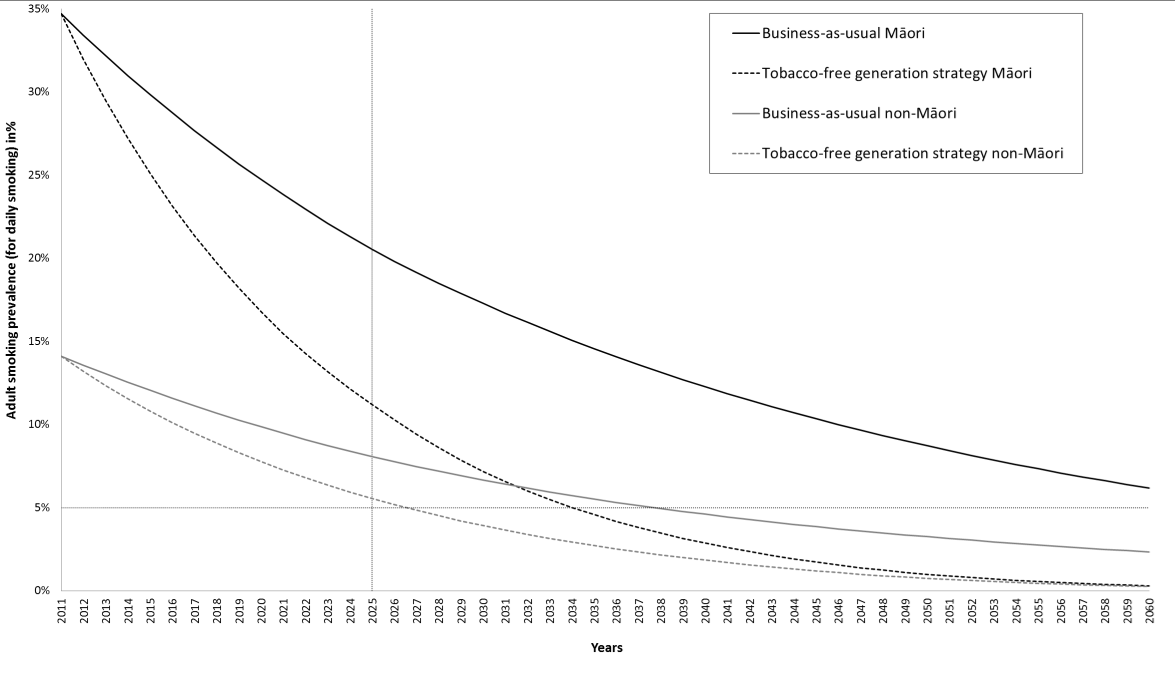 As well as direct policy effects, TFG is likely to have immediate signalling (Berrick, 2021) and denormalization effects, demonstrating that NZ is serious about becoming a smokefree nation. This clear stance will support people to remain smokefree and provide an additional trigger for people who smoke to quit.

On its own, TFG will mainly reduce smoking prevalence among young adults and it would take 50+ years to completely phase out tobacco sales. But in combination with other proposals in the draft Action Plan (e.g. taking the nicotine out of tobacco, retail outlet reduction and enhanced social marketing campaigns), smoking prevalence in all ages and ethnic groups could be expected to reach very low levels within 5–10 years.

Importantly, TFG would ensure the long-term success of the Smokefree 2025 Action Plan, since it would drastically decrease the creation of ‘replacement smokers’ and hence ensure that smoking prevalence remains minimal after the goal has been achieved.

How can the impact of TFG be enhanced?

Retail compliance with TFG is likely to be high if the Action Plan’s proposals to introduce retailer licensing, strengthen compliance and enforcement activity, and reduce the number of retail outlets are implemented. Retailers (particularly specialist retailers) are unlikely to risk losing their licence by making underage sales.

A key influence on the impact of the TFG policy will be the extent to which members of the tobacco free generation seek and receive tobacco from older friends and family members. Regular smoking is now rare in adolescents, but ‘social supply’ is the main source of tobacco for those who do smoke (Gendall et al, 2014). Access is easier for young people in communities where adult smoking remains prevalent (e.g. Māori and Pacific communities) (Gendall et al, 2014), and so social supply could undermine the ‘pro-equity’ effects of the policy.

Therefore, mass media and community-based initiatives to explain TFG and its rationale, to further denormalize smoking and to discourage social supply are likely to be important for the success of this proposal.  It is important that communications emphasize TFG’s aim of reducing smoking harm among future generations, not the youth control messaging that minimum smoking age laws may signal.

Research suggests young people are already turning their backs on tobacco and are therefore likely to be supportive of TFG. For example, a 2019 survey showed less than 3% of secondary students smoked weekly or more often, and prevalence among 15-24 year olds has also been falling. Low smoking uptake among young people means that TFG could be implemented as a youth-led initiative reflecting rejection of smoking by the next generation. Engagement and co-creation with youth communities (especially Māori and Pacific communities) will help to ensure the policy is framed and implemented successfully. Conversely, poor communication of TFG, and lack of community and youth buy-in, will limit its success.

Has it been done before?

More recently, TFG was introduced in Balanga city (Philippines) in 2016, as part of a comprehensive tobacco control package, with evidence of strong declines in youth and adult smoking. The measures have been popular with the public, such that neighbouring cities announced similar plans. Unfortunately, the policy’s success led to the Philippines Tobacco Institute (a tobacco industry body) bringing a legal challenge on the technical ground that Balanga’s policies were stronger than national legislation intended.

What public support is there for TFG?

Support for the policy among existing smokers is strong. Unpublished data from a 2017 survey of adult smokers and recent quitters in NZ found that 78% supported TFG, including 70% of 18-24 year olds.

Young people are among the strongest anti-tobacco advocates. Who could forget the children’s testimony to the Māori Affairs Select Committee Inquiry into tobacco harm? Young people have not been surveyed about the TFG policy specifically, but in 2012, 59% of Year 10 students (aged 14-15) said they wanted to live in a country where no one smokes and 57% agreed that cigarettes and tobacco should not be sold in New Zealand in 10 years’ time (i.e. in 2022) (Jaine et al, 2012).

The TFG movement is growing internationally, and surveys in Singapore (Khoo, 2010) and Tasmania report 70%-75% public support.

Recently, a town hall meeting in the Boston town of Brookline passed TFG with a watershed date of 31 December 1999; this measure will be implemented if deemed by the Massachusetts Attorney General to be consistent with state law.

Internationally, TFG is being advocated by grassroots coalitions of doctors, medical students and youth leaders, and has been endorsed by numerous public health bodies including the British and Norwegian Medical Associations and the 16th World Conference on Tobacco Or Health.

The TFG policy, if implemented as part of a comprehensive tobacco end-game strategy, has enormous potential to help ensure the smokefree goal is not only achieved but maintained long term. It is likely to reduce ethnic smoking disparities and provides a straightforward approach to phasing out tobacco sales. Harnessing grassroots support from children and young people who want a tobacco-free future will greatly help in the framing of TFG as a positive step for Aotearoa/New Zealand.