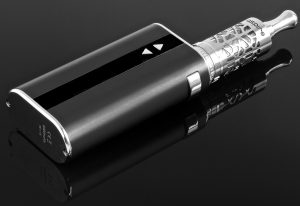 The Ministry of Health is inviting comment on a proposal to allow nicotine-containing e-cigarettes to be sold in New Zealand [see here].* It appropriately covers many potential regulatory issues – but not the important ones of who should be able to sell such products and retailer licensing. In this Perspective Blog, we argue the need for a regulated retail environment, such as should apply to all addictive substances (and indeed already strongly applies to prescription medicines that can produce dependence/addiction). Furthermore, we argue that any moves to make nicotine-delivering e-cigarettes more widely available requires an analysis of how combustible tobacco needs further controls at the retail level (as recommended by the Māori Affairs Select Committee – and not yet acted upon (1)).

Current regulations allow any retailer who wishes (eg, dairies, supermarkets, petrol stations, liquor stores etc) to sell tobacco. This model has resulted in over 6000 outlets throughout the country and has seen problems such as not infrequent law breaking, eg, illegal sales to young people by outlets such as dairies. As a further example of non-compliance with the law, a 2006 survey found that 64% of tobacco retailers had at least one breach of the then point-of-sale regulations (2).

Existing nicotine supply arrangements are thus a historical anomaly that seriously undermine the Government’s smokefree 2025 goal and need to be urgently addressed. Recent studies, including NZ modelling work examining the phasing down of tobacco retail outlets (3), and surveys examining public support (4,5) show measures restricting supply are likely to be both effective and well-supported. Furthermore, evidence from various overseas jurisdictions shows that registered or licensed businesses are more likely to comply with tobacco regulations, and that introducing a licensing system, including annual licence fees, could on its own reduce the number of outlets selling tobacco (6-8).

Moves to alter the current restrictions on the sales of e-cigarettes containing nicotine thus present an important opportunity to introduce a licensing system for both product types (tobacco and e-cigarettes). Licensing for e-cigarette retailers would bring many benefits, including a requirement to demonstrate how minimum age of purchase (eg, 18 years) conditions are met. In addition, licensing systems could require retailers to demonstrate that their staff are competent to deliver advice on e-cigarette use to support smoking cessation; they should also demonstrate knowledge of the ABC model smoking cessation, and support referral systems. Similar types of requirements could be specified for tobacco retail licensing. Within a licensing system for e-cigarettes, there is the question of what type of retail outlet should be licensed to sell e-cigarettes and e-liquids?

Restricting e-cigarette sales to only community pharmacies would frame this product as a smoking cessation aid or, at the very least, a harm-reduction strategy for long-term users. Importantly, it would ameliorate perceptions of e-cigarettes as a recreational drug and could therefore probably help reduce youth experimentation. Other advantages include that most pharmacists already give smoking cessation advice on a regular basis and sell such products as nicotine replacement therapy. They are also experienced in other harm reduction programmes such as the provision of methadone maintenance and providing clean needles and syringes for injecting drug users (a very successful programme that prevents HIV/AIDS and hepatitis C). In general, pharmacy staff are used to a strict regulatory environment for the supply of addictive substances. Furthermore, there are nearly 1000 community pharmacies in NZ, and they are relatively well distributed around the country.

Another likely advantage of pharmacy-only sales is that it would simplify any future moves to phase-out e-cigarettes, should that become a consideration once smoked tobacco sales have fallen to minimal levels. Because pharmacists are health professionals whose core business would not depend on e-cigarette sales, they would have less commercial incentive to prolong sales of a category that had fulfilled its useful public health function.

A possible down-side of pharmacy-only sales might be that staff could be less knowledgeable about transitions from smoking to vaping than vape shop personnel. Also some pharmacies might only stock a limited range of devices (though regulations could require a minimal range to help address this issue, and ensure appropriate staff training).

A survey of 30 Wellington pharmacists provides preliminary evidence for the acceptability of selling e-cigarettes among pharmacists in NZ. This research found that if the sale of nicotine-containing e-cigarettes in NZ were restricted to pharmacies, around two thirds of pharmacists would be very to extremely likely to sell these products [yet to be published work by one of us, FSvdD].

Licensed vape shops might offer better service than pharmacies by featuring a more extensive product range and providing first hand advice on e-cigarette use. Enthusiastic “vapers” who work in existing vape shops could offer important experience, given the complex nature of some e-cigarette devices. Vape shops with a large product range might benefit from economies of scale and be able to reduce prices for customers. With licensing, which would restrict sales to vape shops meeting specified criteria, it would be easier for government agencies to act against any rogue traders (eg, ones that made e-cigarette sales to youth).

Clearly there are complex pros and cons of pharmacies and vape shops being allowed to be licensed e-cigarette retailers. There might even be some advantage of licensing both, with ongoing monitoring and research to compare them. Then if one type of outlet was particularly problematic (eg, covert advertising or sales to youth) further regulations could constrain it or even eliminate it from the market. Again, however, the vape shop industry would have strong incentives to resist such moves and so this could be harder for a government to achieve.

Furthermore, caution is required with all new policy around addictive substances given that serial NZ Governments have a poor track record in this area. This is shown by:

*Note: We acknowledge that terminology is complex and rapidly evolving, but for simplicity we are using e-cigarettes as a term to cover the different types of vaping devices and nicotine-containing e-liquids.

2 thoughts on “Perspective: Options for Licensed Retailing of Nicotine-Containing E-Cigarettes in NZ”