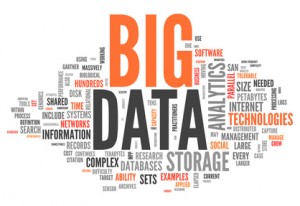 New Zealand is making rapid strides in the smart use of big data to provide better health information for decision-makers. Here we look at a recent output: a Treasury Working Paper that considers the employment and income effects of eight health conditions. Such information could ultimately inform the best use of resources for disease prevention and treatment interventions from a societal perspective.

In December last year the Treasury published a Working Paper by one of their staff, Sylvia Dixon (1). The study examined the impact of health conditions on the employment rates and incomes of working-aged New Zealanders (aged 20-59 years) who develop them. The study considered adults who were in wage or salaried employment at the time they were first diagnosed with the condition, and then survived for at least four years post-diagnosis.

The major advance with this work were the multiple data sources and analysis of integrated data. That is, the study used linked administrative data from the Integrated Data Infrastructure (IDI), a platform developed by Statistics NZ. This platform enables analysis of joined up data from the health sector and from other government sectors (all done anonymously in accordance with the security and confidentiality provisions of the Statistics Act 1975). This allowed for the economic consequences of health conditions to be estimated by comparing the post-diagnosis employment and incomes of those who developed the condition with those of matched comparison groups.

What did the study find?

Also, as might be expected, the employment and income impacts of TBI, CHD, diabetes and breast cancer decreased in size during the four years after diagnosis. This is probably from a mix of: people adapting to their new condition, managing it better (e.g., for diabetes), or the severity of the condition’s impact declining (e.g., after breast cancer is successfully treated with surgery or chemotherapy or radiotherapy). And to some extent, the comparator population has also been developing diseases in the future. But there was little improvement in the average employment and income effects of stroke during the four-year follow-up period – probably reflecting the often severe residual health damage from a stroke. In the case of COPD, an initially very small impact on employment and incomes grew gradually larger (also what might be expected with this typically progressive disease).

These results have high face validity to us, based on our previous work as clinicians (NW, TB) and our current work in chronic disease epidemiology. As well as the use of the integrated administrative data, we are also impressed with some of the methods used e.g., propensity score matching to help maximise the appropriateness of the comparison group. The study also contains thoughtful comment on the potential study limitations.

There is growing international interest in how health conditions might impact on productivity gains (via preventing premature death, early retirement, absenteeism and presenteeism). For example, Australian work has reported that: “The national aggregate impact of CVD [cardiovascular disease] through the loss of labour force participation amongst 45 to 64 year olds, equated to around AU$ 1.1 billion in lost income, AU$ 225 million in lost income taxation revenue, AU$ 85 million in additional government benefit payments, and AU$ 748 million in lost GDP, in 2009 alone” (2). Furthermore, “not only will early retirement due to cardiovascular disease limit the immediate income and wealth available to individuals, but also reduce their long term financial capacity by reducing their savings” (3).

The innovative type of work done in this Treasury study using the IDI could be expanded so that policy-makers who are interested in both health gain and workplace productivity can prioritise health interventions from a wider societal perspective, rather than just a health perspective. Indeed, as part of the Healthier Lives National Science Challenge, we will be doing so for a wider range of conditions than those in the Treasury Report. And for extended analyses using the IDI (e.g., looking at interactions with pre-existing morbidity and socio-economic status prior to diagnosis).

Of note, there are available interventions for preventing a majority of the conditions in this Treasury study e.g.:

We also note that there are a range of interventions which are particularly good investments that will be likely to benefit virtually all age-groups, generally reduce inequalities in health and produce net health system savings. Examples of these are enhancements in tobacco control (e.g., tobacco tax increases in NZ (4)), reductions of salt in processed foods in NZ (5), and increasing alcohol tax (6). NZ modelling work also suggests such benefits from a soft drink tax (7), and Mexican data also suggests that such a tax is working to reduce consumption and production (8,9). But all these models could be extended to include productivity losses using IDI data to provide information on a wider front to policy-makers that includes impacts beyond the health sector.