The Global Health Security Index which considers pandemic threats has just been published. Unfortunately NZ scores approximately half marks (54/100), coming in 35th in the world rankings – far behind Australia. This poor result suggests that the NZ Government needs to act promptly to upgrade the country’s defences against pandemic threats. 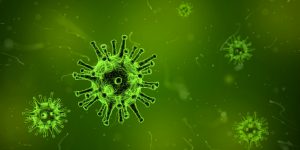 Image by Arek Socha from Pixabay

The GHSI is the first ‘comprehensive assessment and benchmarking of health security and related capabilities across the 195 countries that make up the States Parties to the International Health Regulations’ [1]. The philosophy behind the index is that all countries must not only prioritise capabilities to prevent, detect and rapidly respond to public health emergencies, but that countries must also have a robust health system, be compliant with international norms, and work to improve their risk environment. The Index emphasises the importance of addressing global catastrophic biological risks (those of unprecedented scale, that might even undermine humanity’s long-term potential for progressing civilisation). Public health capabilities must be regularly (annually) exercised and countries need to be transparent about their capabilities to assure neighbours. By publicly illuminating the gaps in preparations the Index should motivate action to address these gaps in preparations, consistent with the GHSI’s theory of change.

In this way the GHSI is a broader and more comprehensive measure than existing assessments such as the Joint External Evaluation (JEE) that NZ undertook in November 2018 with the World Health Organization (WHO) [2].

The method used by the GHSI is intentionally based on published and publicly available data sources, thereby encouraging nations to document and publicise their preparations, because pandemics typically spread widely and unless all nations are prepared then the risk of spread can remain high. The GHSI method uses a binary scoring system across 140 variables in six categories, which means that partial preparations that do not meet the defined criteria may score zero. Advantages of this method are repeatability, objectivity and its aspirational nature. The method prioritises published information, functional systems, testing of systems and appropriate financing [1].

The main finding of the GHSI Report is that collectively international preparedness is weak. This susceptibility is amplified by political, socioeconomic and environmental vulnerabilities that can confound outbreak preparedness. Additionally, there is very little oversight of concerning dual-use biotechnology research (research that can be used for good but could also cause harm). The Index is not intended to be used as a ranking system, and rankings are not particularly relevant when there are clear deficiencies in preparedness.

NZ has made some pandemic preparations, including a 2017 NZ Pandemic Influenza Action Plan [3], which is situated in the context of a 2015 National Health Emergency Plan [4], in addition to the 2018 JEE. The country’s previous pandemic plans have been assessed as being ‘detailed’ [5], and were compared favourably with European plans [6]. Although NZ has exercised its pandemic action plan with simulation in the past (Exercise Cruickshank 2007) [7], this was intentionally not comprehensive. Some NZ experts also took part in an exercise simulating smallpox bioterrorism in the Pacific [8]. But these type of exercises have not occurred nearly frequently enough.

Furthermore, recent problems with infectious diseases in the country strongly suggest that more should be done to prevent and mitigate. In August 2016 Havelock North suffered the world’s worst ever waterborne campylobacteriosis outbreak, costing $21 million and tragically several lives. Additionally, 2019 has seen a large national measles epidemic, which threatens our measles elimination status and has resulted in NZ exporting this infection to vulnerable Pacific Island nations. These public health emergencies were both preventable and support the GHSI assessment that NZ needs to improve its public health infrastructure.

The second report of the Havelock North Drinking Water Inquiry described a long list of failings [9], including the erosion and fragmentation of NZ’s public health institutions. These deficiencies include lack of national leadership, loss of technical capacity, outmoded legislation, inadequate resources, poor enforcement, insufficient monitoring, lack of coordination, and little training across the sector [10]. Furthermore, the loss of critical public health mass in the Ministry of Health makes it difficult for the country to mount a rapid and effective response to emerging issues [11]. Not only is NZ not yet optimally prepared, the even poorer preparations of neighbouring countries such as Fiji (GHSI score 25.7) and the Cook Islands (20.4), probably increase the risks throughout the whole region.

All of this matters immensely, because the threat of a major global pandemic is probably growing due to the intersection of a suite of risk factors that include increased human exposure to zoonotic organisms, increased availability of advanced bioengineering methods and synthetic biology, and little oversight of dual-use biotechnologies of concern [12]. The Global Preparedness Monitoring Board that was set up in response to the Ebola outbreak of 2014–16, concluded in their 2019 Annual Report that we live in ‘A World at Risk’ and urged political action on seven recommendations [13].

NZ’s current GHSI score is particularly problematic given that one recent analysis indicates that it is the second most optimal refuge for humanity in the case of a pandemic(s) that threatens human extinction [14] (behind Australia and ahead of Iceland in third place). It seems important that locations identified as potential refuges work to bolster public health preparations (especially rapid enacting of border control) to ensure they can function as such. Australia’s GHSI score of 75.5 (4th), lends additional weight to the findings of that analysis in that Australia is possibly the optimal island refuge to preserve technological society in the event of a catastrophic pandemic.

What more does the NZ Government need to do?

The GHSI should be treated as a maturity model with the goal being to lift NZ’s score from 54.0 to 100/100. The assessment scored the country at zero for some indicators such as ‘Data integration between human/animal/environmental health sectors’ and also ‘Exercising response plans’ among others. These gaps may be relatively simple to address, and it is possible that transparent, clear, publications describing the preparations already in place might satisfy those making future GHSI assessments.

Other gaps are of greater concern as they indicate a long-term pattern of under-investment. NZ is one of the only high-income countries that lacks a field epidemiology training programme, which is reflected in its low score for “Epidemiology workforce”. This is precisely the workforce that is needed to develop and drive many of the systems required to prevent and manage pandemic threats.

The panel undertaking the current Health and Disability System Review in NZ indicated their awareness of ‘debates about the desirability or otherwise of recreating a standalone Public Health Agency’ [15]. This review should be seen as an opportunity to reassess and strengthen public health institutions and infrastructure in NZ.

The Ministry of Health could look to broaden the scope of the Influenza Pandemic Plan to include other kinds of threats such as synthetic bioweapon scenarios, along the lines of the Clade X exercise undertaken by Johns Hopkins University [16].

Simulation exercises such as Exercise Cruickshank [7] and Exercise Mataika [8], are critical and should be undertaken much more often. Indeed, there is an opportunity for the New Zealand public health and biosecurity workforce to participate in this simulation at the Public Health Summer School in February 2020.

NZ could also consider and adopt recommendations that have been made in other countries. For example, in the UK in August 2019, 15 expert academic researchers and biosecurity practitioners from a diverse range of fields, met to discuss the UK Government’s approach to emerging infectious diseases and bioweapons, and ways it could be improved. This meeting recommended [12], that the UK Government:

Pandemic threats (and worryingly potentially catastrophic ones from novel bioengineered agents) could spill from unprepared countries to the rest of the world. This risk means that NZ must play its part to ensure global health security. In particular, the country must ensure maximum internal preparation, and also support preparations elsewhere in the Pacific in order to protect ourselves and the region.