Wellington City Council is currently consulting on a cycle network for Wellington. This is a big deal. WCC are proposing a 147km cycle network around the city, the vast majority of which is new. This will mean most suburbs in the city have cycleways that connect to the central city and three quarters of people in the city will be within 5 minutes ride of the network.  Following the approach of some of the most innovative cities in the world, WCC plan to roll out a lot of the network using temporary infrastructure (e.g., planter boxes) in the next 3 years, to be gradually hard engineered into the fabric of the city over the next decade. This means people can start cycling soon instead of waiting for everything to be completed and that aspects that don’t work well are adjusted before they are concreted in.

The cycle network will reduce greenhouse gas emissions from transport, improve health through increased physical activity, reduce air pollution and make our city a better place to live by reducing traffic and noise. 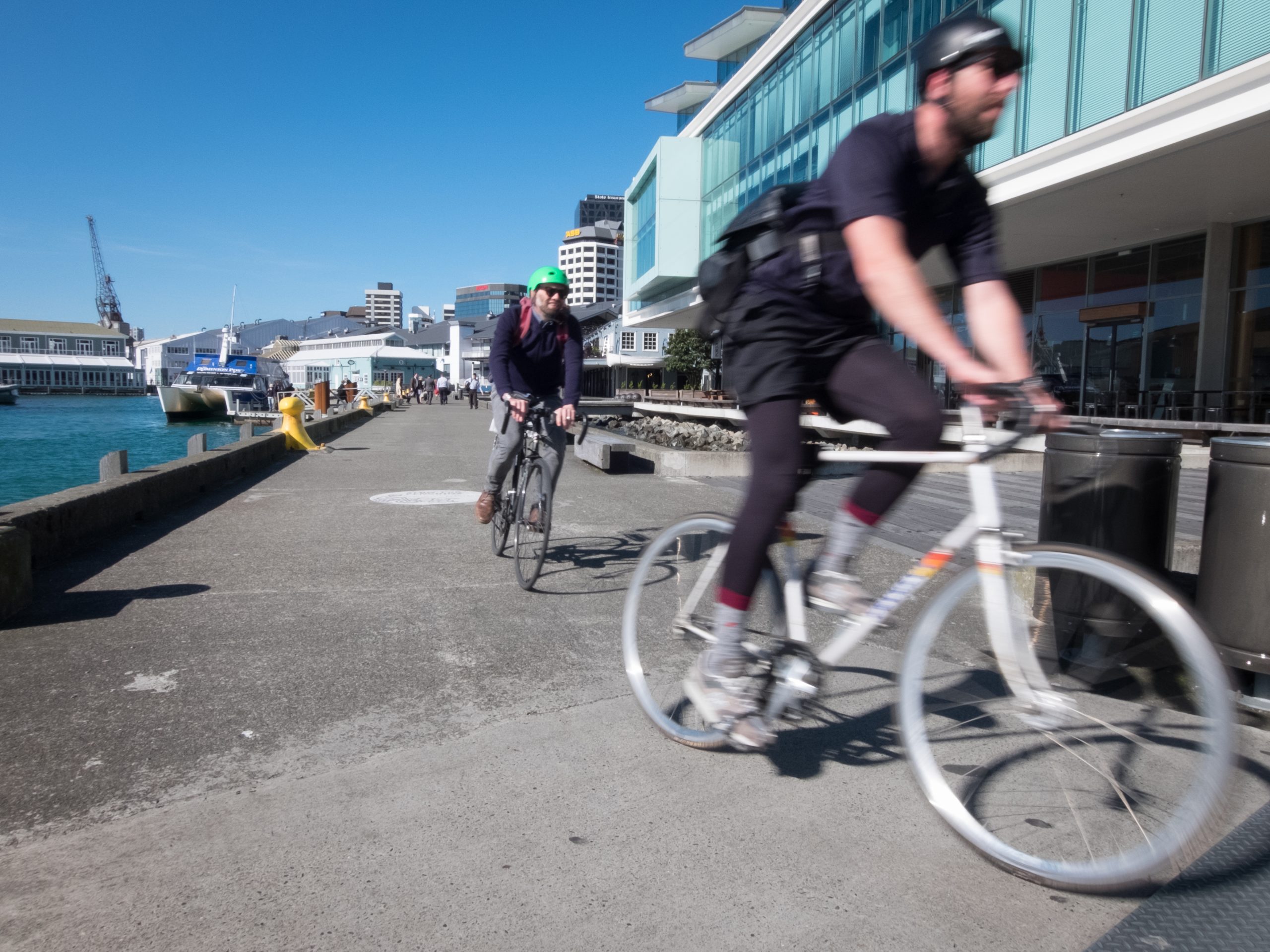 What can we expect from this level of cycle network?

About 2.0% of current trips in Wellington are cycled. This is consistent with what we’d expect given current infrastructure and is actually higher than a number of other cities in NZ. International evidence on the association between the extent of cycleways and the percentage of trips taken in a city suggests that we would expect around 12% of trips in the city to be cycled once the proposed cycle network is complete (see footnote at end of this blog), but this could be higher or lower depending on the quality of the cycle network.

What would Wellington be like if we had that level of cycling?

It’s hard to imagine right now, but this level of cycling would completely transform our city. It’s a similar level to Berlin, higher than Vancouver or London.  The city will look and feel different; more bikes obviously, but also more space for people.

It is stating the obvious but lots more people would cycle. The network would mean a large number of people who don’t currently cycle would start, and those that already do would cycle more. More people cycling means less greenhouse gas emissions and more health benefits. More people cycling also makes cycling safer overall, so we would expect to see the risk of cyclist injuries reducing.

We would expect to see greater diversity in who cycles with an integrated cycle network. For example, we would likely see equal numbers of men and women cycling. At the moment about three quarters of cyclists are men. But we know that as the number of people cycling increases this changes, and the gender balance of cycling evens out when about 7% of trips are taken by bike.

We will also see more children cycling both with their parents and by themselves.  We know that safety is one of the key reasons parents don’t let their kids cycle places right now. A cycle network will allow parents to ride alongside younger children to schools and activities and allow older children more independence to safely get themselves to and from where they need to be. This will help kids become more independent and reduce school time traffic congestion.

People will own fewer cars. Local and international studies show that people make different decisions about car ownership when they have viable cycling options. A cycle network would provide the freedom to get from place to place, without the high costs associated with owning a car that we often underestimate. Having fewer cars would be great; they take up a lot of space in our city which could be used for green space or housing.

Can this really happen in Wellington?

People sometimes think that this level of cycling would be impossible in NZ. There seems to be a belief that we are somehow more attached to our cars than other people or our cities are different, or our weather is worse. Let’s look at these in more detail.

Firstly, we know New Zealanders enjoy cycling – it is one of the most popular recreational activities in both adults and young people.

Secondly, where we have put in cycling infrastructure New Zealanders have used it. The Model Communities Programme which put in a small amount of infrastructure in Hastings and New Plymouth in 2010/11 showed enduring increases in active transport (cycling and walking) and reductions in car use and greenhouse gas emissions. This is remarkable as a lot of the infrastructure was quite low quality, it wasn’t a complete network and this was a one-off project rather than a programme of work aimed at increasing urban cycling. In Christchurch the council has a 15-year plan to complete 101km cycle network around the city by 2029. Only some of it has been finished but in the last few years there has been a 10% increase in cycling every year.

Thirdly, our weather is better than other places with (currently) higher levels of cycling. Compared to Portland in Oregon and Vancouver, which are both cities with higher levels of cycling than Wellington, we have lower average monthly rainfall, a lower average number of rain days each month (e.g., 7 in Wellington compared to 11 in Vancouver) and temperatures that never get as cold. We do have more wind though, but also less snow.

Finally, some of our cities may be more spread out or hiller than other cities internationally but we now have the solution to both these issues. The ebike. This miracle technology allows us to cycle further while effortlessly overcoming wind and hills, without a shred of Lycra in sight.

The reservations that people have that higher levels of cycling could not happen in Wellington or elsewhere in NZ are most likely because we have never tried to do this properly. Not because of some unique feature about people who live in NZ that means they would never take up cycling. 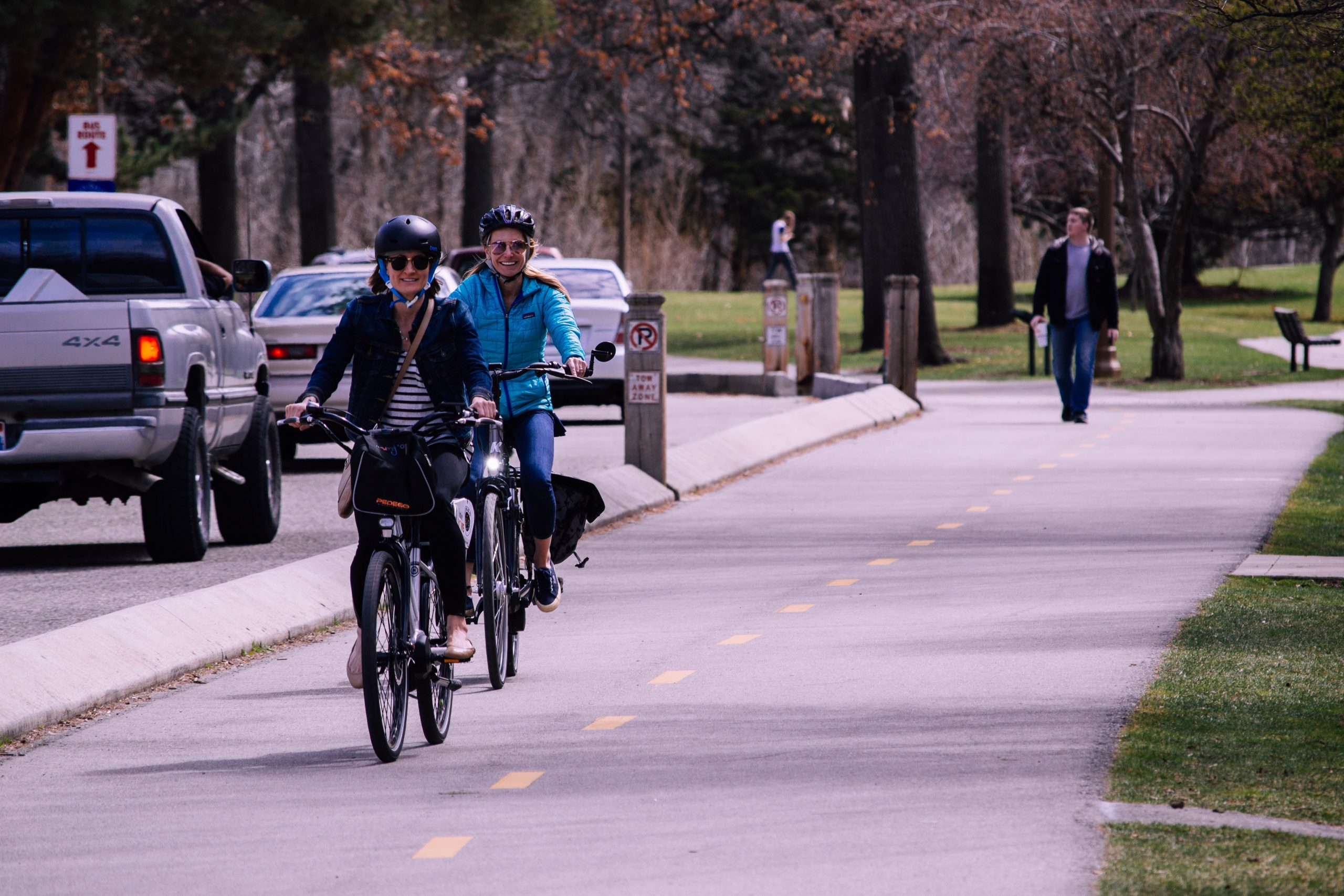 Image by Brett Sayles from Pexels

What can WCC do to ensure we get the biggest impact from the proposed network?

Putting in bike lanes is not enough: it’s the baseline requirement on which you build. So, what else can WCC do to ensure that this network is successful? The evidence suggests quite a lot (the one advantage of being a slow follower is that we can look at what everyone else has done). To maximise the number of people cycling WCC should:

If it is delivered well, the proposed cycling network will swiftly provide the people of Wellington with a viable, low-carbon, healthy and fun way to travel and be a legacy we can be proud of.

*Author details: The authors are with the Department of Public Health, University of Otago Wellington, NZ.

Footnote: We predicted mode share of cycling under the new network using the relationship between km cycleways per capita and cycling mode share reported from an analysis of 167 cities. Using the current population of Wellington (about 202700) and after removing 16km of non-urban sections of the 147km network, we estimated the new per capita km of cycleways to be 55.2km/100,000 people (on top of the existing network of around 9.3km/100,000).