This blog discusses what will be needed to operationalise the End of Life Choice Act in the event that it is approved at referendum. It argues that this will take significant resources. Judging by the experience in Oregon it is likely that this may only benefit a small number of older educated white people. The health system is currently significantly stretched by the extra demands and changes required because of Covid-19. There is also an urgent need to implement some of the findings of the Simpson review on health system reform. Arguably more suffering would be relieved if the resource required to implement a system for assisted dying were put into palliative care funding.

At the next election voters will be asked to answer the referendum question “Do you support the End of Life Choice Act 20191 coming into force?” If a majority vote Yes then this Act will come into force without further amendment.

The focus of discussion has almost exclusively been around the ethical question of whether, in the circumstances described in the Act, it is ethical to proceed with medically assisted aid in dying. There has been little discussion about whether, if we accept this is ethical, introducing a regimen to enable this is a sufficient current health priority to justify the funding required to operationalise the Act.

In the event that the referendum supports the enactment of this Act there would need to be a significant allocation of resources to establish and maintain a system to deliver the requirements of the Act. This represents an opportunity cost, as these resources cannot be spent on other aspects of the health system, for example, enhancing palliative care services. 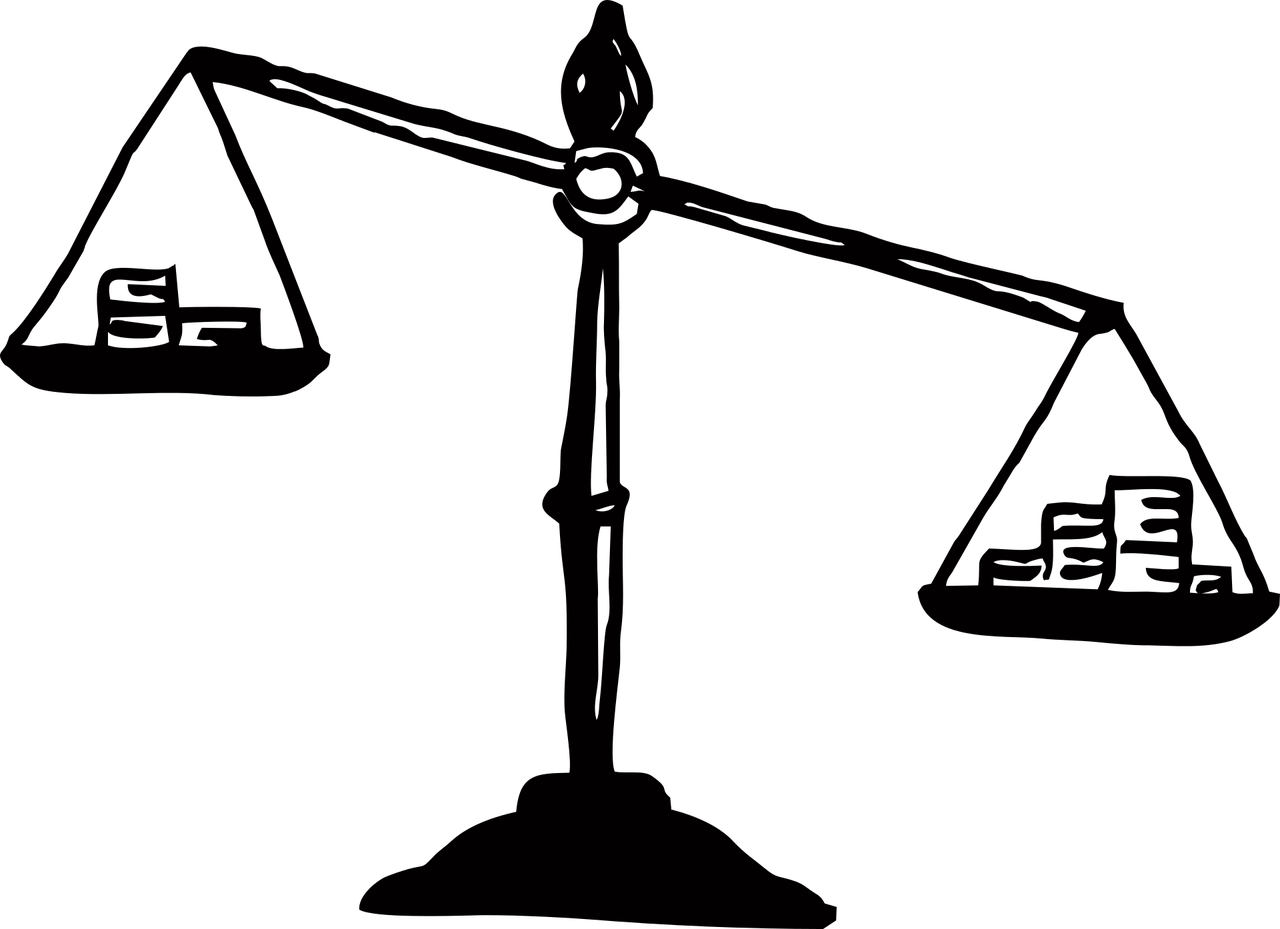 Image by b0red from Pixabay

A significant bureaucracy would need to be established. The Director General of Health would have to appoint a registrar, an end of life review committee, and the Support and Consultation for End of Life in New Zealand (SCENZ) group. The SCENZ group has many tasks listed in section 25 particularly including developing and maintaining registers of all the practitioners who are prepared to provide services under the Act and providing and promulgating standards of care.

To develop the registers, every doctor, nurse practitioner, pharmacist and psychiatrist in the country would need to be consulted over whether to make themselves available under the Act or whether they will invoke their right to conscientious objection. All health institutions (public hospitals, private hospitals, hospices, general practices, pharmacies, and others) would need to develop policies addressing how they will respond to requests for medical assistance in dying. Given the strength of feeling around this issue, developing these policies may be difficult, and hence resource intensive, as those working in the institutions may not agree as to what should happen.

As well as these costs of setting up systems to implement the Act, there would also be ongoing costs of assessing and managing people requesting assisted death. Given that there will only be a small number of people seeking assisted dying it is likely that if the “attending medical/nurse practitioner” (likely the patient’s usual GP/nurse or hospital specialist) considers the request, they will need to spend time becoming familiar with the Act, accessing all the forms required by the Act, and ensuring that they have the appropriate knowledge and skill to administer the lethal dose of medication. As the regular doctor they will already have information relating to all the matters to be considered; prognosis, the irreversibility of the condition, and having knowledge of their social circumstances to be able to judge whether they are free from pressure. If instead the “attending medical practitioner” chooses to refer to a “replacement medical practitioner” then that practitioner will need to spend significant time coming to grips with these issues. Who ever is responsible needs to ensure understanding of alternatives to end of life care, the process of assisted dying, and encourage the patient to discuss their wish with family and friends. If there is any doubt, they will need to refer to either another practitioner or a psychiatrist. On administering the medication, the practitioner must be available until the patient dies; within the same room or close by. The Oregon experience is that the time from ingestion to death is a median of 51mins (range 1min-47 hours)2 Finally there are considerable reporting requirements. Overall, the time commitment required from the “attending medical practitioner” or “replacement medical practitioner” will be substantial.

Nowhere in the Act is there any mention of funding for the practitioners involved in enabling assistance in dying. There are two extreme options with the likely end service somewhere between these two extremes. The first option would be a fully public provided service with higher opportunity cost to the State, but no patient fee. It is unlikely that a fully publicly funded option will be available. We already know that it is very unlikely that these services will be provided from hospices. Given the pressure on psychiatric services it would seem unlikely that a District Health Board (DHB) employed psychiatrist will be available to provide services under this Act. There is no requirement in the Act that DHBs provide these services and unless they are provided explicit funding, it would seem likely that they will decline to provide them. The second option would be a for-profit service as, for example, happened for provision of abortions. In years past when abortion services were not available in all DHBs, women could go (and still do go) to the Auckland Medical Aid Centre http://www.amac.org.nz/. Were this option to be developed, the opportunity cost to the State would be less; limited to setting up and maintaining the bureaucracy required for accountability, but the cost to the patient would likely be substantial. Combined with the difficulty that terminally ill people may have with travelling, this option would likely severely limit access to the service. If the Act is enacted it is likely the service would be somewhere between these two extremes, but likely closer to the for-profit end.

What is the size of the potential quality of life benefit?

We do not know how many people would seek aid in dying in the event the legislation is enacted. Although there are some differences in the populations, a reasonable comparison would be with the US state of Oregon. Oregon has a population of 4.2 million3 (New Zealand 5 million)4 and has had a Death with Dignity Act5 in force for the past 22 years. Their Act also requires a life expectancy of 6 months or less and is similar in many other respects. Their experience is that the typical patient is older white and well educated. The median age of patients is 74 years (range 33-98 years). Life expectancy in New Zealand (81 years) and Oregon (79.6 years) is similar. Just over 50% of patients had a university degree, but Oregon has a higher proportion with degrees in the population (33%)6 than New Zealand (15%).4  Ethnicity was listed as white for 96% of patients. Ethnicity groupings are different. In Oregon whites make up 77% of the whole population with the main minority groups being Hispanics, Black and Asian3 compared to New Zealand where European make up 70% of the population with the main minority groups being Māori, Pacific and Asian.4 In 2019 a total of 188 people died under the provisions of Oregon’s Act, 0.51% of total deaths. During the first 5 years of the Act being in force on average 25 people a year, around 0.08% of total deaths, utilised the Act.2

If this level of demand is reflected in New Zealand, then it will benefit a small but increasing number of people over time likely from a group who can afford the costs and who already get significant benefit from our health system. The result of enacting this Act will be to increase health outcome disparities…we will be providing an additional service to educated white people. The opportunity cost to the State will be higher if this is State funded. If privately funded there will be a smaller opportunity cost to the State of running the accountability bureaucracy, but the service will only be available to those who can afford it.

A lot of effort has already gone into this debate. No matter what the outcome, the opposing sides are both likely to continue to be active. If it is passed, those opposed will probably lobby to try to limit the application of the Act. If it is not passed, then proponents will probably continue to lobby to re-litigate at a future date. In the meantime political parties are likely to pay more attention to issues at the end of life. Hospices currently have to fundraise for 60% of their costs.7 Only one in three people dying in New Zealand are supported by a hospice.8 There are 33 hospice services in New Zealand but there is inevitably limited service to rural areas and smaller centres. Given this limitation of access, and the extent of fundraising required, there is a strong argument to prioritise funding to hospices as an effective and non-contentious strategy to decrease suffering at the end of life. This may also decrease the demand for euthanasia.

Changing the status quo now will require focus on this issue and take attention away from the much more serious issues of responding to the Covid-19 pandemic and to the Simpson review of the health system.

The ethical debate is unlikely to reach consensus. However, this referendum is also about allocating scarce health care resources on providing an assisted dying service (assuming it has an element of state funding), which will disproportionately be used by the affluent and educated. As well as considering the ethics of euthanasia we also need to consider whether the funding needed to set up and run an assisted dying service would be better spent on other priorities such as reducing disparities in cancer screening, diagnosis and care services or supporting and improving the provision of palliative care.

This entry was posted in Uncategorized and tagged End of Life Choice Act, Euthanasia, medically assisted dying by tedla55p. Bookmark the permalink.

3 thoughts on “Is Euthanasia a health priority for New Zealand at present?”