There is one area where Ireland is already leading the way however and that is with its cross-sectoral ‘whole of government’ approach to improving health and tackling obesity in the country’s quest to become a healthier and more prosperous nation. There are a number of parallels between Ireland and New Zealand: both are English-speaking, small countries (the Republic of Ireland has a population of 4.6M) with strong agricultural sectors that are situated on the periphery of their respective geographic/economic trading regions. Both countries also have very high rates of overweight and obesity (61% Irish adults and 25% Irish children are overweight/obese compared with 65% of New Zealand adults and 33% of children). What is different however is how the two countries are tackling a problem that has serious impact on morbidity and mortality rates, and costs New Zealand in excess of $700M a year in healthcare expenditure and lost productivity (1).

For the last several years, the approach to obesity in New Zealand has been that what we eat and how we live are matters for individual responsibility – not government leadership, influence and intervention. In that time we have seen national obesity rates climb from 26.5% of adults and 8% of children in 2006/07 to 31% and to 11% respectively in 2012/13. The recent announcement of the Healthy Families NZ programme is welcome, but our dismal inability to reverse (or even slow) obesity trends so far suggests that far more must be done. The Irish approach to the obesity problem has not been an ‘either/or’ approach but rather a comprehensive approach that supports development of personal skills AND facilitates environments that support healthier choices:

“People of course have a fundamental right to choose to eat what they want and to be as active as they wish. That is not the issue. What the National Taskforce on Obesity has had to take account of is that many forces are actively impeding change for those well aware of the potential health and well-being consequences to themselves of overweight and obesity. The Taskforce’s social change strategy is to give people meaningful choice. Choice, or the capacity to change (because the strategy is all about change), is facilitated through the development of personal skills and preferences, through supportive and participative environments at work, at school and in the local community, and through a dedicated and clearly communicated public health strategy.” 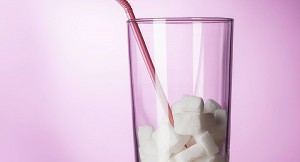 Ireland’s Special Action Group on Obesity established by the Minister for Health in 2011 provides an excellent example of a government-led, evidence-based approach to tackling obesity. Immediate priorities identified were:

Recent proposals focus on what are termed ‘top-shelf foods’ (those high in fat, salt and sugar (HFSS) at the top of the food pyramid) and include:

The strong government leadership and comprehensive approach taken by Ireland in tackling a problem that no country has successfully overcome in the past three decades (2) is to be applauded. The chances of success appear good given that this is a country with a track record of taking bold steps on health initiatives: Ireland was the first country in the world to ban smoking in workplaces in 2004, and the cabinet is currently drafting laws to compel tobacco companies to use plain packaging on products sold in the Republic.

Ireland has made the health of its people – and now reduction of obesity – a clear public health priority. Will New Zealand get back in the game and do the same?