E-bikes are everywhere. Sales are booming and predicted to overtake sales of new cars in a few years. There were three times as many e-bikes and e-scooters imported into NZ in 2019 alone as there are e-cars in the entire country. You can’t go out in the city these days without seeing people having fun zipping past on their e-bikes.

E-bikes have the potential to transform our cities into more enjoyable and liveable places. Unfortunately, we are not seeing an effort from policy makers to encourage this low carbon, healthy form of transport. Research on of e-bikes has been growing as rapidly as their sales, so in this blog we outline what we know about the carbon and health impacts of e-bikes. Then we look at policy in this area, what could be achieved, what the barriers are and where policy is at currently. We argue that policy makers need to stop treating e-bikes like a recreational luxury item and start thinking of them as an integral part of a fun, low carbon, and healthy transport system. 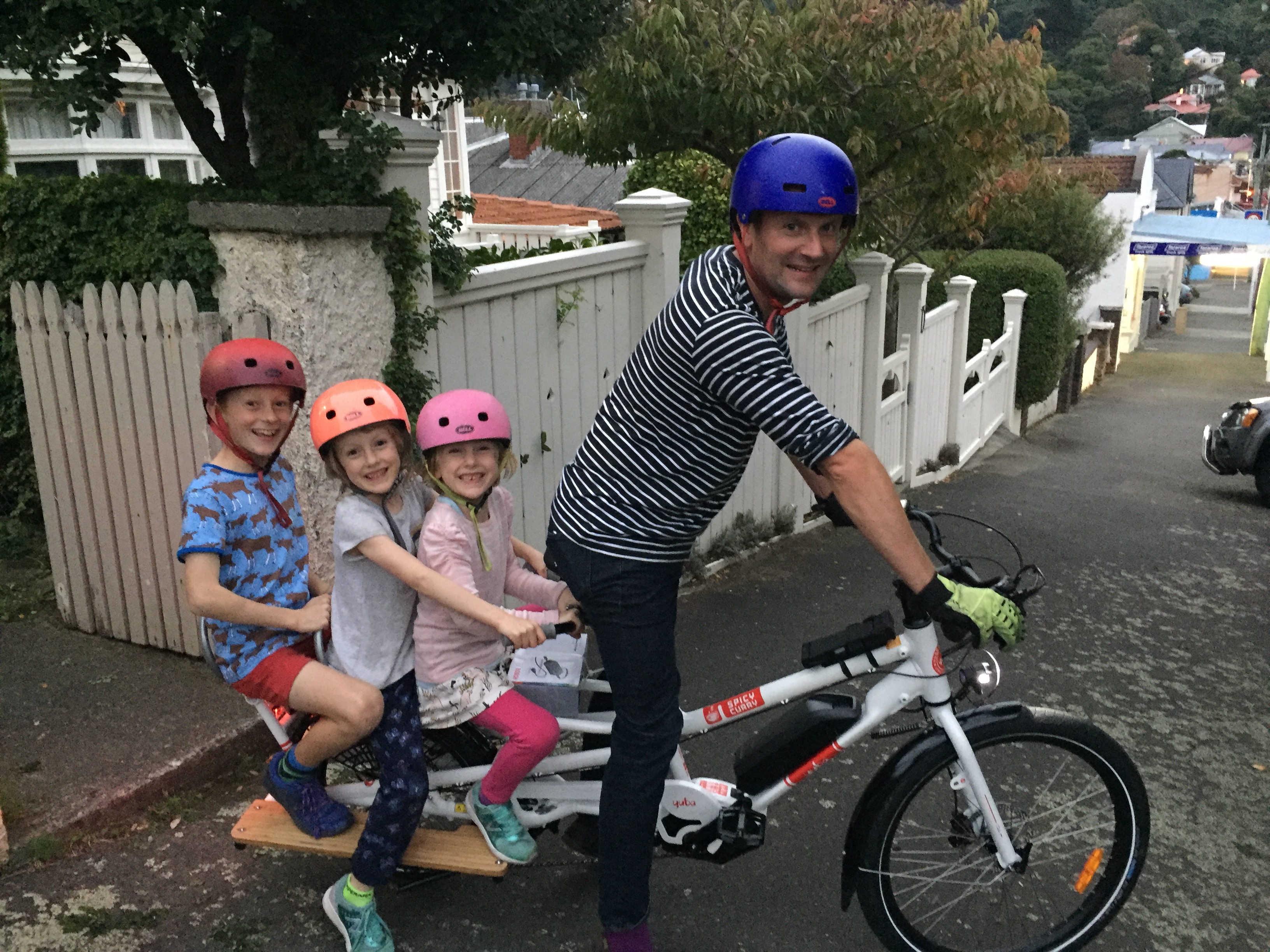 Are e-bikes good for your health?

The evidence we have suggests, on balance, yes.

We don’t know much about the association between e-biking and specific health outcomes (e.g. all-cause mortality, cardiovascular disease, diabetes, obesity). Many of these adverse outcomes are reduced by regular cycling, so while we might expect to see a similar, albeit weaker, association between these health outcomes and e-biking, there is not currently much research. One study suggested a shift to using an e-bike resulted in (non-significant) small increase in BMI – but it was unclear whether people had shifted to e-biking from cycling or from driving (which would likely have different impacts).  Further work is also needed to establish the impact on e-biking on mental health and wellbeing- we know physical activity is good for mental health, but better understanding of how e-biking can contribute to this would be useful.

E-bikes are associated with injuries, particularly in older riders, who may be using e-bikes to extend their riding life. More work needs to be undertaken to better understand the risks and severity of injury compared to regular bikes and other modes of transport.

A recent review and meta-analysis of 24 studies showed that e-bikes replaced around 24% of trips previously taken by car. This study also showed that (perhaps unsurprisingly) substitution of car trips by e-bike trips was larger in the countries with a higher level of car dependence and that privately owned e-bikes were more associated with substitution of car trips than shared e-bikes.

What about the number of kilometres driven that are replaced by e-bike use? The previous review was about the proportion of trips substituted by e-bikes, it didn’t tell us how many kilometres reduction in car use (and thus carbon emissions avoided) occurred as a result of e-bike use. A UK study that did examine this showed that there was a 20% reduction in car miles travelled by participants of a trial of e-bikes. The result from this trial are consistent with other studies that have examined this issue.

A common criticism of studies like this is that they involve a highly selected small population of people (i.e. interested volunteers who may have been thinking about trying an e-bike anyway) so their findings are not relevant to the real world. Fortunately, we already have evidence from the real world that, with the right environment, it is possible to have much higher levels of cycling than are currently seen in NZ.

Finally, assessments of lifecycle emissions of e-bikes (this includes the carbon cost of manufacturing, destruction and running an e-bike) confirm that these are significantly lower than public transport and cars on a per person per kilometre basis.

Reducing the number of cars would make our cities safer and nicer places to live. Will e-bikes help us do that? One study from the Netherlands found that there was no difference in the proportion of e-bike owning households that were car free, compared to households without e-bikes. However, they did find that households with an e-bike were less likely to own more than one car. For New Zealand this is really important; we have extremely high levels of car ownership per capita, with many households owning multiple cars. Replacing second or third cars with an e-bike would be a significant step forward to reducing parking and transport land requirements in our cities.

Do people want to use e-bikes?

There is no point in promoting unpopular modes of transport. Fortunately people really like e-bikes (this is confirmed by e-bike sales). One of the consistent findings of studies involving lending people e-bikes is that participants enjoy the experience and express interest in buying and using e-bikes in the future.  E-bikes are also particularly attractive for women. If we want to get more women cycling (and we should) then promoting e-bikes is one of the ways to do it. 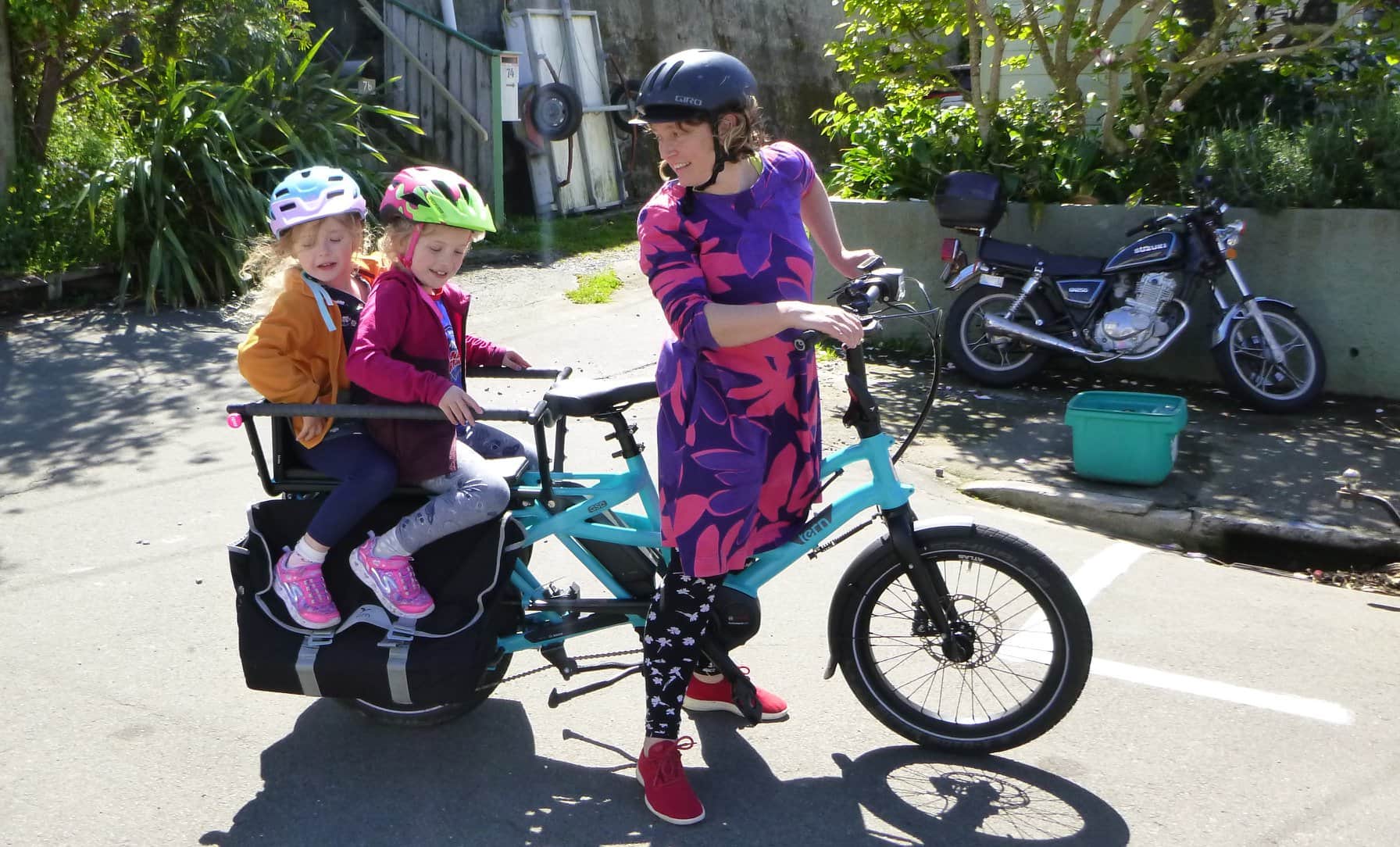 Show me the money: How does promoting e-bikes compare financially to other interventions to reduce emissions?

Recent work here and here suggests that dollar for dollar, e-bike incentives result in larger reduction in carbon emission than incentives for e-cars. Based on our calculations, incentivising e-bikes may also compare favourably to other investments towards a low carbon future. Last month, the Government announced a $12.7million investment in clean energy, predicted to reduce carbon emissions by 14,730 tonnes per year. We estimate that an equivalent investment towards a $500 e-bike subsidy could subsidise over 25,000 e-bikes and would reduce carbon emissions by 12,471 tonnes per year*. Given that e-cars receive a subsidy (saves the average e-car driver $600 per year from the exemption to road user charges), e-bike subsidies are not such a radical idea. This is just one example – further work to establish effective, equitable, and value-for-money investment in e-bikes is needed.

So what is the Government doing to promote e-bikes?

Not much as yet- there is very limited policy in this area. Waka Kotahi (NZ Transport Agency) had a one off employer e-bike purchase support scheme. For some organisations this involved access to a subsidy. This is currently being rolled out and will be evaluated.

Funding to support the building of urban cycle networks will also help promote e-biking. However building cycling infrastructure remains extremely challenging for Councils, with limited gains in many cities. Comprehensive cycle networks are a necessary pre-condition for harnessing the potential of e-biking, however the policy framework to facilitate building of urban cycling infrastructure is not fit for purpose.

E-bikes are excluded from the only government-funded initiative designed to support innovation in the electric vehicle space. EECA run a Low Emission Vehicles Contestable Fund, which is designed to enhance “innovation and investment to accelerate the uptake of electric and other low emission vehicles”. However, with the exception of a recent funding round that allowed applications for projects that provide e-bike storage for commuters, it excludes two-wheeled electric vehicles.

There are a number of barriers to harnessing the potential of e-bike, many of which were canvassed in this excellent report. E-biking is likely to be supported by the same policies that support regular cycling including creating low-carbon transport infrastructure and reducing cost barriers. Policies to support access and use e-bikes in low-income communities also need to be developed. At the moment e-bikes remain an elite technology, this needs to change.

However in our view, the biggest barrier to harnessing the potential of e-bikes is the restricted view of policy makers (and the public) of what a transport system can and should look like. The centrality of cars in transport planning and policy in recent decades has created a barrier to the serious consideration of options that do not privilege the car. E-bikes are a (comparatively) cheap, healthy way of reducing carbon emissions and changing our cities to be more liveable places. It’s hard to think of another approach to reducing transport emissions that also has the ability to achieve as many policy goals across multiple sectors. Moreover, e-bike sales show there is an appetite for change; people are trying to transform the system. Overcoming the hurdle of being able to visualise (and implement) a transport system that is different (and better) is essential to creating comprehensive e-bike policy as well as moving to a low carbon transport system.

While research is still evolving, it’s clear that e-bikes need to be seen as an integral part of a low carbon transport system. Policy makers need to get on their bikes, literally.

Disclaimer: Caroline Shaw has an e-cargo bike. It has changed her life.

*Our calculations are based on the following assumptions:

This entry was posted in Uncategorized and tagged active transport, e-bikes, public transport, transport planning and policy by tedla55p. Bookmark the permalink.

3 thoughts on “E-bikes are the new cars- why don’t transport policy makers treat them seriously?”