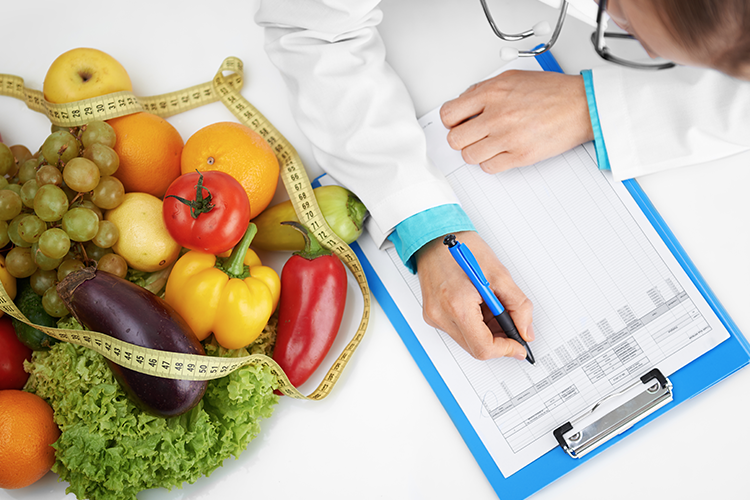 In NZ, dietary counselling is delivered by dietitians, practice nurses, doctors and various allied health workers (from community health workers to personal trainers in gyms). Such counselling often relates to weight management (to prevent or manage obesity-related diseases such as diabetes) but also to address risk factors for cardiovascular disease (CVD) ie, high blood pressure, high lipid levels etc (eg, some people might prefer dietary counselling to starting on CVD preventive medications). We know that in some health domains that counselling definitely helps (eg, the Quitline in NZ is a well-studied effective and cost-effective intervention [1]) – but what about dietary counselling?

What does the most recent evidence in major reviews show?

A systematic review by Patnode et al published in 2017 included 88 trials of diet and/or physical activity counselling [2]. In terms of “hard” outcomes (mortality and disease rates) the high-intensity diet-only interventions (4 trials): “reported no differences in all-cause or CVD -related mortality between intervention and control groups at 3 to 15 years of follow-up. Also, there were no consistent findings for the effects on CVD events over 8 to 15 years of follow-up.” “Results of 10 trials (mostly physical activity interventions) showed general improvements in quality of life over 6 to 12 months among intervention groups, but there was no consistent benefit of the intervention compared with control conditions.”

These findings are not encouraging, but not altogether unexpected due to lag-times from any dietary change to disease event and death rates, difficulties in both measuring diets and sustaining dietary change, and the small effect sizes that require large and well-conducted studies to detect. But more favourable findings came from the meta-analyses in this review of “intermediate” health-related outcomes. These included evidence of small, statistically significant improvements in: blood pressure, cholesterol levels (LDL and total), body mass index (BMI), waist circumference, and weight (see Table 1 in the Appendix below for more details). Various behavioural outcomes were also favourable (eg, increased intake of fruit and vegetables, lower sodium intake, and higher physical activity per week). But there was no clear evidence of an association with some lipid changes (HDL cholesterol, triglycerides), or fasting glucose level (except for the latter benefiting from high-intensity interventions).

A particularly valuable feature of this systematic review was its contextualisation with previous work – including 6 diet-related Cochrane Reviews, and the previous US Preventive Services Task Force (USPSTF) Review in 2010 [3]. There was fairly high compatibility between findings reported and this past work. Nevertheless, a Cochrane Review published in 2012 did report a reduction in cardiovascular events in trials involving dietary reductions in saturated fat and/or modifying dietary fat compared with usual diets among persons at high or low risk for CVD [4]. Also of note is that this Patnode et al Review included four NZ-based trials, but all of them were on physical activity interventions [5-8].

Another recent (2017) systematic review examined counselling by dietitians in primary care [9], although it did not generate pooled estimates in a meta-analysis. This work found that most trials had benefits in the health-favouring direction (18 out of 26 trials with CIs excluding the null) for dietary, anthropometric, or clinical indicators.

A meta-analysis of 5 trials published in 2017 [10] has also considered dietary advice to people with diabetes from nurses or doctors or individualised nutrition therapy provided by a dietitian. It reported that in the first year of intervention (at 6 or 12 months), nutrition therapy from a dietitian was superior in terms of significantly: lower mean difference in HbA1c (a key measure of blood glucose control), lower BMI, lower body weight, and more favourable impacts on cholesterol.

Another systematic review in 2017 [11] on lifestyle counselling came to similar conclusions as to the above reviews – ie, some benefits from diet/weight loss/physical activity counselling. But diversity of study designs precluded any meta-analysis. Similarly, another narrative review concluded that primary care physicians can be effective in delivering weight loss counseling, particularly if they are able to individualise the message for a given patient [12]. It reported that: “interventions most likely to produce clinically important weight loss are those that provide high-intensity counseling”. Also that: “physician time is costly and at least 1 trial has suggested that registered dietitians, when provided with the same tools, facilitate greater weight losses than physicians.”

The studies and reviews in Table 2 in the Appendix generally suggest that dietary counselling is cost-effective. Nevertheless, some interventions were not cost-effective (and were indeed very cost ineffective as per a US study of counselling in primary care for people with high BMIs [13]). Also this particular body of literature has been critiqued for its limited methodological quality [14]. Indeed, we are cautious about suggesting that dietary counselling is “generally cost-effective overall” since the literature may suffer from publication bias, and because some of the analyses are based on short-term trials and so don’t consider if the dietary changes are sustained in the long-term.

In NZ, our own modelling work suggests that dietary counselling for reducing dietary sodium (salt) intake is cost-effective. However, all the 31 other sodium reduction interventions modelled were better value-for-money (actually all were cost-saving over the long-run allowing for future reduced disease rates), see the BODE3 online interactive league table.

Nevertheless, some potential ways in which cost-effectiveness might be enhanced include group-based interventions (vs individualised ones; so long as effectiveness not compromised too much) [15] and also the use of new technologies (e.g., teledietetics) [16]. Other technologies (digital assistants on smartphones and on home-based devices) may also have a possible role in improving the effectiveness and cost-effectiveness of dietary counselling (eg, Wilson et al’s (2017) study on smartphone digital assistants and health advice [17]). We also suspect that further examination of the literature (regarding intensity, setting and who is delivering the counselling) may allow for further considerations around cost-effectiveness. Such research is part of our on-going work plan.

Ideally central government policy-makers should prioritise addressing the key drivers of the obesogenic environment, over dietary counselling. They could consider taxes on junk food and soft drinks (as per other countries [18]), limits on junk food marketing to children, banning sugary drinks in schools, upgraded food labelling regulations, and improving walking/cycling infrastructure (see this blog for the latter in the US). These interventions are likely to have greater and more lasting health impacts, and possibly might make dietary counselling become more effective (via making the advice easier to adhere to). More specifically for preventing CVD, our NZ modelling work suggests various regulatory interventions (eg, setting limits on sodium in processed foods) would achieve larger health gains and be cost-saving relative to dietary counselling [19-21].

Local government could also address the obesogenic environment by investing more in walking and cycling infrastructure, making parks more attractive to exercise in, and improving walkway quality [22]. Councils can also address the lack of drinking fountains in NZ’s playgrounds and parks [23, 24] – to provide alternatives to sugary drinks and support outdoor activities in hot summer months. Councils can also restrict sales of sugary drinks/junk food on council-owned properties such as gyms and community centres, and advocate for central government to act (eg, on the policies in the paragraph above).

We suspect that these environment modifying measures may also favour reductions in health inequalities – since they are not dependent on differential access to health services by different social groups. Indeed, this pro-equity impact has been described for tobacco control in NZ (eg, for increases in tobacco tax [25]).

Despite our judgement that a strong focus on the obesogenic environment is best, it is still important to consider a comprehensive approach which may include such options as individual counselling, group counselling, and various mixes of app-based/internet-based and telephone-based support (eg, as per the NZ Quitline). But we still need more research to determine which mix of these is optimal for maximising benefit in the most cost-effective way for the different socio-demographic groups in NZ.

The evidence from recent reviews suggests that dietary counselling is effective though the benefits are typically modest and may be limited in duration. The literature on cost-effectiveness is mixed and we are somewhat skeptical of its value given the typically short-term trials involved. Overall policy-makers should ideally prioritise addressing the obesogenic environment where gains are potentially larger and the interventions are probably better value-for-money.

Acknowledgements: Some of our work in the diet domain is support by grants from the Ministry of Business, Innovation and Employment (MBIE) (UOOX1406) and from the Health Research Council (16/443).

Table 1: Effect sizes for intermediate outcomes from all trials in the Patnode et al 2017 systematic review [2] (all trials – with the full Report also giving results by intensity level or by the different mixes of healthy diet and physical activity or just one of these)