This blog introduces league tables, and more specifically the NZ-specific BODE3 Interactive League Table, for comparing interventions on health gain, cost and cost-effectiveness – and potentially many other things.  A league table is a useful tool for researchers and policy-makers to get an informed ‘first impression’ of what are the best health interventions to give further consideration to investing in, or disinvesting in.

If life and policy was more rational, New Zealand society would do things in the health sector that had the maximum gain in health, and least cost – or which were even cost-saving.  But life is far more complicated than this.  There is a genuine need to balance government intervention with respect for individual autonomy and the benefits of market forces, but there are also problematic commercial vested interests, political ideologies, and path-dependencies. This all means that adopting more optimal policies (from a health perspective) is sometimes difficult. Hence the slow progress in achieving a tobacco-free society, despite this being a widely agreed goal.   Also for example, we may not roll out colorectal cancer screening quickly, simply because New Zealand does not have the colonoscopy workforce in place.  Or we may opt to implement individualised counselling interventions since the workforce is available, even if these interventions are considerably less cost-effective than preventive interventions than change the “obesogenic environment” (eg, via taxing sugary drinks).

Figure 1: Decision making in the health sector requires ‘weighing up’ the evidence, for example here on strategies to reduce obesity.  League tables are a tool to compare cost effectiveness analyses for many interventions, and help decision-making 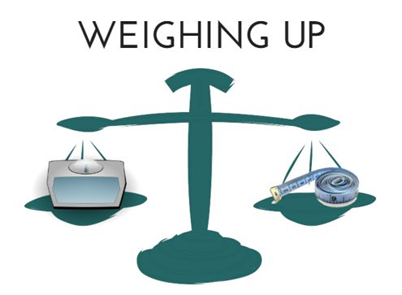 Today we are launching an interactive league table and series of blogs. This blog introduces the concept of a league table, with a brief example.  Future blogs will provide a bit more of a ‘how to’ guide to use the BODE3 Interactive League Table, tease out learnings so far, and point to areas we will be developing the league table in 2018.  (Feedback on what you would like to see, things you like and dislike, by commenting on these blogs is welcomed.)

League tables allow researchers, health professionals, policy-makers, politicians and the public to ‘see at a glance’ how health sector interventions vary (often hugely) in the health gain they can achieve, and the cost (cost savings some of the time). A league table may surprise you, even challenge your assumptions about what is ‘best to do’.  That is our goal.  We are aiming to provide New Zealand with information hitherto unavailable to allow for improved public discourse and decision-making, and to also help guide researchers into thinking about priority research areas.

The figure below is copied from our just launched BODE3 Interactive League Table.  It shows quality- adjusted life-years (QALYs) gained in the total New Zealand population for three interventions: colorectal cancer (CRC) screening; mandatory 25% salt reduction in bread, processed meats and sauces; impact through dietary salt reduction of dietary counselling at current intensity of provision in New Zealand.  Here one QALY is one year of additional life lived in full health, sometime into the future.  The QALY gains are spread out so for particular individuals they could be in one year or 50 years, and so on, after the intervention commenced in our 2011 base-year.

Figure 2: Quality-adjusted life-years gained (discounted 3% per annum; x- or horizontal-axis) for three interventions each compared to ‘do nothing’: twice-yearly faecal occult blood screening for colorectal cancer (CRC) among 50-74 years, for New Zealanders are 35+ years in 2011 (i.e. last screening in 2050 for people aged 74 then, and aged 35 in 2011) †; mandatory salt reduction of 25% in bread, processed meats and sauces, applied from 2011 onwards for the New Zealand population aged 35 years plus†; and dietary counselling at current intensity in New Zealand  to reduce sodium intake, applied every year over the remainder of the population aged 35+ years in 2011  lifespan, with intervention effectiveness (i.e. individual’s change in dietary salt intake) lasting 3 years, then decaying to nill effect within another three years. †

† The QALYs accrued for all three interventions are for those aged 35+ years in 2011, over the remainder of their lifespans. Of note, other evaluations by BODE3 and at the BODE3 league table have varying eligible populations, e.g. the tobacco interventions are (usually) the entire population alive in 2011 to allow for impacts on smoking uptake.

Two key findings stand out from this graph. First, there is massive variation in health gain between the two dietary salt interventions: 61,700 QALYs gained for a mandatory 25% salt reduction in breads, processed meats and sauces, compared to only 200 QALYs for the dietary counselling intervention.  It is interesting to reflect that policy-making attention is often directed to counselling interventions to change individual behaviour, rather than structural interventions like changing the formulation of processed food.  Second, CRC screening has large health gains at around 100,000 QALYs gained. It is certainly overdue that CRC screening is rolled out in New Zealand (though elsewhere we discuss that this intervention is unlikely to address inequalities reduction, an important health sector goal).

Of note, the mandatory salt reduction intervention incurs up-front investment in changing food manufacturing in 2011, with dietary benefits sustained into the future.  The dietary counselling intervention also incurs an up-front investment to support dietitians and other professionals, but the benefits are lost over time, as the food environment remains unchanged and the changes in behaviour decay or wear off.  Such is the nature of comparing interventions – you need to pay attention to both the specification of the intervention (in this case one with sustained benefits versus one with decaying benefits over time) and the comparator (both ‘do nothing’, so no comparability problems here).  However, even if there was no decay in the effectiveness of the counselling intervention for the individuals receiving it, it would not have achieved anywhere near the health gains of mandatory salt reduction in these processed foods. But the figure above still makes a valid comparison given the intervention specifications.

It is our contention that health researchers and advocates, let alone policy-makers and the general public, struggle to conceptualise the differing magnitude of health gain from different interventions.  We want to help address that. Hence developing our league table tool. We can provide information to better inform discussions about which interventions should be put on the table of policy-makers, and also which might be prioritised for further research efforts.

This is the first in a series of blogs that will examine QALY gains, and the health system costs, and the cost per QALY gained, of many interventions that have now been modelled in the BODE3 programme.  We will do this by walking step by step through our just launched BODE3 Interactive League Table in a blog next week.  In the coming weeks we will tease out differences between treatments and prevention, and differences between targeted and population-wide interventions.  We will also introduce concepts and outputs that will be featured in updates of the interactive league table, for example the ability to compare QALYs and costs per person eligible for an intervention – it makes a big difference if comparing an intervention that 100 people a year are eligible for compared to the entire New Zealand population!