The health organisation OraTaiao convened a group of experts to analyse the climate change policies of NZ political party policies. It gave the highest grade to the Green Party, then the Labour Party, and then The Opportunities Party (TOP). This blog takes a supplementary approach, looking at actual climate related actions taken in the last Parliamentary term (since late 2014). It suggests that relative to its power in the Parliament, the Green Party has done the best. The National Party has an overall poor performance grading – given the many opportunities it has had in Government.

Voters who are asking “What is best for NZ society and the planet in the long-term?” may wish to put weight on the climate change issue in their voting decisions. This is because climate change is a defining issue of this century, with both opportunities for advancing development and health [1] and also a range of possible disastrous outcomes [2] [3]. Political party policies provide some guidance for voters. On this matter OraTaiao has convened a group of experts to analyse the climate change policies of NZ political parties. It gave the highest grade to the Green Party, then the Labour Party, and then The Opportunities Party (TOP), with the National Party getting a notably low score for its policies. But recent behaviour may be an even more reliable guide to future behaviour than promises, and so this blog takes a look at NZ political party past actions related to climate change (i.e., not media statements or speeches in Parliament but actual actions). It considers just those parties with at least one MP in Parliament in the last electoral term and their actions since the start of the 51st NZ Parliament in October 2014. It focuses on central government level actions and not on activity at the local government or community levels. The data sources for this analysis conducted in August/September 2017 were: 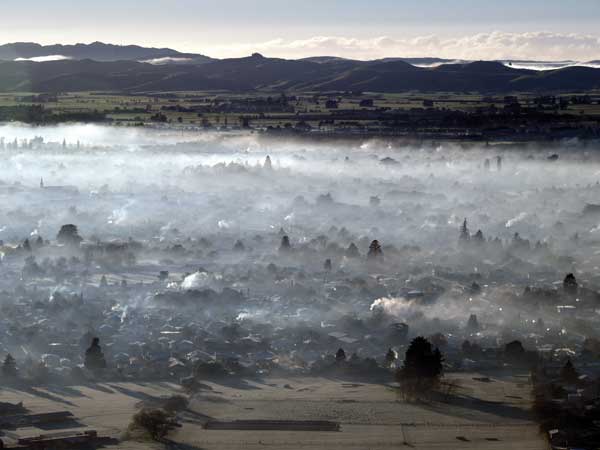 Findings from this review

The identified actions are shown in Table 1, and in relation to the resources available to it, we gave the highest grading to the Green Party. It shows (somewhat in contrast to Labour and NZ First) what an opposition party is able to achieve during a single electoral term. The most powerful political party in this last electoral term, and the party which led the Government, was the National Party – but its climate change actions were on the whole poor. In quite a number of areas it made progress, but some of these actions are highly qualified. For example, it did sign up to the Paris Agreement – but so did every other country except Syria and Nicaragua. It has funded housing insulation, but despite only a third of houses being insulated, it has also scaled back the level of funding and announced the end of the retrofit programme in the middle of 2018 (despite the health and economic case for this investment being very strong [5] [6]). Indeed, the net impact of National Party activity in government in this period was poor overall from a climate response perspective as they didn’t fix the most critical measure: ensuring an effective price on carbon that has meaningful impacts across the relevant sectors. That is, it has not adequately fixed the Emissions Trading Scheme (ETS) or replaced it with a carbon tax or other credible method to apply a cost to activities that promote climate change. The National Party also potentially slowed progress on emission reduction with its focus on such areas as road building, extending subsidies to the aluminium smelter (which is a relatively large electricity user), and subsidising oil and gas exploration. The latter problem persists from when this party’s climate change performance was reviewed in 2011 [7]. Indeed, a key aspect of National’s overall performance is that, despite its involvement in Government in the last nine years, carbon emissions have largely risen, when the opposite is required.

All the seven parties studied are to be congratulated for their participation in the cross-party process of preparing the Globe-NZ Net Zero Report [4]. But here again there was very uneven contribution – with the Green Party a clear leader in proportional terms (Table 2). It had a similar absolute level of participation to the National Party, despite the latter having over four times as many MPs in Parliament.

Limitations of this review

We recognise that there is a subjective element to our grading – but by itemising the various actions in Table 1, readers can come to their own conclusions (and they are welcome to add comments at the end of this blog). Moreover, in a Parliamentary system, executive action essentially falls to the Government ­– the parties in power – and the principal role for opposition parties is to critique the Government’s role. This certainly happened, but was not part of our grading system. For example, the Green Party and Labour issued many media releases (e.g. see here) criticising National’s actions or lack of action, and supporting independent calls for policy action – such as the Royal Society’s report on climate change.

The focus on actions in this review also did not adequately capture lost opportunities. For example, the three parties who were coalition partners providing “confidence and supply” in the last Government (Māori Party, United Future and ACT) can be considered as committing failures of omission. This is because none of them appeared to use their influence as a coalition partner to move the Government towards more positive climate action.

Despite these limitations, we consider that it is useful to document past behaviour as described here. With this and the parties’ proposed climate policies, voters will have additional information to inform their voting decisions.

Table 1: Description of actions related to climate change issues by the seven political parties with MPs in the NZ Parliament in the most recent electoral term (since October 2014, ordered by our grading from best to worst when considering Party size in Parliament)

Table 2: Political party participation in the “Net zero in New Zealand” report on achieving neutrality in domestic greenhouse gas emissions and in the Paris Climate Change Conference (ordered by percent participating for the report)