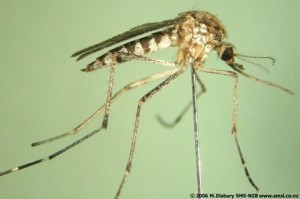 At the Public Health Congress in Auckland last week, one of us presented on potential public health endgames – partly to inform thinking around the tobacco endgame in New Zealand (the Smokefree Nation Goal for 2025). This blog post provides a brief historical perspective and international perspective on public health-related endgames. It also considers what additional endgames this country could be bolder about tackling.

Thus far, only two infectious diseases have been eradicated globally: smallpox (with the declaration in 1980) and the cattle disease “rinderpest” in 2011 (with this disease once threatening the livelihood and food security of millions of people in the Middle East, Africa and Asia). Such endgames can be highly valued as they can permanently eliminate health hazards and save costs (i.e., no more treatment costs or need for smallpox vaccination).

A few other diseases are on the cusp of global eradication. For polio it is just three countries to go (Nigeria, Afghanistan and Pakistan) – albeit with some recent difficulties, including vaccinators being killed in conflict zones. For Guinea worm disease there are just five countries to go, with 180 countries now certified free.

Other country level elimination successes include:

One of the most successful treaties ever has been the Montreal Protocol which resulted in the phase-out of the production of ozone layer-damaging chlorofluorocarbons (CFCs). Elimination of various toxic chemicals is also covered by the Stockholm Convention on Persistent Organic Pollutants (POPS). In terms of weapons there has also been the elimination of all stockpiles of landmines in 87 countries (the Ottawa Treaty), the probable end to all biological weapons programmes (the Biological Weapons Convention), and the 100% elimination of chemical weapon stockpiles in 4 out of 9 states so far (the Chemical Weapons Convention).

Past: Endgame successes in NZ

As of 2014, NZ has successfully eliminated three infectious diseases that were previously well established here: polio, hydatids, and brucellosis (see this article). It also spent over $70 million dollars eliminating the southern saltmarsh mosquito from sites around the coast (this insect is a vector for Ross River Fever). In terms of other public health-related hazards, NZ has also:

At present the NZ Government has signed up to national measles elimination as part of a regional initiative of the WHO. Due to increasing immunisation coverage progress is being made (i.e., there were only 8 notified cases in NZ in 2013). The other major endgame goal is for a “Smokefree Nation” by 2025. However, modelling work suggests that this goal will not be achieved in terms of business-as-usual tobacco control activities (van der Deen et al in press with the NZMJ), or from outlet reduction (see also this blog post), or from raising tobacco taxes. So novel interventions are probably required (e.g., phasing down the nicotine levels in tobacco).

So what could be added to this list? The infectious disease possibilities are:

But what about other public health-related endgames for NZ – beyond infectious diseases?

As of 2014, New Zealand has achieved various successful endgames, including: polio, hydatids, brucellosis, leaded petrol, DDT, pests on islands, exotic mosquitoes, and nuclear-armed ships. But currently it only has a very limited number of official endgame goals (e.g., eradicating measles and achieving a smokefree nation by 2025). Furthermore, from other endgame successes we have learnt that well-coordinated action/planning is required to achieve such endgame goals – and these seem to be lacking at present, especially with the smokefree nation by 2025 goal. A larger list of other plausible endgames could be considered (as outlined above) and these could benefit from focused research to assess the feasibility and cost-effectiveness of the elimination option. While it is good for NZ to make incremental improvements to health in a wide range of areas – it may still be good to be a bit bolder in striving for more single issue endgame successes.

4 thoughts on “Being Bolder – Public Health Endgames for NZ”