In this blog we discuss the arguments for and against one of the proposals included in the Smokefree 2025 Action Plan Discussion Document that the sale of smoked tobacco products could be restricted solely to community pharmacies after the number of retail outlets selling these products are greatly reduced, and sales are no longer allowed in dairies, convenience stores, petrol stations and supermarkets. 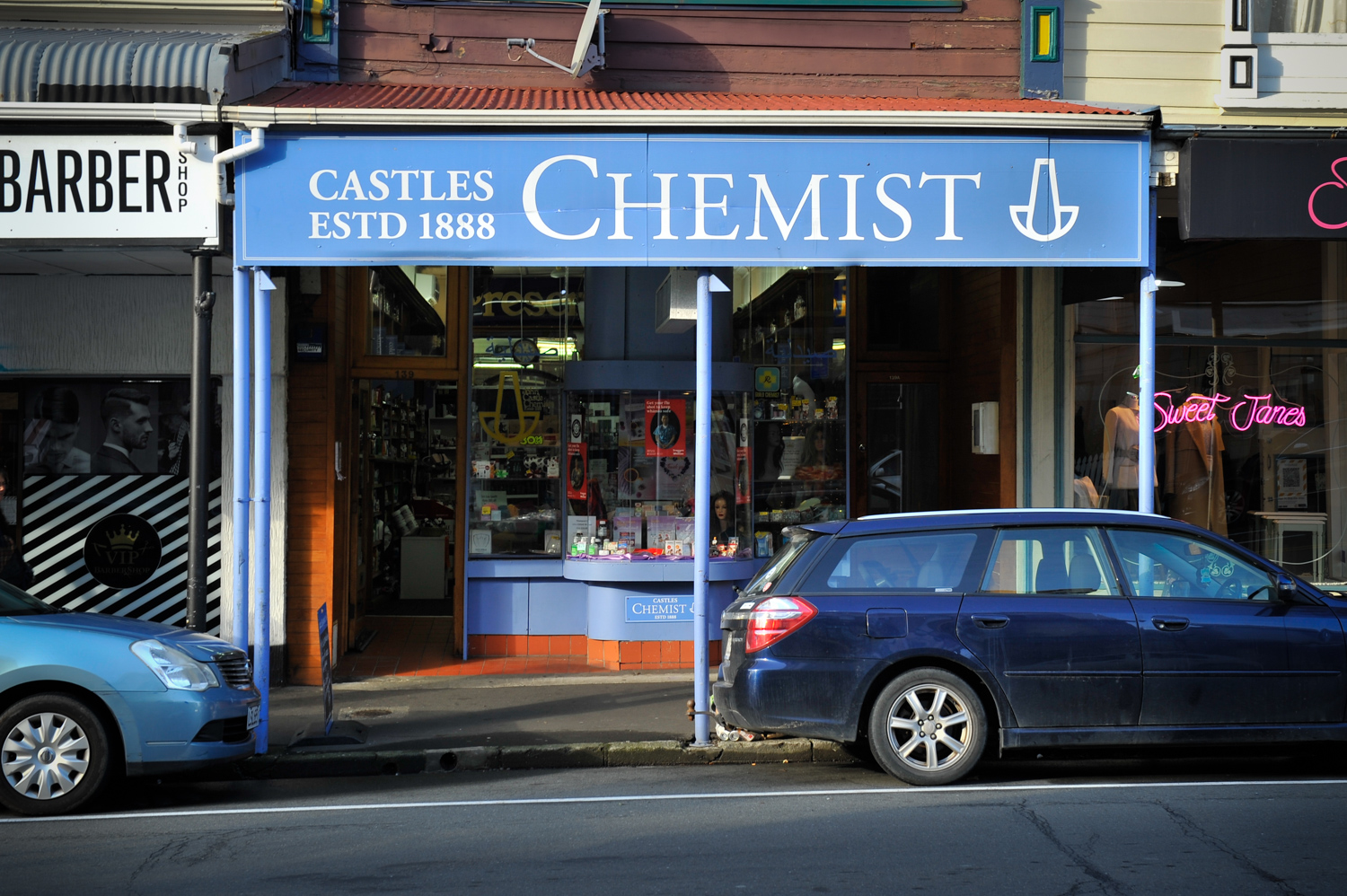 The health burden from tobacco smoking in Aotearoa New Zealand (NZ) is massive – with an estimated 4790 (95% uncertainty interval [UI]: 4510 to 5100) premature deaths in 2019 alone.1 The total health loss (including morbidity) in 2019 was 116,000 (95%UI: 108,000 to 125,000) disability-adjusted life years (DALYs).1 Smoking causes substantial health inequities and results in poorer health for Māori.2 3 Despite their enormous adverse impact on health and contribution to health disparities, tobacco products are currently available at around 6000 retail outlets, with these outlets being disproportionately concentrated in disadvantaged areas. Most (83%) secondary schools have at least one tobacco retail outlet within a kilometre, with a mean of over five per school.4 5

In April 2021, the NZ Government published an Action Plan Discussion Document setting out measures that could realise the Smokefree 2025 goal. Associate Minister Dr Ayesha Verrall sponsored the document, which sets out a comprehensive strategy to achieve rapid and equitable reductions in smoking. It includes a proposal to greatly reduce the retail availability of smoked tobacco products by markedly decreasing the number of stores able to sell these products (to around 5% of the current number – from around 6000 to 300) and restricting tobacco sales to specified store types. Sales in dairies, convenience stores, petrol stations and supermarkets would cease.

This proposal raises obvious questions about which type of outlet(s) will provide access to tobacco products after the number of outlets selling tobacco has been reduced. One potential option proposed in the Discussion Document is that tobacco products are made available through community pharmacies.

So what are the potential advantages and disadvantages of such an approach, and could it be justified as part of NZ’s strategy to achieve the Smokefree 2025 goal?

A key potential advantage of making tobacco products available solely or largely through pharmacies is that it may have a greater impact on reducing smoking prevalence than other retail reduction approaches. The main reason is that making tobacco products available through pharmacies will increase smoking cessation support to people who smoke. It may also maximise the reduction in tobacco accessibility achieved through restricting the number of tobacco retailers because pharmacies usually have reduced opening hours compared to other retailers.

Pharmacies and pharmacists have long supported smokefree goals through providing smoking cessation advice and support and access to effective cessation products. Pharmacy-supported quitting interventions been demonstrated to be effective,6-8 and pharmacies would be well-placed to provide support to people who smoke if these were the only settings where tobacco products could be obtained. A study of Wellington pharmacists found that almost all (97%) agreed that pharmacists and pharmacy staff have a role in supporting smoking cessation.9 In addition, locating tobacco products within a health care environment could trigger some people who smoke to make a quit attempt, supported with advice from pharmacy staff.

A modelling study estimated that restricting retail availability of tobacco products to pharmacies will substantially reduce smoking prevalence in NZ by reducing accessibility to tobacco products and through ensuring people who smoke receive annual brief cessation advice, with the latter having the greatest impact.10 The intervention was predicted to reduce smoking prevalence more among Māori than among non-Māori and hence could reduce disparities in smoking. However, the modelling may have under-estimated policy benefits as it did not take into account its potential to reduce prevalence through other means such as by acting as a trigger to quitting smoking, through decreasing exposure to tobacco products or by changing social norms.

Restricting tobacco availability to pharmacies could directly trigger quitting among some people who smoke, whilst minimising exposure to tobacco products by removing tobacco products from the most commonly visited retail locations could help quitters avoid cues that trigger impulse purchases and relapse to smoking.11 Youth would no longer be exposed to tobacco products when visiting dairies and convenience stores, which they do very frequently.12 This may help prevent smoking uptake.

Making pharmacies the only place where tobacco products are available could result in cigarettes and tobacco being less likely to be viewed as normal consumer products and smoking is less likely to be seen as a socially normative behaviour. This change in social norms could plausibly encourage people who smoke to quit, reduce smoking uptake among young people, and enhance support for other measures to achieve the Smokefree Aotearoa goal.

Evidence supporting the likely effectiveness of the policy comes from a survey of NZ smokers which found that restricting the availability of tobacco products to pharmacies was one of two retail policies rated by current smokers as most likely to prevent youth smoking initiation and help smokers to quit.13

Restricting availability of tobacco products to pharmacies may also enhance compliance and reduce requirements for monitoring and enforcement for smokefree policies proposed in the Discussion Document for the Smokefree Action Plan. For example, as responsible retailers with a strong health focus, pharmacies are unlikely to break the law and sell to minors. This would facilitate enforcement of increases in the minimum age of sale for tobacco products as envisaged in the smokefree generation proposal. Similarly, pharmacists would likely be highly motivated to comply with other proposed smokefree interventions, such as introducing a minimum price for tobacco products.

Restricting tobacco available to pharmacies will also minimise the financial impact of ending tobacco product sales in other store types due to loss of ‘footfall’ sales (purchases of other products such as milk and groceries whilst buying tobacco products). This is because of the limited overlap of product lines between pharmacies and existing tobacco retailers such as dairies, petrol stations and convenience stores. However, it is worth noting that concern about the impact of loss of revenue from tobacco-related footfall sales is probably exaggerated as research suggests these sales are much lower in value than retailers and the tobacco industry claim.14-16

The most obvious disadvantage to this policy is that it seems conceptually inappropriate to make highly addictive and extremely harmful tobacco products available through health care providers like pharmacies. As health professionals dedicated to enhancing health, dispensing tobacco may be anathema to pharmacists. The approach also seems particularly difficult to justify when some countries are introducing bans on sales pharmacies. In the United States for example, San Francisco, introduced a ban on pharmacy tobacco sales in 2008. Massachusetts and New York and others have since followed suit, and some chains, such as CVS Pharmacy, have voluntarily ended tobacco sales.

A University of Otago study found that 13/30 (43%) pharmacists in Wellington would be ‘somewhat’, ‘very’ or ‘extremely likely’ to agree to sell tobacco products as part of a strategy to achieve the Smokefree 2025 goal, with the other 17 pharmacists ‘not very likely’ or ‘not at all likely’ to agree.9 Participants were first given a brief explanation about NZ’s Smokefree 2025 goal, the likely need for bold measures to achieve it, and were told about an Icelandic proposal to introduce a similar policy. This is preliminary evidence from just one NZ city that currently under half of pharmacists would be willing to provide tobacco products even after the idea and its rationale had been explained.

While not all pharmacies would need to be involved in such a programme, the survey data suggest that this proposal would require a robust and inclusive consultation process, with a thorough explanation for its rationale, to have any chance of being acceptable to a majority of pharmacists. Two main justifications for the policy could be communicated. First, that it would be a short-term measure, required only until the smokefree goal is achieved. Second, there are data and arguments (see above) suggesting that it could facilitate more rapid reductions in smoking prevalence than other options, such as restricting sales to a selected few of the existing tobacco retailers or to specialist R18 stores.

Pharmacists may also have concerns about the risks of theft of tobacco products, so implementation would need to be accompanied by advice and appropriate support to enhance security. This risk should diminish as smoking prevalence (and hence demand for tobacco products) decreases, and once cigarettes and tobacco becoming less appealing after the nicotine has largely been removed – as envisaged in another key strategy in the action plan.

Another possible disadvantage is that restricting availability to pharmacies may disproportionately reduce access to tobacco products in some rural communities.5 The number of pharmacies in NZ has been in decline such that they are now primarily urban services.17 Hence, special arrangements may be required for communities with limited access to a pharmacy. This could include allowing access to tobacco products through licensed convenience stores or petrol stations in towns without pharmacies.

In summary, the proposal of restricting cigarette and tobacco sales to a limited number of community pharmacies could maximise the positive impact of the proposal in the Smokefree 2025 Action Plan Discussion Document to greatly reduce the retail availability of smoked tobacco products. However, there are some logistical and implementation issues that would ideally need to be explored and addressed. In addition, a comprehensive process of engagement with pharmacists and their professional organisations would likely be needed in order to explain the rationale and practicalities of the proposal, gather views and feedback, and assess its feasibility. Finally, if the policy is introduced, comprehensive monitoring and evaluation should be performed to assess whether it is effective and equitable, and identify if adjustments are required to address implementation issues or unanticipated adverse impacts.