The current national measles epidemic in New Zealand is amongst the largest we have experienced in the last 40 years. It can be linked to the problems created by long-term erosion and fragmentation of national public health capacity. Fortunately the present Health and Disability System Review provides an opportunity to describe and build the kind of public health capacity needed to manage measles, pandemics and other population health threats. We argue for consolidating a range of dispersed public health activities into a strong national agency, Public Health Aotearoa, to take responsibility for the multiple public health challenges faced by NZ.

The current measles epidemic affecting New Zealand (NZ) is the result of multiple systems failures over a decade or more. In this blog we argue that NZ has an opportunity to learn from this and other public health disasters and missed opportunities to build the robust national public health capacity this country needs and expects.  The present Health and Disability System Review provides an excellent opportunity to identify and build support for these necessary reforms [1].

The measles epidemic in NZ resulted in at least 2,180 notified cases in 2019 which is the largest annual number since measles became notifiable in 1996 (Figure 1).  The 765 hospitalisations in 2019 is the highest annual total for 40 years (Figure 1). This epidemic resulted from a large measles immunity gap in NZ and was widely predicted [2]. While NZ was awarded measles elimination status by the World Health Organization in October 2017, this status came with the warning that NZ needed to raise immunisation coverage to prevent future measles epidemics [3].  Research commissioned by the NZ Ministry of Health (MoH) showed that taking a preventive approach to measles offered major economic benefits compared with the resources needed to respond to outbreaks [4].  The MoH convened its own workshop in 2017 that reinforced the need to take action to raise immunisation coverage [5]. This failure to act on a public health priority results from the two processes of erosion and fragmentation that have critically weakened our national public health capacity. 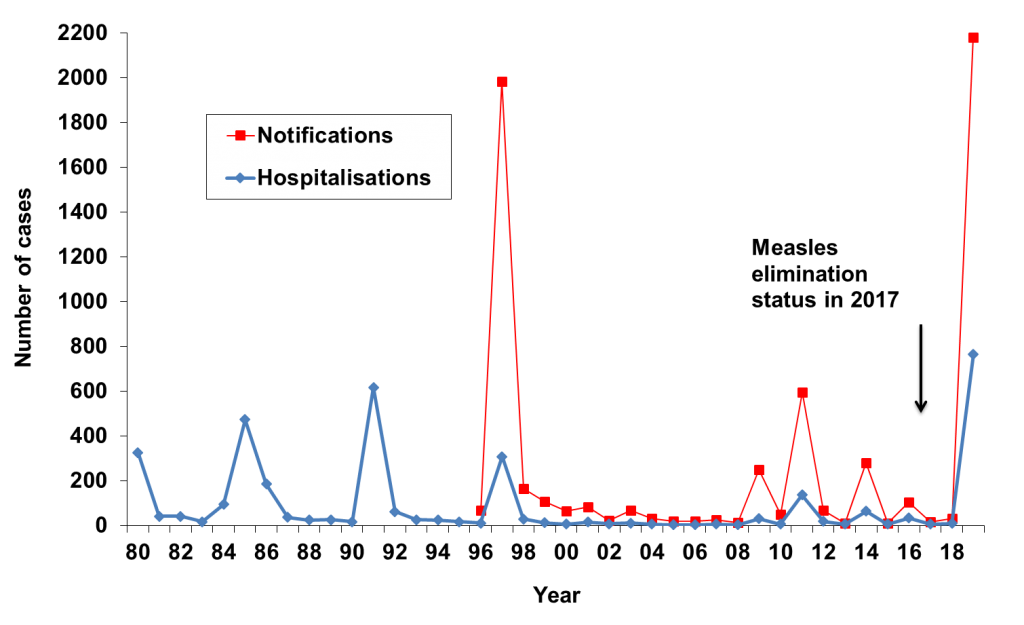 Figure 1. Incidence of measles hospitalisations (principal and additional diagnoses) and notifications, by year

The 1991 Green and White paper ushered in a radical neoliberal change in the organisation of health services in NZ [6].  Responsibilities for health care functions were increasingly divided up, with greater separation of functions and use of contestable contracting. The need for strong public health leadership was recognised by the establishment of the Public Health Commission. However, this institution was disestablished in 1995 after just three years operation [7]. Since then, public health capacity at the national level has followed a generally downward trajectory reaching a low point under the tenure of the previous Director-General of Health (2013-17) by which time there was not even an identified public health group in the MoH.

At the same time, public health capacity was increasingly fragmented across multiple agencies. This process is illustrated by measles where organisational changes saw responsibility for prevention and control of measles at the national level distributed between the following:

Some of this specialisation made sense and contributed to an increase in vaccination coverage after the commencement of the national immunisation register in 2005. Other splitting of functions seems illogical, such as separating out measles reference testing from the ESR national surveillance centre. This fragmentation of roles and a general decline in national public health capacity depleted the critical mass of expertise at the MoH where it was needed the most to provide system leadership. 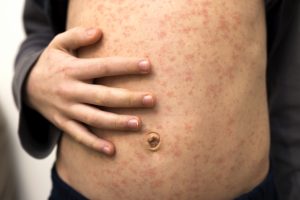 Why critical mass is so important for public health

Public health depends on a set of core functions, notably health assessment and surveillance; public health capacity development; health promotion; health protection; and preventive interventions [8]. These actions need to be carried out consistently, and sustained over time, to build infrastructure that can continue to improve the length and quality of people’s lives and the systems that are needed to protect us from current and emerging health threats.

Multiple systems are needed to protect us from measles epidemics include carefully thought out strategies, effective health promotion, public engagement and trust, well designed and maintained immunisations registers (or equivalent information systems), highly effective surveillance systems and laboratory testing, skilled personnel at all levels, and an ongoing commitment to their training and professional development.

A dedicated public health agency can help to ensure that medium to long term prevention goals remain a high priority and don’t become swamped by health service demands. Measles illustrates the public health maxim that prevention is better than cure. Raising vaccination coverage to the point where measles cannot spread is challenging, but much more effective at protecting children and more cost-effective than the alternative of responding to outbreaks when they occur [4].

The measles epidemic is just one of multiple missed opportunities to protect and promote health in NZ. Other examples include the large and costly Havelock North campylobacteriosis outbreak [9][10], and the failure of serial governments to prevent hundreds of thousands more cases of this illness from campylobacter-contaminated chicken [see this blog].

In addition, the loss of critical public health mass within our MoH makes it difficult for NZ to mount an effective response to large complex issues such as the health effects of climate change [10], the looming antimicrobial resistance crisis [11], and future pandemics [12]. A recent global assessment found NZ scored relatively poorly in terms of its capacity to manage pandemic threats (and far behind Australia) [see this recent blog]. This assessment is alarming given that pandemic risks may be increasing from both natural sources (eg, the currently emerging novel coronavirus) and from the rise of synthetic biology (engineering of new micro-organisms with biotechnology advances and declining costs).

The inadequate critical mass of public health expertise at the national level also means that wider public health issues, including the broader determinants of health, get insufficient attention. For example, the large burden of childhood disease from overcrowding and poor quality housing has had very little attention until recently [13, 14]. Even where the government has a clear health goal (Smokefree Aotearoa 2025), it is not on track to meet this goal and indeed it still lacks an official action plan on how to achieve it, nine years after the goal was adopted [15]. Lack of public health capacity is expensive. Limited systematic risk assessment contributed to allowing a serious over-estimation of the risk from methamphetamine contamination in homes [16]. The consequences were dire, resulting in unfair eviction of social housing tenants and unnecessary testing, decontaminating and reinstating affected properties estimated to have cost Housing New Zealand around $120 million.

We argue that a range of dispersed public health activities should be brought together into a strong national organisation. This new agency, Public Health Aotearoa, could encompass the full range of public health functions, including health promotion, health protection, disease prevention, and potentially health system effectiveness and quality assurance. Its formation would result in a net reduction in national agencies as it could incorporate multiple existing organisations, including the Health Promotion Agency, Health Quality and Safety Commission, and potentially the infectious disease and environmental health functions currently performed by ESR and the food safety functions performed by the Ministry of Primary Industries. It could possibly be a suitable base for the proposed new drinking water regulator.

It is time for transformative thinking in terms of how we organise and manage our productive activities, the distribution of wealth, and our relationship with our environment. Internationally, these profound shifts in thinking are taking place, as exemplified in the Sustainable Development Goals [17].  Some countries are now taking very active steps to orientate their public bodies in this way.  A notable example is The Well-being of Future Generations (Wales) Act 2015, passed by the Welsh Assembly to enshrine in law a duty on public bodies to safeguard the well-being of future generations [18]. Ideally, Public Health Aotearoa could take a leading role in helping to implement these kinds of shifts in policy and practice with a cross-government focus on wellbeing and sustainability.

There are many other important health system issues at the regional and local level that need attention, including the public health role of district health boards (DHBs), primary health organisations (PHOs), linkages with primary health care generally, and engagement with communities. Public Health Aotearoa could help to align and coordinate the public health work of these key organisations.

Business as usual is not a rational or viable option for NZ. There are almost daily reminders about the large current and impending public health challenges faced by this country. These challenges include the health consequence of persistent inequalities, the increasing burden from rising obesity and non-communicable diseases such as diabetes, and persisting problems of poor mental health and suicide. Possibly even more alarming are the rising environmental consequences of climate change and ecological collapse that take us beyond ‘planetary boundaries’, and emerging infectious diseases including rising levels of antimicrobial resistance and the emerging coronavirus pandemic. The current national measles epidemic is just another reminder that our national public health capacity and systems are no longer fit for purpose.

The good news is that the present Health and Disability System Review could map out the design for a new kind of public health agency to lead the transformative change that NZ needs to achieve its goals of improved public health and equity, and support its shift to a sustainable future.  Public Health Aotearoa could well provide the high quality sustained public health leadership needed to eliminate measles, improve our health security, and manage other long-term public health challenges.

This entry was posted in Uncategorized and tagged immunisation, measles, measles epidemic, vaccination by tedla55p. Bookmark the permalink.

One thought on “A preventable measles epidemic: Lessons for reforming public health in NZ”