The 1918 influenza pandemic began to kill New Zealanders 100 years ago today. Ultimately it killed 9000 NZ citizens and so is by far the largest natural disaster to hit this country. In this blog we reflect on this event and draw links with the present day pandemic risks (including from synthetic bioweapons). We highlight the importance of continuing to invest in public health infrastructure and pandemic preparedness and planning.

The start of this pandemic was the beginning of the worst single natural disaster to kill New Zealanders in recorded history. Around 9000 NZ citizens died – as per the updated estimate in the recent book by historian Prof Geoffrey Rice [1]. In comparison, an estimated 258 people died in the Hawkes Bay earthquake of 1931 (the next biggest natural hazard event since 1900 for NZ [2]).

In previous historical/epidemiological work we have defined the likely pandemic period (for the particularly serious “second wave”) for the NZ population as starting on 27 August 1918 in the Northern Hemisphere [3]. This timing would mean that the first New Zealander likely to have died from pandemic influenza was Robert Gordon Torrance, a 25-year-old soldier located in France. He officially “died of pneumonia” on 28 August 1918 according to his record in the Cenotaph database (see photo below and details in his military files in the Archway database). It is likely that his death was influenza-related as in the pandemic period a large majority of the deaths from sickness in the NZ military were due to this new pandemic virus. Nevertheless, we can’t be absolutely sure that it was the pandemic virus for this particular soldier as occasional deaths from other causes of pneumonia did kill NZ soldiers in this era eg, see this study for deaths in the preceding year [4]. 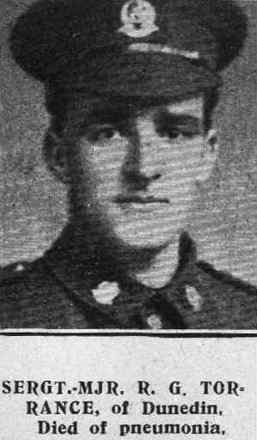 Shortly after signs of the pandemic were appearing in Western Europe, there was the outbreak of it on the NZ troopship Tahiti (after calling into port in Sierra Leone on its way to the UK) [5]. In this outbreak, the first death was on 1 September 1918, with another 76 deaths in subsequent days and weeks. Crowded cabin accommodation seemed to be one of the risk factors for death in this historical study we published [5] (and see also this diary of an on-board soldier [6]). For military personnel in general, having a pre-existing chronic disease was found to be one of several risk factors for dying in the pandemic [7].

There was a disproportionately high death rate for Māori ([3, 8-10]) – probably largely reflecting higher rates of poverty, household crowding and prevalent diseases such as tuberculosis. Also New Zealanders in their late 20s had high disease rates, possibly related to immunological impacts from infection in a preceding 1889-92 influenza pandemic [11]. The pandemic’s impact on crowded military training camps was also relatively severe [3] [12]. Doctors and nurses also died in the pandemic – including NZ’s first registered woman doctor, Dr Margaret Cruickshank (see photo below and this blog).

Good organisation of nursing care and basic support in cities such as Christchurch may have lowered the mortality rate (eg, in comparison to Wellington) [1]. But in general there were few successful control measures (eg, a rare one conducted in the Coromandel [13]). In a comparison study done with another island country (Iceland), we noted successful use of travel restrictions in the Icelandic setting [14]. Rurality was somewhat protective against dying in the pandemic for the civilian population [15], probably reflecting a lower risk of becoming infected in the first place.

Is there a risk of future influenza pandemics?

Absolutely – since there are typically several influenza pandemics per century, although none are known to have been as severe as the 1918/19 one. While mixing of livestock in “wet markets” (a known risk factor for the production of new influenza strains) may have reduced in some parts of the world [16], there are still many places where pigs and poultry cohabit. This can result in pigs being a “mixing vessel” for generating new influenza strains that can go on to infect humans. There is also some evidence of increased emergence of new avian influenza strains in recent years [17], and of course there is the increased risk of rapid dissemination of new pandemic strains with the continuing growth of international jet travel.

Pandemics can also arise from other diseases, as we saw when SARS emerged, and the risk of agents associated with bioterrorism exists (with some potential for spread to NZ [18]). There is even a risk that genetically engineered microbes will escape from laboratories (including those conducting research into bioweapon defence).

What should be done by the NZ Government and by individuals?

The NZ Government needs to reduce vulnerabilities to future pandemics by: 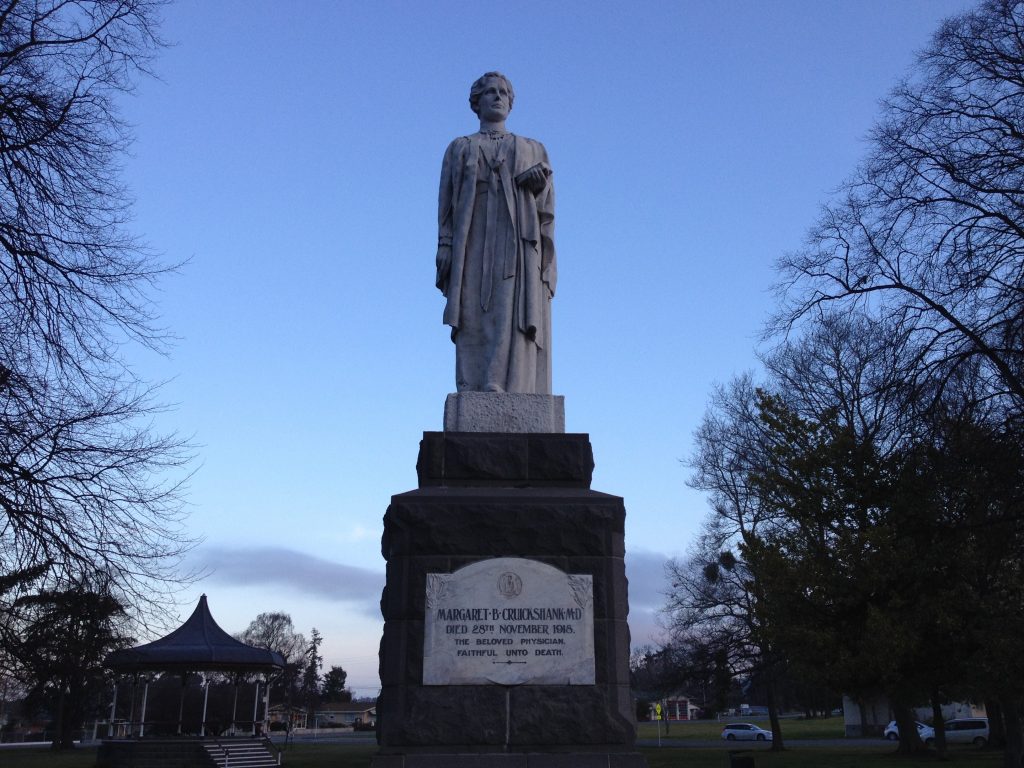 More specifically, the Ministry of Health needs to continue to regularly revise and upgrade NZ’s pandemic planning documents. These documents need to reflect evidence from the new studies that are regularly published on pandemic impact and control, including from the most recent 2009 pandemic (for a review of this pandemic in NZ see here: [23]). NZ also needs to consider research on such issues as:

Individuals could consider the following:

In summary, the 100th anniversary of the 1918 influenza pandemic is a valuable reminder that the threat of such pandemics still exists. Fortunately, there is a range of measures that can be taken by the government and by individuals to reduce and manage the risks.