There is a lot of focus on sugar-sweetened beverages (SSBs) internationally, due to their role in tooth decay, obesity and diabetes [1-3], their lack of beneficial nutrients, and potential acceptability as an intervention target [4]. Our just published study has shown that an intervention to reduce the size of all single serve SSBs would probably be cost-effective in NZ [5]. In this Blog we elaborate on the issues and consider this intervention in the context of other interventions for addressing NZ’s obesogenic environment. 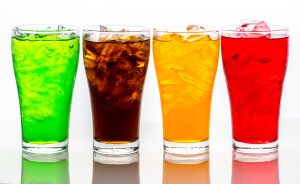 In our just published study we modelled the effect of limiting the serving size to 250 mls (one cup) for all instances of single serve (<600 mls) SSBs in the NZ Adult National Nutrition Survey intake data (2008/09). The purpose of this modelling was to estimate what would happen if a serving size cap was imposed on all single serve SSBs for sale in NZ to 250mls. This intervention has similarities to a restriction imposed by law in France (although this was just for unlimited soft drink refills in some types of retail outlets). We used an established multi-state life-table model where the change in dietary energy intake from reduced SSB intake resulted in a change in body mass index (BMI). Also modelled was a direct effect of reduced SSB intake on the risk of diabetes. Through these two mechanisms we predicted the resulting health gains in quality-adjusted life-years (QALYs) and health system costs over the remaining life course of the NZ population alive in 2011 (N=4.4 million, 3% discounting). 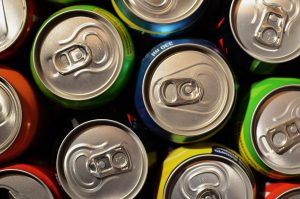 We found in our ‘base case’ model (no compensation for reduced energy intake elsewhere in the diet) an average per person reduction in SSB intake of 23mLs per day, resulting in an average reduction in energy intake of 11 kcal per day. This produced a predicted average per person 0.22 kg weight loss modelled over two years. This might seem small at the per person level, but at the NZ population level it was estimated to generate a total health gain of 82,100 QALYs (95% uncertainty interval [UI]: 65,100 to 101,000) and cost-savings to the NZ health system of NZ$1.65 billion [b] (95% UI: 1.19 b to 2.24 b) over the lifespan of the cohort.

We estimated these effects using a number of different definitions of SSBs, with the broadest definition (sugar-sweetened carbonated soft drinks, fruit drinks, carbonated energy drinks, sports drinks, fruit juices and sweetened milks) producing twice the health gain (in QALYs) of the most narrow definition (sugar-sweetened carbonated soft drinks and energy drinks). This has implications for not only the portion size reduction intervention we modelled but any other intervention aiming to reduce SSB intake (such as a SSB tax being widely adopted internationally). If policy-makers include fruit drinks, sports drinks and even sugar-sweetened fruit juices and flavoured milks in such interventions, then NZ society would see a further decrease in the population sugar intake, with associated greater health gains.

One of the most important issues to consider when assessing the effectiveness of such a portion size intervention is how consumers will respond. If it is only possible to buy 250mL cans or 1L bottles of soft drink at a retail outlet, what proportion of people will buy just a 250mL can and what proportion will buy a 1L bottle (not reduced in size because not considered a single serve) or multiple cans instead?

Or, if people just buy one 250mL container instead of their usual 600ml bottle, are they more likely to increase their energy intake from other foods or beverages across the day? This compensatory behaviour can have a large impact on the effectiveness of such an intervention and with these theoretical interventions it is very difficult to know just how much effect they will have.

Nevertheless, the available evidence suggests that an increased intake of SSBs results in no significant compensation of energy intake by consuming less food during the day [6-8]. Therefore, in reverse it seems plausible to assume that an intervention that reduces SSB intake would result in no energy compensation. However, in order to deal with this uncertainty we modelled a range of energy compensation behaviours and showed that even if consumers completely compensate their reduced energy intake by eating more food, the intervention would still be cost-effective due to the direct harm of SSB consumption on the increased risk of diabetes.  However, QALY gains would be only about 20% of the full intervention effect.

In order to understand these compensatory energy intake behaviours research funders could support gathering more real-world evidence. School settings and fast food outlets would be ideal locations to trial and evaluate such an intervention. Nevertheless, based on what we know so far, a cap on single serve SSBs could be an effective part of a suite of obesity prevention and sugar reduction interventions. Health gains are likely to be even greater than these modelled results for adults, as a SSB cap would be likely to have a positive effect on children’s dental health, rates of obesity and adolescent diabetes. Having a wide definition for SSBs, including sweetened fruit juice and sweetened milks, will probably also maximize this health gain.

Ultimately however, policy-makers will probably need to address a wide range of factors in NZ’s obesogenic environment (eg, SSB and junk food taxes, regulations on junk food marketing, and improved nutrition labelling). Indeed, 46 different interventions for preventing and managing overweight and obesity are detailed in this online interactive league table that covers QALY gains, health costs and cost-effectiveness: https://league-table.shinyapps.io/bode3/ (particularly for Australia, but with a growing number of NZ studies of NZ interventions).

Acknowledgements: This work was funded by three Health Research Council of New Zealand programme grants (Project numbers 13/724 and 10/248 and 16/443). The funder had no role in the study design, analysis or interpretation of data, in the writing of the report, or in the decision to submit the article for publication.

This entry was posted in Uncategorized and tagged diet, obesity, soft drinks, SSBs, sugar-sweetened beverages by tedla55p. Bookmark the permalink.