Physical activity is good for health. Higher levels of physical activity are associated with reduced rates of breast and colon cancer, better mental health, lower obesity rates, lower heart disease, stroke (the list goes on). This blog looks at a new study we just published that found that New Zealanders who walk or cycle to their main activity each day have a 76% higher chance of achieving the Ministry of Health physical activity guidelines than those who drive cars. 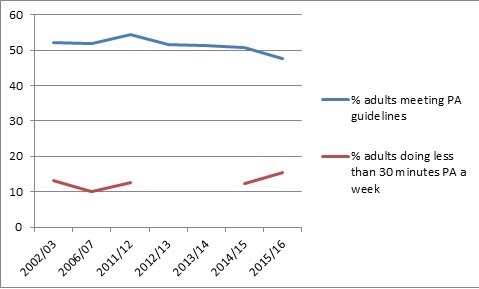 The promotion of active travel (walking and cycling) and public transport (which is usually accompanied by walking trips at each end) is thought to be one of the most effective ways to create enduring increases in physical activity levels in the population.1 Interventions to increase active travel and public transport may also have other positive impacts such as improved air quality, decreased traffic congestion and carbon emissions, decreased crime and increased social connectedness.1 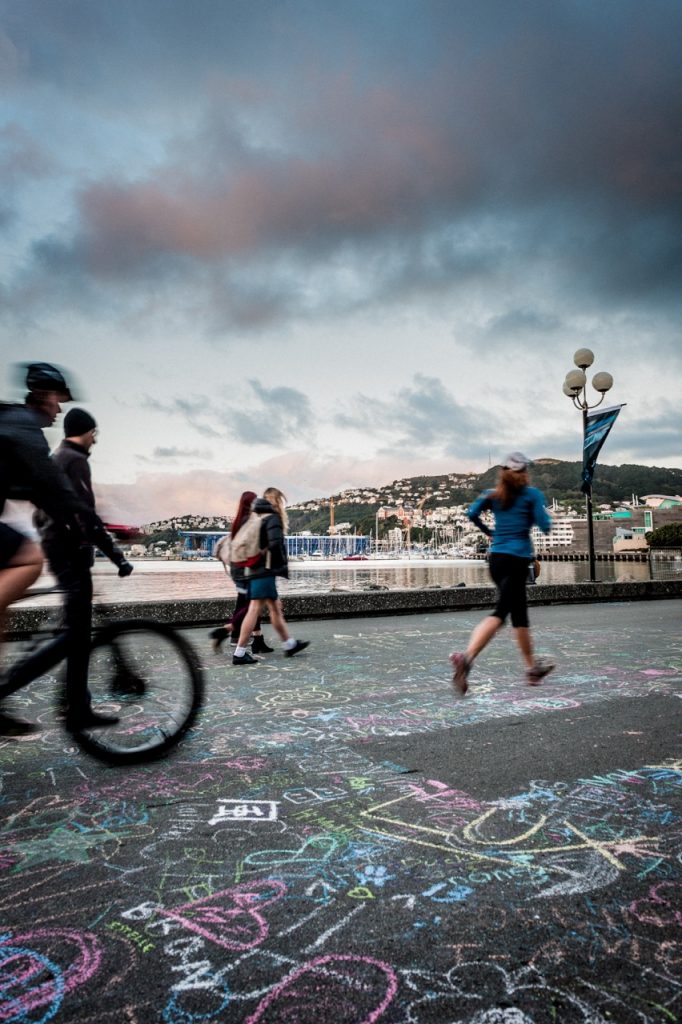 Our newly published study, in the Journal of Transport and Health, looked at whether New Zealanders who walk, cycle or take public transport to their main activity (work, university etc) each day are more likely to meet the NZ physical activity guidelines than those who take the car. It found that New Zealanders who walk or cycle to their main activity each day have a 76% higher chance (odds) of achieving the Ministry of Health physical activity guidelines than those who drive cars.  When we looked at this association for people who are in work or not in work, it holds for both groups.

This study also looked at who walks, cycles and takes public transport in New Zealand; showing that people who use these modes of transport are more likely to be younger, with lower incomes and are predominately men. This may be problematic for policy development; we know that some of the opposition to new infrastructure for commuter cycling, for example, represents a clash in perceived values between those who cycle and those who do not. Having a more representative group of society using these modes of transport may be useful to alleviate some of the culture wars.

In summary, our new study contributes to the growing body of evidence showing that active transport is an effective way of increasing physical activity for New Zealanders and therefore lowering many disease risks. The important questions to focus on now are what are the best policies and incentives to increase active transport levels and how to ensure that people who are currently insufficiently active for health have easy options to take up active transport if they wish.

This entry was posted in Uncategorized and tagged active transport, physical activity, public transport by dayhi34p. Bookmark the permalink.

One thought on “Walking and cycling for transport is good for physical activity levels in Kiwis!”