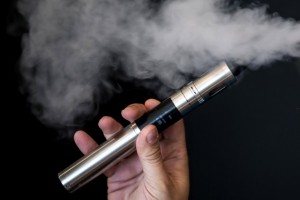 This blog considers recent studies in which the biomarker levels in e-cigarette users (vapers) are compared to those from tobacco smokers. The results are highly variable but all suggest lower levels of risk to vapers relative to tobacco smokers. Yet as the situation with vaping is very dynamic (new products, changing ways people vape) and there is no evidence yet about long-term effects of e-cigarette use on health outcomes, a lot more future research will be needed to get a reasonable understanding of the relative harms.

Why focus on biomarker studies?

Estimating the potential harm to health from using e-cigarettes is very complex given the ongoing changes and large diversity of e-cigarette products in the international market. How vapers actually use these products is also a likely determinant of what toxicants they inhale. For example, there is evidence that vapers take longer inhalations than do smokers (eg, 1-4). Further, many models of vaporisers have adjustable features such as variable voltage/wattage and air flow. Users may also customise the coil resistance, nicotine strength and flavourings of the liquid used to fill the device. These issues may suggest that past estimates of harm based on e-cigarette aerosol may not reflect the range of exposures users experience at the current point in time (mid-2016). Also past estimates (as per previous reports by Public Health England (5) and the Royal College of Physicians in the UK (6)), largely relied on expert opinion and where evidence was considered it largely focused on studies of vaping aerosol and e-liquid composition with relatively few biomarker studies.

So our review of the literature focused on only very recent studies (since 1 January 2015) and just on biomarker studies (a more detailed Technical Report available on request: [nick.wilson@otago.ac.nz]). We assumed that biomarker studies, which measure excreted metabolites (such as in exhaled breath or urine), were more likely to capture the impacts from what vapers actually inhale than studies of just e-cigarette liquids (which may be transformed into other substances when heated), or e-cigarette aerosol (which may not be generated under realistic operating conditions). We included studies regardless of the type of generation of e-cigarette product use (noting the very diverse range of products that go under the term “e-cigarette”).

What this literature suggests

The studies we found suggest a very diverse range of results as shown in Table 1, but all suggest lower levels of risk for vapers compared to tobacco smokers. In particular, the risk associated with carbon monoxide seems likely to be close to 0% or a few percent at most. However, preliminary evidence (ie, one study by Carnevale et al (7)) suggests that the effect of vaping on four other inflammatory markers of likely relevance to cardiovascular disease (CVD) and respiratory disease may be at least half that of tobacco smoking. The results for cancer-related toxicants were variable, from 0% to 23% of the levels observed for tobacco smokers, with most studies reporting between 14% and 23% – a substantial level of exposure. But it is plausible that some of these toxicants could be due to unreported dual use with smoked tobacco (and even exposure to secondhand smoke).

Table 1: Results of identified biomarker studies where vaping is compared to tobacco smoking (ordered within disease categories by relative level and for studies reported since 1 January 2015, for extra details see the technical report)

* When considering chronic obstructive pulmonary disease (COPD), both acrolein and CO have been described as markers for oxidative damage (amongst a range of other molecules) (19). The US Surgeon General also states the likely role of acrolein in CVD risk (20).

NNN and NNAL are tobacco-specific nitrosamines which are relevant for considering cancer risk.

Comments on these STUDIES

Given the evolving nature of e-cigarettes and how vapers use these products (eg, daily amount of aerosol inhaled, length of inhalation, temperature of heating coil etc), a focus on the most recent biomarker studies probably gives the most reliable current estimates of potential chronic disease harm to human health. Nevertheless, the human biomarker studies to date are still relatively few in number and in numbers of subjects included, and it is difficult to interpret the results in terms of long-term disease risk. The study showing raised levels of oxidative stress is a preliminary study that requires replication and confirmation. It is also difficult to interpret the potential biases in work funded by tobacco/e-cigarette manufacturers – as discussed elsewhere (21).

Further work to improve such estimates could be obtained from considering other types of biomarkers eg, those considering the expression of inflammatory response genes in vapers (8). There are also laboratory studies of relevance which suggest that e-cigarette aerosol may have constituents that could be harmful to human tissues in terms of triggering inflammatory responses (22), causing cytotoxicity (23), and inducing oxidative stress (24). However, the validity of these studies are also reliant on the aerosol extracts being representative of what vapers are exposed to and translation into disease risk may not be straightforward.

A review of the animal biomarker studies done to date may also be helpful (we note at least 21 such mouse studies and 17 rat studies in PubMed as per 10 June 2016). However, the relevance of animal models to human health risk is not always clear and it is often difficult to translate these animal model results into a quantitative estimate of human health risk. Similarly, the animals used in these experiments may not be exposed to aerosol levels that accurately reflect human exposure levels under naturalistic operating conditions.

Ultimately there is a need for well-designed cohort studies that follow vapers through to actual CVD and other disease incidence and death. There would need to be careful attention to both exposure assessment (repeatedly) and confounder assessment (smoking proper, socioeconomic position, BMI, etc).

We are considering using these tabulated results to inform modelling work that attempts to quantitatively weigh the potential harms and potential benefits of vaping. But what might smokers and vapers take from these results? It seems likely that if smokers shift entirely to vaping their risk of chronic disease would be expected to decline. But if they stay vaping long-term – then they may still be exposed to some notable level of toxicants that are hazardous in terms of cancer, cardiovascular disease and possibly long-term respiratory disease. The safest option for smokers using vaping to reduce their health risk would be to limit the duration of dual use with cigarette smoking (ie, switching completely to vaping as soon as possible) and to also limit the total duration of vaping with a goal of reaching abstinence from both smoking and vaping, wherever possible without relapsing to smoking, which represents the greater risk to health.

This entry was posted in Uncategorized and tagged e-cigarettes, tobacco, vapers, vaping by Kate Sloane. Bookmark the permalink.

7 thoughts on “What does recent biomarker literature say about the likely harm from e-cigarettes?”