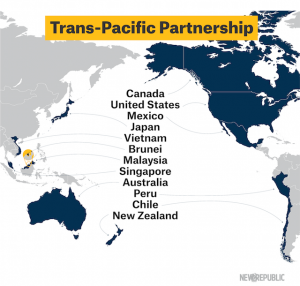 (TPP) Treaty means for public health. Despite the partial exemption of investor-state dispute settlement (ISDS), the TPP agreement as a whole applies to tobacco, and breaches of the TPP might, in principle, be alleged in relation to tobacco. The TPP provides mechanisms to pursue complaints for breaches of its obligations in addition to ISDS. These other mechanisms remain unaffected by the partial, and optional, exclusion of ISDS. While the partial investor-state dispute settlement exclusion is a small step in the right direction, the fundamental inconsistencies between agreements such as the TPP and public health in general are left untouched.

The Trans Pacific Partnership (TPP) Treaty allows states to rule out investor-state dispute settlement (ISDS) procedures from claims by investor companies who challenge governmental measures aimed at tobacco control (TPP Article 29.5). This has been described as a ‘tobacco carve-out’, and a ‘win’ for tobacco and global health [1]. The effort that was necessary to achieve the partial ISDS exclusion was considerable, but to report the result as a ‘win’ is a major overstatement.

The TTP as a whole does not constitute a tobacco carve-out. There are a number of issues. First, under the TPP, tobacco is subject, apart from the partial ISDS exclusion, to the same principles and obligations that apply to all other products and services. Secondly, the provision that allows the exclusion of ISDS is optional rather than a blanket exemption. Third, the TPP allows disputes about tobacco control measures to be pursued by means other than ISDS – that is, by states (“Parties” in TPP language) initiating complaints rather than investors.

The devil in the detail

The TPP must be read as a whole to understand its obligations and their implications for any specific product. Its complex provisions include a range of:

Some examples of obligations that states have under the TPP which relate to tobacco as well as other goods, and which can conflict with tobacco control measures, include:

These traditional trade obligations pose difficulties from the point of view of tobacco control and public health.

First, the obligation to allow industry stakeholders a place at the table when control measures are being developed is highly retrograde. This provision is inconsistent with Article 5.3 of the Framework Convention on Tobacco Control (the World Health Organization treaty, of which NZ is a signatory). This requires the removal of such tobacco industry influence on the policymaking of states [2].

Second, some rules with public health objectives may be regarded as ‘discriminatory’ in trade terms. A measure allowing a tobacco monopoly (which inherently discriminates against rival tobacco interests) may have public health benefits in preventing the marketing efforts of new industry players. In other cases a measure that is not intended to ‘discriminate’ between trading partners may make distinctions for public health purposes. The USA’s attempt to exclude clove cigarettes from the US market (a move considered to have public health benefits) was successfully challenged by Indonesia on the grounds of it being a discriminatory measure [3].

Third, ‘expropriation’ is a significant potential basis for investor complaint. The extent to which expropriation provisions in the TPP could potentially apply to tobacco is not clear, give that public good concerns are recognised in limitations to the concept of ‘expropriation’. A measure is not a form of indirect expropriation if criteria in the Treaty’s Annex 9.B are met. This says: “non-discriminatory regulatory actions by a Party that are designed and applied to protect legitimate public welfare objectives, such as public health, safety and the environment, do not constitute indirect expropriations, except in rare circumstances.”

The precise meaning of this provision may prove contestable. Tobacco control advocates may see tobacco control measures as self-evidently fulfilling a ‘legitimate public welfare’ objective. However, the tobacco industry may disagree and mount a challenge, as they have done for previous measures such as large pack warnings and plain packs. Will there be consensus, for example, that working towards a ‘smokefree generation’, involving reducing smoking prevalence to minimal levels, is a ‘legitimate public welfare objective’?

The substantive obligations of the TPP apply to tobacco

The TPP ‘carve-out’ does not therefore apply to its substantive obligations. These obligations include the investment-related obligations set out in Section A of Chapter 9 (that is, ‘national treatment’, ‘fair and equitable treatment’, and ‘expropriation’). Article 29.5 – the provision that allows exemption of ISDS – relates to Section B of Chapter 9, not Section A. The TPP does not include any general exclusion of complaint mechanisms about alleged breaches of TPP obligations: the dispute resolution options set out in chapter 28 remain available for tobacco control measures. This is confirmed by footnote 13 to Article 29.5: ‘for greater certainty, this Article does not prejudice… a party’s rights under Chapter 28’. Chapter 28 allows one state to pursue a dispute with another. In practice complaints taken by governments are often driven by multinational companies [4, 5].

The grounds for accessing the dispute settlement provisions in Chapter 28 are set out in Article 28.3. Apart from when ‘as other provided’, the provisions apply wherever a state considers an actual or proposed measure of another state is or would be inconsistent with the obligations of the TPP, or where it considers that another state has failed to carry out its obligations under the TPP (Article 28(1)(b)). Somewhat more specific provisions relating to reasonable expectation of benefit are stated in Article 28(1)(c) for some chapters.

The outcome for tobacco control

The outcome of the TPP for tobacco control is that governments will continue to be vulnerable to pressure from the tobacco industry over tobacco control measures. No matter how ill-founded industry legal arguments may be, they may result in a perceived need for caution, may lead to expensive disputes, and lead to delay or permanent postponement for such measures.

At best, the partial ISDS exclusion is a step towards recognising that more extreme forms of investor protection conflict with public health. But the fundamental inconsistencies between agreements such as the TPP and public health are left untouched. The implications of the TTP as a whole may, arguably, strengthen the position of non-health interests in New Zealand. This may make it more difficult to progress future measures for both tobacco control and public health in general.

Acknowledgement: We are very grateful for the advice of Prof Richard Edwards, but he of course is not responsible for the information and opinions in this work, which are the authors.

One thought on “The Trans Pacific Partnership Treaty and tobacco: no cause to celebrate”