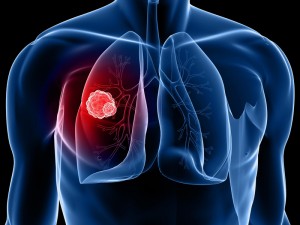 There is now strong evidence that screening for lung cancer with low-dose computed tomography (LDCT) scans is effective at reducing lung cancer mortality. So why aren’t countries rushing to introduce a screening programme? Because there is still doubt about its cost-effectiveness. In this blog, we discuss the uncertainties and suggest a way forward for New Zealand.

Lung cancer isn’t the most common cancer in New Zealand – it doesn’t make it into the “top three” cancers in men or women. But it is the most deadly cancer, accounting for almost 20% of all cancer deaths in New Zealand. Lung cancer carries such a high mortality because it is often picked up at a late stage, when the disease is advanced, has spread to other parts of the body, and is that much harder to treat. Consequently, there is a lot of interest in detecting lung cancer at its earlier stages.

Screening for lung cancer with three annual LDCT scans has been shown to reduce mortality from lung cancer (by ~20%) and overall mortality (by ~7%) compared to screening via chest x-ray (1). This US study (the National Lung Screening Trial or NLST) was conducted in more than 50,000 high risk people (defined as current or former smokers aged 55-74 years, with a 30 pack-year history and, if former smokers, quit within the last 15 years). Unsurprisingly, this finding has led to calls for funding for lung cancer screening. 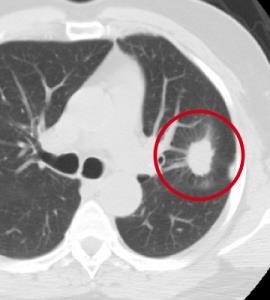 In December 2013, the US Preventative Services Task Force recommended “annual screening for lung cancer with low-dose computed tomography (LDCT) in adults aged 55 to 80 years who have a 30 pack-year smoking history and currently smoke or have quit within the past 15 years” (2). In Europe, decisions have been more cautious. Decisions may be dependent on the results of the Dutch Belgian randomised lung cancer screening trial (NELSON), results of which are expected next year (3).

Closer to home, the Australians have also assessed the evidence surrounding lung cancer screening (4). They conclude that there are still several issues to resolve, including evaluating the costs and potential harms. And similarly, despite the positive efficacy findings from the NLST(1), the authors of the NLST study state:

“Before public policy recommendations are crafted, the cost-effectiveness of low-dose CT screening must be rigorously analysed.” And,

“The cost-effectiveness of low-dose CT screening must also be considered in the context of competing interventions, particularly smoking cessation.”

Gaps in the puzzle

There are certainly some knowledge gaps to fill before any kind of policy decision on a population-based LDCT screening programme for lung cancer is made in New Zealand. Cost-effectiveness is the only criteria we are focusing on in this blog, but there are others: alternative strategies that could also reduce the burden of lung cancer, the capacity of the New Zealand health system to deal with another screening programme, the potential impact on inequalities in lung cancer, among others (5).

So, what about the cost-effectiveness of LDCT screening?

Since the results of the NLST, there have been a number of studies published on the cost-effectiveness of LDCT screening for lung cancer. Perhaps unsurprisingly, there is marked variation and it is difficult to generalise and ‘guess’ at the potential cost-effectiveness in the New Zealand setting. In short, the table below highlights the (wide) range of findings from various recent studies.

Note: dollars have been converted to New Zealand dollars using purchasing power parities from OECD, by year of publication. Dollars rounded to nearest $1,000 except for Shmeuli et al. Cited costs per QALY gained are for LDCT only, not including (say) adjunct smoking cessation.

What is causing the variation?

In general, the “bottom line” dollars per QALY in cost-effectiveness studies is far less important than in interrogating the assumptions and inputs that went into it. There are a range of reasons to explain the range of findings. Here are a few that may explain some of it:

What should NZ do?

At first glance, this is not clear. But let’s break it down to steps we think should be undertaken.

Second, uptake matters. We know that breast and colorectal cancer screening uptake rates are lower for Māori. Given the high lung cancer incidence among Māori, it seems unlikely that a LDCT screening programme would generate less health gain per capita for Māori, but this needs to be evaluated.

We predict that modelling of LDCT screening will show it is cost-effective, especially for Māori smokers. However, there will still be genuine uncertainty and unintended consequences. For example, some might argue that LDCT screening will find other pathologies that save lives (or conversely that were irrelevant and just generate anxiety and costs). Acceptability and feasibility are all issues that – if initial modelling evaluations suggest LDCT screening is likely to be cost-effective – may suggest a pilot study may be warranted (a colorectal cancer screening ‘replay’). Debate will be needed as to whether NZ can ‘cope’ with another screening programme, or whether we should just redouble smoking cessation focus (essentially worrying about the lung cancer incidence two or more decades into the future, and not those about to present now).

However, to not assess the likely health gains, inequality impacts and cost of lung cancer screening may risk leaving the issue open to speculation and partially informed decision making.

[1] QALY or Quality-Adjusted Life Year: The remaining life expectancy, adjusted for quality of life. Think of one QALY as one year of life in perfect health.

[2] In screening, overdiagnosis includes abnormalities detected that are of questionable malignancy and cancers detected that would not have been diagnosed in the absence of screening

5 thoughts on “Can CT screening for lung cancer in New Zealand be cost-effective?”