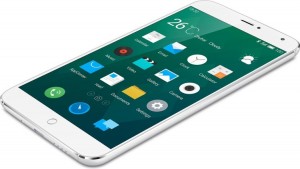 Are smartphone apps for weight loss and smoking cessation well-designed? We were involved in a study published in last Friday’s NZ Medical Journal that tried to answer that question from a NZ public health perspective. In this blog we discuss what we found and its implications for ‘what next’ for using these new technological tools for health research and promotion in NZ.

In NZ, tobacco use and overweight/obesity are the two leading risk factors leading to health loss [1]. The key ways to address these are probably price signals (e.g., tobacco tax increases [2,3]) and a healthier food environment (prices, marketing controls, and healthier food composition). In addition, individuals need support to change. Rapid evolution of Information & Communication Technology (ICT) offers ever more kinds of support, including innovative internet and smartphone technologies. Most adults have a smartphone [4], and are using ever more services through them.

For smartphone apps for weight loss, we noted two generally favourable reviews [14,15] but also that some recent studies did not report statistically significant weight loss [16-19].

So what did this new study do?

Overall, these 120 apps did not perform that well against the various criteria. The average scores across the four groups for the MARS scale were only: 51% to 62%; for weight loss: 29%, 32%; for smoking cessation: 18%, 20%; and for cultural appropriateness overall: 17%.

Nevertheless, there were still some high-scoring individual apps, with the top two apps in each category shown in the Table below.

An additional 48 hours of experiential use by the student researchers of the top 10 weight loss apps (5 Android, 5 Apple), found additional desirable features. These included low battery usage, provision of feedback, provision of motivation/encouragement, memory functions retaining previously logged meals, and offline functionality. But a problem was that most did not have a food barcode scanning capacity that was relevant to the NZ market. Additional details on the top five apps in each category are given in an online seven minute video and other more detail results are covered elsewhere [20].

Table: Final scores for the top two smartphone apps in each of the four groupings (weight loss, smoking cessation, Android and Apple)

What do these results mean?

The apps rated relatively poorly overall, but some individual apps had features covered in the relevant guidelines and so could potentially have some efficacy.

The potential to improve the apps to better support lifestyle changes, raises several issues of responsibility and capacity for a resource-constrained health sector. This is whilst the private sector continues to develop more health-related tools, a trend that may be accelerating with the introduction of the Apple watch and Apple’s health app.

A case can be made for public health authorities to assess health-related apps to recommend for use to support clinical care as well as self-care. Doing this would require both capacity and resources – including research funding for more RCTs to assess which features of apps are most important for effectiveness and maintaining long-term use. Of note is that some official endorsement of apps is being done by the National Health Service in the UK e.g., see this website.

An alternative case would be to develop capacity for public health authorities to develop health apps themselves. One vision could be to design an app that was intended to ‘house’ the person’s electronic ‘medical home’; of course linked to a secure web-database that all health professionals could access as they treated the person. Such an app ideally could include the sort of preventive advice and behavioural cues that are currently included in many kinds of apps.

Integration is a key task for the health sector; an integrated information system is critical infrastructure to enable effective and efficient integration between providers. Patient-centred care means that the patient should also be at the centre and control point for their integrated electronic medical/health record.

Does NZ have the capacity to develop such an information system? A simple initial step might be to start with the design of apps to help people with their personal health goals, such as becoming smokefree and losing weight.

We would be interested to start a conversation on the above ideas – so please give us your thoughts in the comments box below.

Acknowledgements: Three of the authors (NW, CC, WL) are supported by funding from the Ministry of Business, Innovation and Employment (MBIE), grant number: UOOX1406.

This entry was posted in Uncategorized and tagged app, smartphone, smoking cessation, weight management by Kate Sloane. Bookmark the permalink.