Menstrual Apps as Medical Information is a programme of research that aims to map the types of medical information offered by menstrual apps and what is necessary for understanding how to use this information.

Many thanks to everyone who participated in this phase of our study! We heard experiences and ideas that were wide-ranging and insightful. This update offers a first look at some key ideas that we are seeing, and we’re excited to be able to share them.

We opened an online survey for those who were interested to write down their perspective on the positives, concerns, and role of menstrual app medical information. We had a great response, with 144 people contributing to the survey. About half were app users, one-quarter were healthcare providers, 17% were patient advocates and educators, 6% app developers and regulators, and 3% were researchers.

Following the survey, we hosted online focus groups to discuss the role of menstrual apps in healthcare and to add depth to the key ideas of the survey responses. We had a total of 10 participants in the focus groups, mainly app users and healthcare providers.

Participants described positives, concerns, and the role of menstrual apps in healthcare. Their ideas suggest that the apps’ contributions can range from moderate to extensive. Apps may currently be able to fulfil some of the roles, but in other cases the apps’ capacity can only be speculated. Right now, we’re seeing four areas where menstrual apps could have a role in healthcare, as shown in the diagram below.

There is wide agreement, including among app users and healthcare providers, that apps are currently being used for record-keeping, by creating a calendar history of menstrual cycles and symptoms. There is also agreement that using apps for managing conditions and symptoms could be helpful, but that their apps are not well-suited.

Learning through app information can help in developing self-knowledge, although the quality and usefulness of this depends heavily on the quality of the app design and function. Finally, there was considerable variation in perspectives about whether apps could, or should, play a role in self-diagnosis. 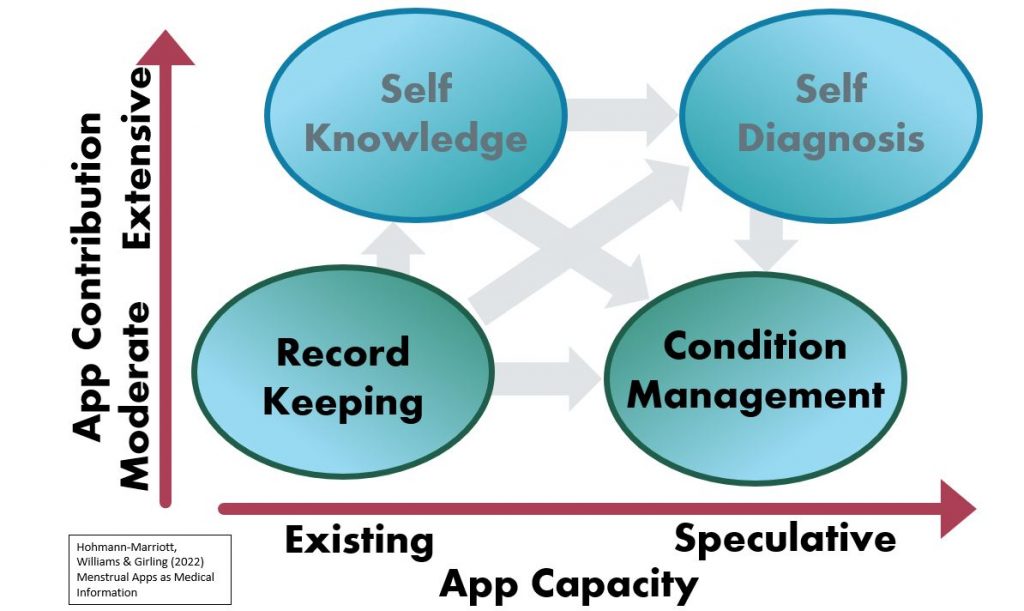 In the survey, we asked people to write from 1-5 words they associate with menstrual-cycle tracking apps. From that list, we generated a wordcloud to visulalise the most frequently mentioned words. Here we can see that the main words were describing the function of the apps for tracking cycles, planning, monitoring, record, reminders, and predictions. People also mentioned what is being tracked, mainly period, fertility, ovulation, and symptoms. 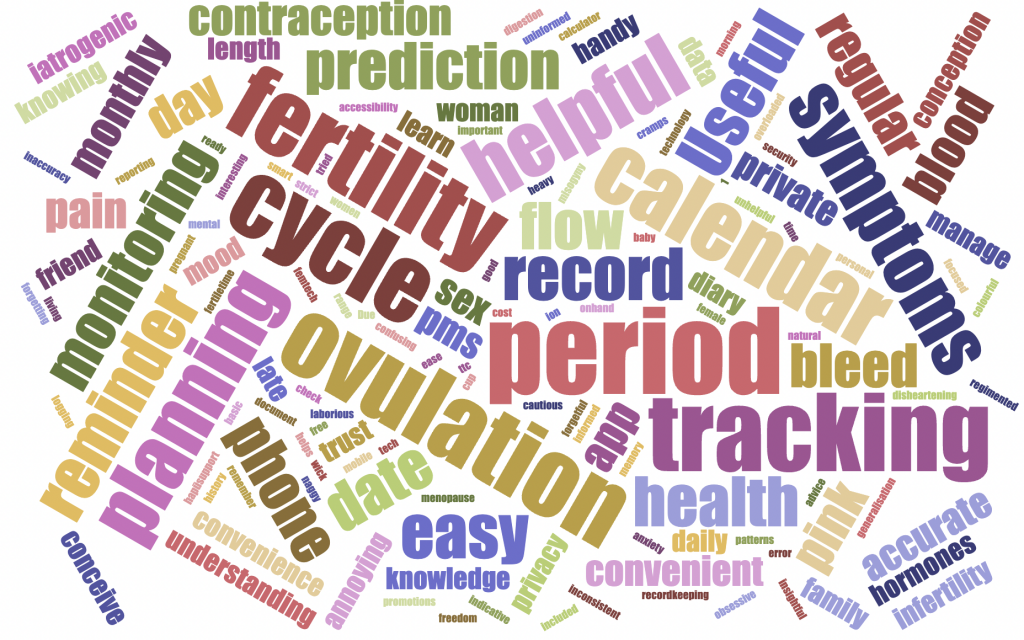 We’re looking forward to working with those continuing on this journey with us, and we invite people and organisations who are interested in this topic to contact us. Our next step will be to refine these initial ideas and share them. We’re writing research articles as well as planning presentations. Following that, we hope to seek input on developing this initial feedback into a set of guidelines that will be useful for app users and healthcare providers, as well as app developers and researchers. 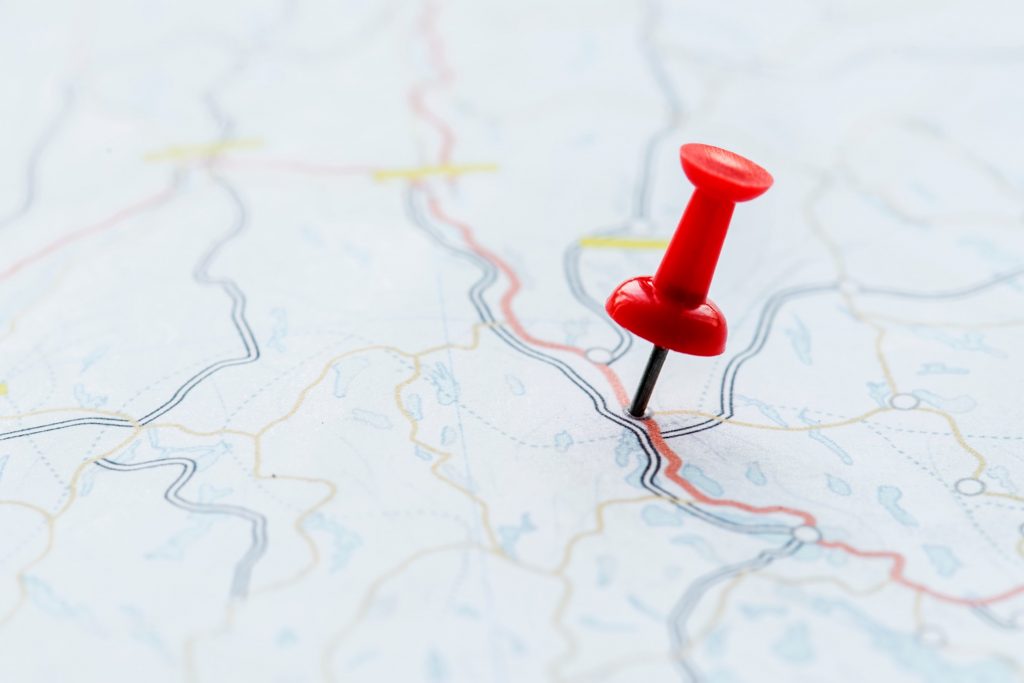 This research is supported by a Health Delivery Research Activation grant from the New Zealand Health Research Council.