Posted on October 1, 2010 by Annemaree Senior

A few members of staff have contacted the HelpDesk over the last semester with problems uploading zip files of assignments to SafeAssign. After some investigation, we’ve concluded that the problems are due to a combination of at least one slightly corrupt file in the package, AND the fact that they’re being zipped up on a Mac. We know that other Mac users have had no problems at all, and we also know that if you zip the same problematic files up on Windows, you don’t get this problem.

There are basically two approaches to fixing the issue. The first one is to (by a process of elimination) figure out which file is causing the problem, open it up in an appropriate application (Word if it’s a .doc, Preview if it’s a .pdf, etc) and re-save it. This is a good solution in theory, but it can take a long time to find out which file – and there may be more than one – is causing the problem.

The second approach is to use something else to zip it up, rather than the built-in Mac OS zip application. We recommend a freeware app called “Yemuzip”, which you can either grab from Mac Support (file – connect to server – enter “mac-support” in the address and hit enter), or from the Yemuzip website. Just install the application, then double click it to open and drag all of your assignments onto the window to zip them up. By default, it will zip them up as a “PC Compatible” file – you’ll see this specified after you’ve dropped your files in. After that, you should be able to upload your new zip file with no problems. 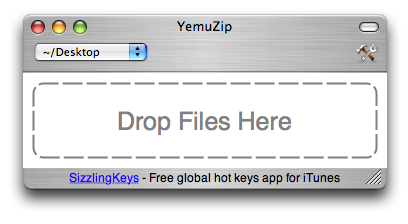 This entry was posted in blackboard and tagged safeassign by Annemaree Senior. Bookmark the permalink.