Posted on October 7, 2016 by Kristina Aluzaite 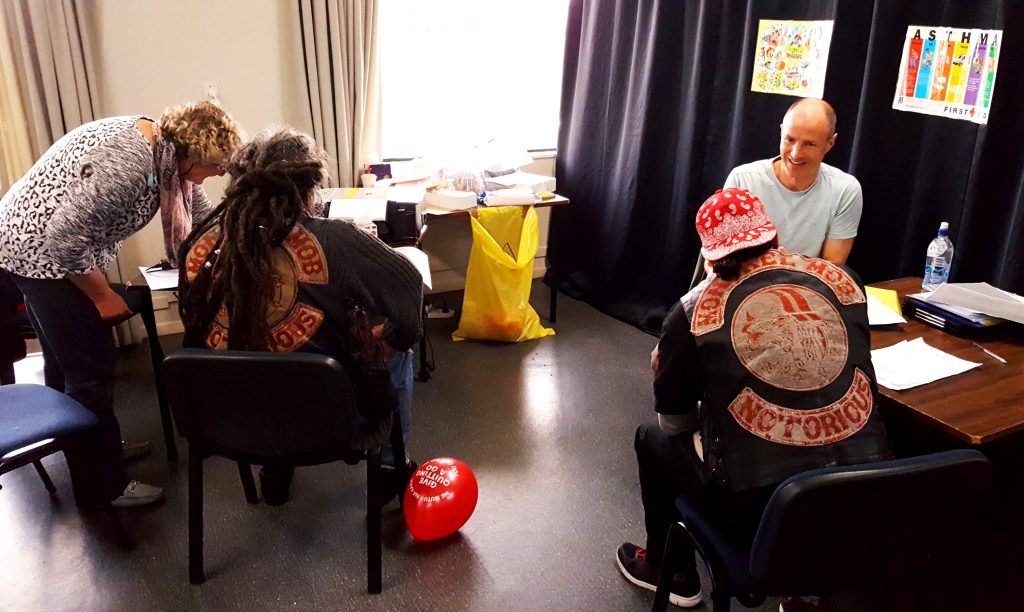 Health research in its nature is bound to change and benefit human societies; often its success being dependent on the collaboration with the target communities. Due to a combination of reasons some groups of people have less access to health resources and education and/or are considered high-risk populations. Hence exclusive effort and outreach programmes are sometimes instrumental for them to become a part of the general medical community. On 1 October a research team from the Otago University led by two medical doctors Michael Schultz and Jack Dummer had an opportunity to meet with the local Turangi Notorious Mongrel Mob chapter for liver and respiratory health studies and education sessions.

The Turangi Health Hui was a third event of this kind, following fruitful meetings in Dunedin and Wellington last year, where Associate Professor M. Schultz collected information on liver disease, focusing on Hepatitis C cases, as well as investigating participants’ level of knowledge on the topic. In addition to the extension of the liver study, Turangi Health Hui was joined by Dr J. Dummer and his team to look at asthma, chronic obstructive pulmonary disease (COPD) and smoking prevalence in the subject population. In addition to the epidemiological research, both groups had extensive educational campaigns. As the testing was happening non-stop, our educators Allison Beck from the Otago Southland Hepatitis C Resource Centre and Carol Fitzgerald, a clinical nurse specialist from the Southern District Health Board, were circulating the room discussing health hazards, available treatments and local healthcare providers and support groups.

The initiative was made possible by the third-year Otago Medical School student Jordan Tewhaiti-Smith, who has contact whānau/family member in the Notorious Mongrel Mob. Jordan’s unique combination of medical background and personal connections made the Turangi Health Hui a success. The team from Otago was joined by two local Southern Community Labs’ phlebotomists – Jackie and Cecelia, who kindly agreed to take blood for a liver function test and to test for Hepatitis C on an early Saturday morning. 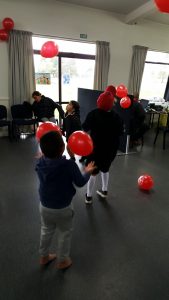 Needless to say the experience was unique and enlightening. The list of participants varied from solid-looking “patched” members to young children, mothers and teenagers. We received a lot of curiosity from the young folk and gratitude from the adult participants. The Hui started slow, but the numbers grew rapidly, as participants recognised the value of the work being done; many of them were actively inviting their family and friends to come along.

We received a total of 30 study participants that in combination with the Dunedin and Wellington meets make a solid number of Notorious Mongrel Mob members and their affiliates to draw some epidemiological conclusions and other assessments about this difficult to access group. Outcomes of which will hopefully be published as a valuable and one-of-a-kind study.

Communities can not only serve as targets or settings for health projects, communities are the ultimate health agents, and making these steps in engaging these groups has invaluable effects. We hope the Health Hui events with the Notorious Mongrel Mob provide a great example for community outreach programmes – a gap-bridging initiative and that they continue to improve health outcomes for marginalised people. We hope this will be a step towards a more open, collaborative and educational climate.