Posted on March 2, 2017 by Kristina Aluzaite

Inflammatory Bowel disease (IBD) is a chronic inflammation of intestine, resulting from a complex interplay of environmental factors, genetics and gut flora. It is known to have a heavy impact on affected persons’ lives and is very common in New Zealand and other developed countries. Two main types of IBD include Crohn’s disease and ulcerative colitis – both highly diverse in their symptoms and causes even within their types. The specific nature of inflammatory bowel diseases remains unknown and there is no cure; hence it poses an important health care challenge that researches from a number of fields are uniting their forces to tackle. 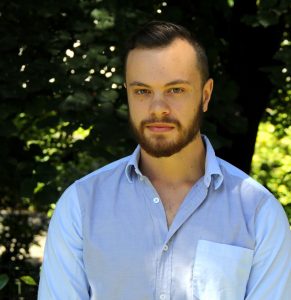 “You become less optimistic, but I don’t think optimism has much place in research.” Hamish Angus, PhD student at Roslyn Kemp’s lab

Hamish Angus is a recent Honours graduate, who just started his PhD studies (Congratulations!) at the A\Prof Roslyn Kemp’s lab at the Department of Microbiology and Immunology, University of Otago. He has spent the last year investigating causes behind the very common and highly debilitating Crohn’s disease.

Hamish joined the Roslyn Kemp lab for an honours project after a 3-year BSc in Microbiology degree; fascinated by the field, it was an easy decision for him to take a project investigating human immune response in Crohn’s disease. In collaboration with A\Prof Michael Schultz providing biopsy samples, Hamish was aiming to identify how do Crohn’s disease patient immune profiles differ from those of healthy people.

Your body’s defence against harmful substances

Your body’s immune system is a complex and well-balanced mechanism that defends you from potentially harmful substances. Some parts of your body, however, have to contain some “foreign” substances, such as food in your gut; hence your body “compartmentalizes” where your immune defence forces are located. In a healthy person there is little immune forces in your gut lumen (where the food passes). The inside of your gut is separated from your body by a physical barrier – gut epithelium lining. Anything that gets through the physical barrier gets “greeted” by an increasing concentration of immune cells and proteins.

In Crohn’s disease, however, that balance is faulty explains Hamish – “It can happen that your intestinal epithelial barrier is leaky, and things flow through, activating the immune response – inflammation. Inflammation is like a broad damaging effect that is aimed at wiping out everything that is in there pathogenic, but it also causes damage to your own cells. Hence, if you have leaky epithelial barrier, things will get through, causing inflammation that in turn will cause more leakage – creating a positive feedback loop of epithelial destruction. This leads to lesions in your intestine and all the symptoms associated.”
In his research so far, Hamish focused on profiling these differences aiming to understand Crohn’s disease better from the immune perspective.

After chatting about his research, Hamish provided some down-to-earth advice – “Don’t expect to solve anything” he said laughing. “You think a year is a long time, but in terms of research, it’s not; don’t expect to find anything revolutionary in the first year of your work.”

KA: Is it worth the effort?
HA: It’s amazing getting into it (research) and creating something – collecting your own data. It’s an amazing feeling, when you start writing and combining all the information you’ve been accumulating for all this time.
You learn quickly that you’re not going to cure anything within the first couple of months and you get a more realistic view about the process. And then it becomes more gratifying, as you do learn that the process is slow and it is even more satisfying when you do it.

You become more realistic, but it’s a good thing.

KA: How would you describe your study experience?
HA: You have a lot freedom, but you also get a lot of support – every step of the way your supervisor is there – so you’re not on your own. I think anyone who is interested in research should give it a go. 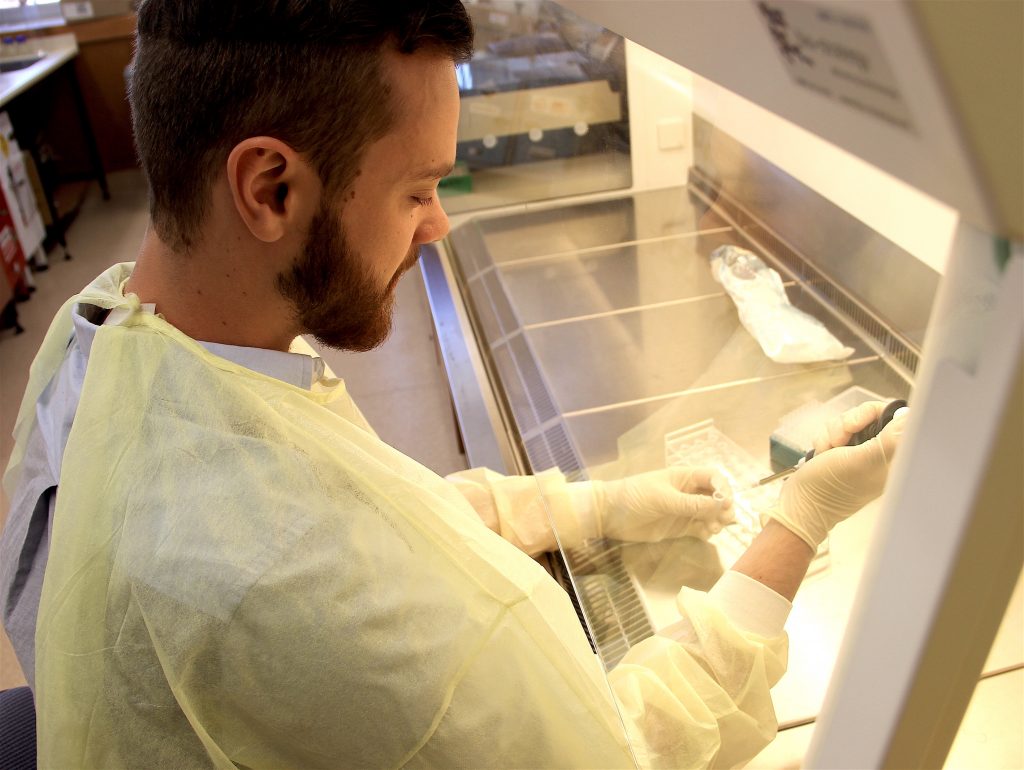 Hamish encourages better collaboration between fields of sciences, and says that it is important to combine the knowledge to even begin understanding the problem of Crohn’s disease

KA: Tips?
HA: Find a supervisor you can mesh with – talk to everyone and find someone you can get along with, as you will be talking to them multiple times every week.

KA: What was the most exciting thing you’ve learned during your honours year?
HA: The most exciting was joining Roslyn Kemp’s lab. There is a lot of teamwork and comradery, and the PhD students there are amazing, just insanely intelligent and you can bounce ideas off them and work towards finding the answer. I just really enjoyed the environment that goes along with selecting the right supervisor.