It was a busy summer in the McGraw group, which began with December’s announcement that Maserota, Rebecca and Wayne were each awarded Otago Ocean Acidification Research Theme funding to support new aspects of their research!

We were sad to say goodbye to Rebecca, who started an exciting post-doc position at the Royal Netherlands Institute for Sea Research. However, this loss was balanced by addition of three new group members (Elliot, Grace and Alice) and visits from Jon Havenhand (University of Gothenburg) and Christopher Cornwall (Victoria University of Wellington). 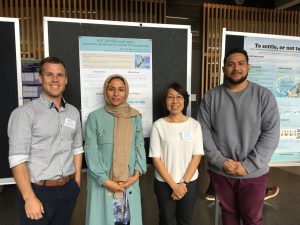 Finally, the Otago Daily Times confirmed what we all suspected: Maserota has the best flatmates.

Congratulations to Anna, whose article Chemical speciation models: simplifying the complexity of the ocean was published in the NZIC’s latest issue of Chemistry in New Zealand. This article was related to her BSc work at the University of Gothenburg (Sweden), where she studied natural organic ligands and the chemical speciation of copper. 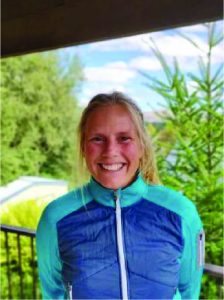 Congratulations to Wayne, whose ocean acidification sensors was one of four highly commended projects at the 2019 Otago Innovation Proof of Concept competition.

In addition, his work towards commercialisation, has led to his appointment on the Otago Momentum investment committee which “which provides access to world class advice, connections, and investment opportunities to students and start-ups across New Zealand.” The launch of the committee was covered in the Otago Daily Times.

July was a busy months for the McGraw group!

Denise Chen, Wayne Dillon and Habibeh Hashemi presented their newest sensors at the 2019 NZ Marine Sciences Society Conference in Dunedin in July. Congratulations to Wayne, who was awarded the MPI Prize for the “student poster making the best use of quantitative methodology”.

Our group’s research was highlighted in posters hung around the city for 2 weeks in July. As part of the Arts + Ocean project, Christina worked with fibre artist Hope Duncan, who made a beautiful jellyfish sculpture inspired by our lab’s work developing sensors for ocean acidification. The posters, which included photographs from the Arts + Ocean exhibition, highlighted the importance of the oceans. 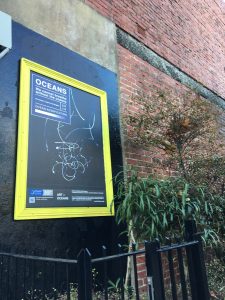 Finally, in spite of the smiles, we were sad to see Anna return to Sweden after a wonderful year in New Zealand. 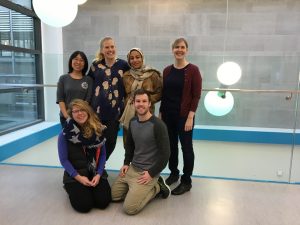 In June, Christina traveled to France and Monaco. In France, she co-led a pre-conference workshop (Setting priorities for research into changing ocean biological systems) and co-chaired a session (Multiple drivers and their role in ocean global change biology) at the Integrated Marine Biosphere Research (IMBeR) Future Oceans2 conference.

After IMBeR, she travelled to Monaco, where she led a 5-day International Atomic Energy Association (IAEA) workshop on Best practices for ocean acidification experiments in multi-stressor scenarios. It was a great opportunity to share MEDDLE resources with early career researchers from around the world. 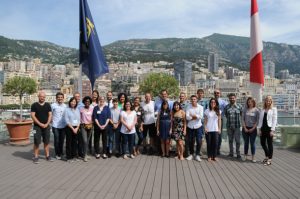 Congratulations to Denise Chen and Habibeh Hashemi, who were each awarded research funds through the University of Otago Ocean Acidification Research Theme! 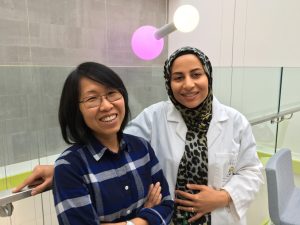 Denise will continue her work developing new materials for optical microsensors. Habibeh will begin to adapt her lab-based dimethyl sulfide sensor into a ship-board system.

February was an exciting month for the Research Group!

With the support of The Ocean Foundation and in collaboration with Dr. Krishna Kotra (The University of the South Pacific, USP), we set-up USP’s ocean acidification (OA) laboratory and helped deploy Vanuatu’s first OA monitoring system.

About 30 USP students, technicians and members of the community contributed to the project.

The team shows their enthusiasm by spelling out “OA”!

The instruments are deployed in Erakor Lagoon, using instruments Krishna received through the “GOA in a box” programme. 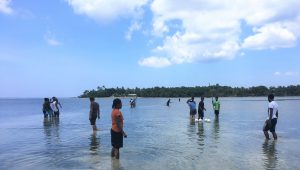 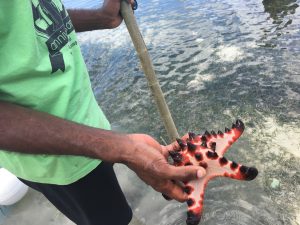 Another beautiful day at the beach.

The instruments were deployed on an anchor built by USP technicians using a repurposed cabinet drawer. Here, you can see Wayne’s newest sensor (blue box), which he deployed alongside the iSAMI pH sensor (black cylinder) from the GOA-ON kit. 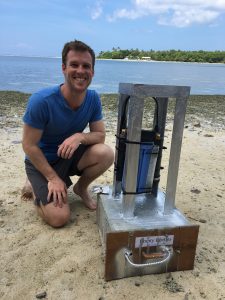 Thank you to The University of the South Pacific, The Ocean Foundation, GOA-ON, Dr. Krishna Kotra, and all of students, technicians and community members who contributed to this project.

Chris Cornwall, an ecophysiologist and Rutherford Fellow at Victoria University of Wellington, visited our lab this week. We spent the week testing Wayne and Anna’s new seawater sensors with Chris’s favourite coralline algae.

Chris is pretty excited to be in Dunedin – it is the first time he’s had this much fun with chemistry! 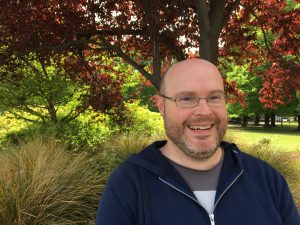