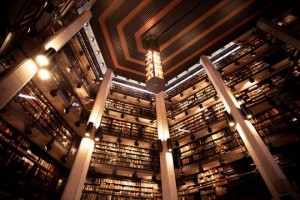 The Origins of “Rare Books”

What do we mean when we designate a book as “rare”? Ever since shortly after the invention of printing, and the consequent unprecedented numbers of books, people have had to make choices about what to keep. This course will examine how ideas of rarity have changed over the last five hundred years, why some books are especially valued, and how chance plays a major part in the survival of the materials from which so much of our memory is created.

Students will examine books from the entire history of European print, following trends in various countries as well as larger changes over time.  Each student will be asked to identify a particular book or topic to work on during the week and all participants should emerge with a clearer sense of the criteria that inform personal and institutional acquisition.

About the Instructor
Professor David McKitterick is Fellow Librarian and Vice-Master of Trinity College, Cambridge. His numerous books include the history of Cambridge University Press (3 vols, 1992–2004), Print, Manuscript and the Search for Order, 1450–1830 (2003), and Old Books, New Technologies (2013), which won the 2014 SHARP DeLong Prize for best book history title. He delivered the 2015 Panizzi Lectures on “The Invention of Rare Books.”

Advance Readings
The following selections offer an introduction to some of the themes and approaches that we shall be exploring: some concerning the book trade, some concerning collectors. There have been innumerable guides to what is thought to be rare at any one time. Professor Batts’s article outlines just one period and region.

John Carter, “Rarity,” in his Taste and Technique in Book Collecting (1948), 137–70.  A classic view, from a person with wide experience at the upper end of the book trade in Britain and the United States.

Seymour de Ricci, English Collectors of Books and Manuscripts, 1530–1930, and their Marks of Ownership. Cambridge, 1930.  The standard work, albeit now overtaken by more recent scholarship.

Kristian Jensen, Revolution and the Antiquarian Book: Reshaping the Past, 1780–1815. Cambridge, 2011.  Deals with a critical period in the history of our subject.